Why the CPEC should be well protected

Fishermen sort their catches at the harbor in Gwadar, Balochistan, Pakistan, July 4, 2018. /Getty

Editor's note: M. Alam Brohi is a former member in the Foreign Service of Pakistan, and retired after serving seven years as ambassador to the Kyrgyz Republic and Ambassador to Islamic Republic of Sudan. The article reflects the author's opinion and not necessarily the views of CGTN.

The China-Pakistan Economic Corridor (CPEC) provides many opportunities for Pakistan and confronts it with daunting challenges too, putting to a hard test its political will for good governance and diplomacy. While Pakistan's leaders are bound to address the aspirations of its federating units for equitable distribution of projects under CPEC, they have to foil attempts of hostile countries to sabotage the project.

The importance of the CPEC is underscored by economic and trade connectivity with Central Asia and beyond. The Central Asian region is rich in hydrocarbon resources, minerals and agricultural products, particularly cotton. The sprawling region bordering China, Afghanistan, Iran and Russia is landlocked and dependent on the seaports of China, Russia, Iran and Turkey, and potentially Pakistan.

Chinese and the Russian seaports are too distant to be profitable for these states. The Russian deep seaport of Vladivostok is at a distance of 9,500 kilometers.  Though relatively a short distance away, the route to the Black Sea ports of Turkey passes through the conflict-ridden Caucasian states. The Iranian seaport of Bandar Abbas is also located at a distance of almost 5,000 kilometers, while the Gwadar seaport is only 2,700 kilometers from Tajikistan.

This equally applies to the existing and potential oil and gas pipelines to connect with South and Southeast Asia and the world market. Apart from the Soviet-era pipelines carrying oil and gas from Central Asia to Europe, Russia has sponsored the International South-West Transport Corridor along with Iran and some 20 Eurasian countries and India with routes and railways from Iran to the Russian Caspian port of Astra Khan. 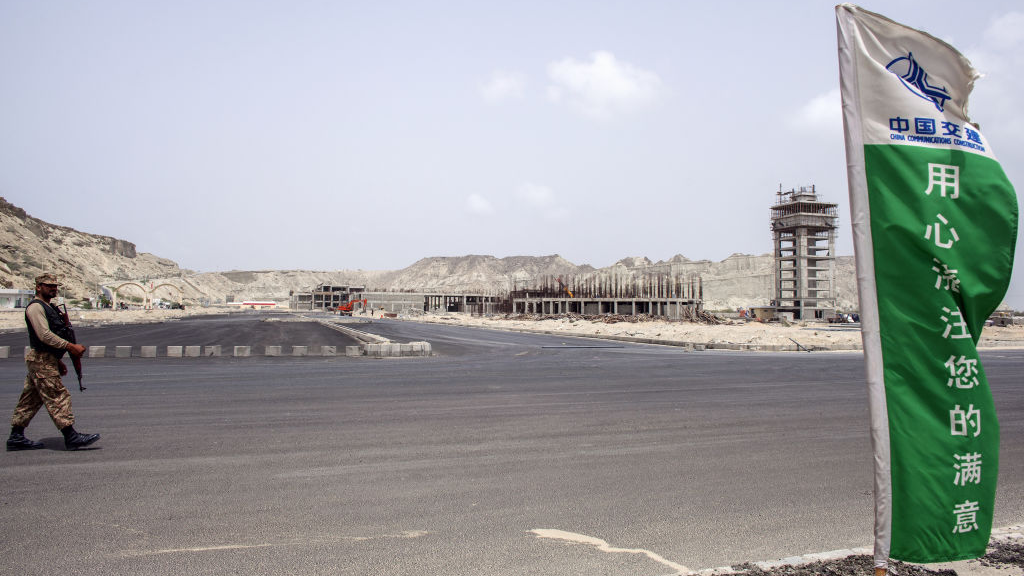 The second option with Central Asian Republics is to lay oil and gas pipelines from the Caspian Sea to the Black Seaports of Turkey. The first pipeline on this route was operationalized in 2006. The third option for the outflow of their oil and gas is to use the route to Afghanistan-Iran-Pakistan to connect with the world market.

The Asian Development Bank estimated in 2006 that after the operationalization of this economic connectivity within greater Asia, the trade between Central Asian states and Afghanistan would increase to $12 billion with the creation of some 750,000 jobs and the GDP of China's Xinjiang Uygur Autonomous Region would increase by 3 percent. The Eurasian Bridge being constructed by China beyond its Xinjiang to open direct trade links with Europe by overland transportation via Central Asia would considerably reduce the transit and freight charges of containers.

The road transportation of containers from China transiting through the Xinjiang region and Central Asia to Rotterdam would reduce transit time to 11 days from the present 20-40 days taken by the seaborne consignments with a considerable decrease in freight charges. This will give a tremendous boost to trade between Asia and Europe.

Strategically, Pakistan, Iran and Afghanistan enjoy vitally important positions compared to the other contenders in the new economic great game being played out in the Central Asian region. Pakistan is well placed to benefit enormously from the economic and commercial connectivity with the Central Asian region and the overland trade with Europe due to its connectivity with Xinjiang through the CPEC and Gwadar deep seaport.

The short transit period, short distance and reduced freight are important factors in promoting trade and transportation of commercial goods. The Gwadar port will potentially attract the bulk of the cargo transiting through Xinjiang to Europe.

China has been relentlessly following some well-defined foreign policy objectives in the Asian region through bilateral and multilateral diplomacy to help ensure political stability and security in the region and create an alternative transport corridor to Europe through Central Asia.

No doubt, the opportunities potentially coming our way for trade and economic connectivity are enormous but the foreign policy challenges are formidable. We have to review our bilateral relations with Iran and Afghanistan.

Peace and stability in Afghanistan are vitally important for Pakistan. We should fully support international and regional endeavors to create inclusive governing structures in that country.

We also have to neutralize the hostilities to the CPEC from within and without. The U.S. and India are opposing the project. The security of the routes would be the main factor for Gwadar to flourish. The main challenges at hand are to rehabilitate our economy; to get out of the vicious quagmire of debts, corruption and economic mismanagement and to overcome ideological, parochial and ethnic divides within the society.