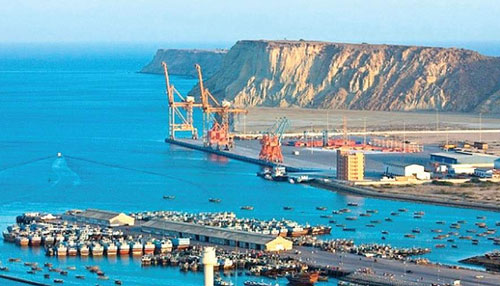 In the Chinese Belt-and-Road Initiative (BRI), China-Pakistan Economic Corridor (CPEC) holds a central value as it connects the terrestrial Silk Road with the Maritime Silk Road.

In other words, CPEC acts as a bridge between the two most important trading routes of the BRI.

Moreover, the Gwadar Port—also known as the Crown Jewel of CPEC—is instrumental in connecting the landlocked Xinjiang and other western Chinese provinces with regional markets and global trading hubs.

This is because western China is located much closer to Gwadar port than the Eastern Chinese ports, and this proximity has the potential to further develop western China via the spill-over effects of CPEC and regional trade.

While research on CPEC is still scant, this author had the honour to write his Masters of Philosophy (MPhil) dissertation at the Pakistan Institute of Development Economics (PIDE) on CPEC.

The exact research question probed the impact of CPEC on bilateral and regional trade using the ‘Gravity Model’ of International Trade.

Modern economics research based on econometric analyses usually augments the gravity model to include other variables.

For example, this author augmented the gravity model of CPEC to include foreign direct investment (FDI), per capita income, trade restrictions (such as tariff and non-tariff barriers), relative distance and the effects of a common language, landlocked and free-trade agreements as other explanatory variables for estimation.

Using the Panel Data estimation techniques of fixed effects (FE) and random effects (RE), I found that the CPEC will directly increase the regional trade flows by a whopping 119%.

This means that with a fully operational CPEC, the regional (South Asian) trade will increase from the current $23 billion to $49 billion.

In addition, this author created an interesting hypothetical bloc denoted CPEC-1 by including India, Iran, and Afghanistan (i.e., Pakistan’s neighbours) as partners in the CPEC project.

The purpose of this inclusion was to test the impact of CPEC-1 on regional trade flows.

The addition of CPEC-1 in the gravity model was inspired by speculation in the media vis-à-vis the inclination of many [regional] countries to join CPEC.

This author expected that a larger bloc of CPEC will create more trade flows in the South Asian region, especially considering the inclusion of India and Iran, which are big economies ranked at 5th and 22nd respectively.

However, the results were nothing but surprising. The econometric estimation of the Gravity Model containing CPEC-1 revealed that such a bloc will decrease the regional trade by 25%! In other words, a CPEC bloc with India, Iran and Afghanistan as additional partners will decrease the South Asian trade flows from the current $23 billion to $17.25 billion.

This unexpected result can be interpreted in various ways. First, the militancy fuelled in Pakistan by India via RAW and its proxies such as the Tehrik-e-Taliban Pakistan (TTP) and Balochistan Liberation Army (BLA) is directly responsible for creating unrest and political instability in Pakistan hence affecting its economic activities.

These militant organizations are also responsible for the kidnapping and killing of many Chinese engineers and labourers in Baluchistan and other areas of Pakistan.

Research shows that for every 100% increase in terror incidents, the level of bilateral trade falls by 4%.

This is because terrorism increases the cost of business (such as cross-border documentation, insurance fees), transaction costs, freight costs, besides resulting in a general atmosphere of fear and uncertainty.

Second, the hostile environment created in the South Asian region by a belligerent right-wing India led by Hindutva has sowed the seeds of division and hatred among the neighbours who once enjoyed friendly and peaceful diplomatic ties.

As a result, diplomacy is replaced by cautious militarism and which is having a direct negative effect on regional trade and economic development.

This explanation is also backed by empirical evidence. For example, a study conducted by American political scientist Brian Pollins states that the level of bilateral and multilateral trade between and among countries is directly affected by the quality of their diplomatic relations.

Similarly, Acemoglu and Robinson (2012), in their landmark book titled Why Nations Fail: The Origins of Power, Prosperity and Poverty also assert that many economic phenomena have their roots in political developments, and regional trade is no exception.

To conclude, the BRI in general and CPEC, in particular, is a game-changer project for the region.

While many analysts have compared the project to “Marshall Plan”, the reality is that BRI is far more efficacious as it has the potential to bring entire countries and regions out of poverty and towards sustainable [economic] development, while the Marshall Plan was merely an aid program having no growth or development repercussions for the recipient countries.

In this context, then, Pakistan’s neighbouring countries, especially India, are well-advised to shed their truculence and join hands with Pakistan & China in making CPEC a success by promoting peace, fostering diplomatic ties, and cracking down against terrorist outfits.

Such an attitude will yield win-win results for all stakeholders and will make CPEC an engine of growth and international trade in a region which is home to 29% of the world’s impoverished population.