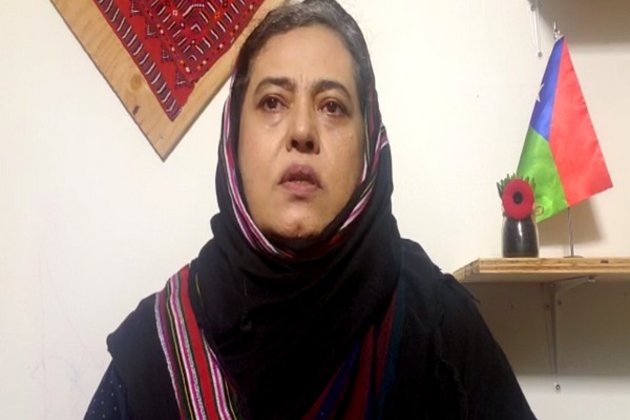 Toronto [Canada], December 22 (ANI): A prominent Baloch political activist has alleged foul play behind the mysterious death of Karima Baloch, a young Baloch activist in Canada, saying the Baloch leaders and activists need protection as they are on the target of Pakistan's secret agencies.

Naela Quadri Baloch, Chairperson of Baloch People's Congress, who is also living in Toronto said, "The cold-blooded murder of Baloch leader Karima Baloch is totally unacceptable for the Baloch people. It is a matter of grave concern for us - those Baloch activists who are not safe in Balochistan and to raise their voice if they leave the country, the ISI goons, their assassins, their target-killers, they chase us."Karima Baloch, who escaped Pakistan in 2016 to take refuge in Canada, was found dead at Harbourfront on Monday. The police found her body drowned off an island just near Toronto's lakeshore.

Karima had been a harsh critic of ex-Pakistan Army officers settling down in Canada and was one of the most vocal proponents of Balochistan's independence from the Pakistani occupation. She was a courageous woman and a thorn in the side of ISI operatives in Canada.

She said, "They have chased Balochs in Kandahar. You have heard Gul Bahar Bugti and his son, before that many Baloch refugees in Afghanistan were targeted and killed. And, you have heard about Sajid Hussain. He was an eminent (Baloch) journalist and he was killed mysteriously. Till now, we don't know what happened. And now, this brilliant lady Karima Baloch, who was a very strong voice for Baloch rights in the United Nations and her life was at risk. She was one of the highly risky people and we expected that the United Nations and the government of Canada, should have provided protection to the people but we don't see any".

"Is Canada became an open ground for ISI (Inter-services Intelligence) to play here and kill people. Is Europe now open for ISI to come and kill people? Before that UAE handed over Rashid Husain Baloch, a human rights activist to Pakistani agencies. It's been two years now and we don't know where he is, said Naela Baloch.

She added, "When the outside world deals with us as Pakistanis that's not fair for the Baloch people. Baloch people should have been given proper protection in Europe, Canada, America, the Arab countries and everywhere especially in Afghanistan where we share the longest border with them so we can go there easily. United Nations is working there (in Afghanistan) but not providing protection to Baloch." (ANI)