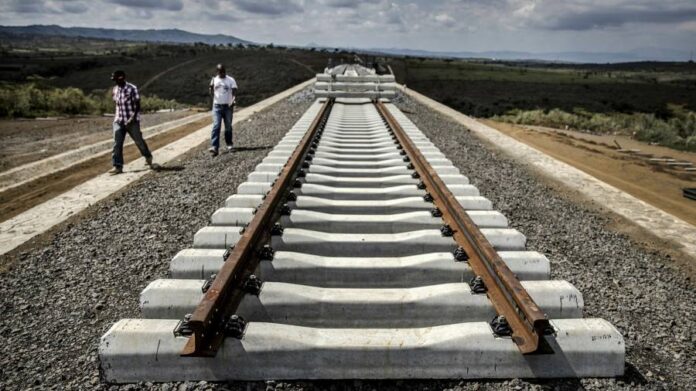 China has received a wave of applications for debt relief from crisis-hit countries included in the “Belt and Road Initiative” as the coronavirus strains the world’s biggest development programme.

Chinese policy advisers and bankers told the Financial Times that Beijing was considering a number of responses, including the suspension of interest payments on loans from the country’s financial institutions. But they also warned against expectations that China would forgive debts outright.

“We understand a lot of countries are looking to renegotiate loan terms,” said a researcher at the China Development Bank, a Chinese “policy bank” that — along with the Export-Import Bank of China — spearheads hundreds of billions of dollars in lending to BRI projects around the world.

“But it takes time to strike a new deal and we cannot even travel abroad right now. The BRI loans are not foreign aid. We need to at least recoup principal and a moderate interest,” said the researcher, who did not want to be named.

“It is OK for 20 per cent of our portfolio projects to have problems,” the researcher added. “But we can’t tolerate half of them going under. We might consider extending loans and giving interest relief. But in general our loans are issued according to market principles.”

The BRI, which was launched in 2013 as the signature foreign policy initiative of President Xi Jinping, is aimed at building infrastructure and boosting China’s influence around the world. Most of the 138 countries that have officially signed up to the BRI are developing nations, many with the weakest credit ratings in the world.

China releases few of the financial details in BRI infrastructure projects. But RWR Advisory, a Washington-based consultancy, estimated that total announced lending by Chinese financial institutions to BRI projects since 2013 was $461bn. Even allowing for the low completion rates of announced projects, such a sum makes the BRI by far the biggest development initiative in the world.

Several of the countries that have applied to Beijing for debt relief are understood to be in Africa, where the Chinese government, banks and contractors have lent $143bn between 2000 and 2017, according to the Johns Hopkins School of Advanced International Studies.

China signed up to a G20 agreement this month to freeze bilateral loan repayments for low-income countries until the end of the year. The G20 initiative said that it covered “all official bilateral creditors”, a definition that appeared to include lending from Chinese policy banks.

However, diplomats said that the process of identifying which loans in which countries would be eligible has only just begun and that negotiations were being undertaken with China on a bilateral basis — handing a great deal of leverage to Beijing.

A policy adviser to the Chinese government, who declined to be identified, said that Beijing’s preferred option in dealing with national requests for debt relief would be to “suspend interest payments” on loans. However, some borrowers with “good market order” may be allowed to reschedule their loans.

Forgiving debt permanently would be a “last option”, the adviser said. Recommended AnalysisCoronavirus Online classes exacerbate China’s rural-urban education gap Mei Guanqun, a researcher at China Center for International Economic Exchanges, a government think-tank in Beijing, said China had not formed a plan on dealing with the growing requests for debt relief.

“But there are a few rules of thumb,” he said. “First, China’s commercial banks like [Bank of China] and [Industrial and Commercial Bank of China] are unlikely to forgive loans because they are under pressure from Beijing to meet financial targets,” Mr Mei said.  “Second, China Development Bank and China ExIm Bank may provide sovereign loan relief to countries that are friendly with us,” Mr Mei added.

“We may cut interest rates by a few percentage points or have it removed. We could also reduce principal payment by a moderate amount. The idea is to keep borrowers from going under, which may undermine our interest.” With so much in flux, China faces a delicate balance between maintaining relationships with BRI countries and attempting to limit the haircut it takes on debt repayments.

Andrew Davenport, chief operating officer at RWR Advisory, said that Beijing was sensitive to the perception that the BRI facilitated “predatory economic behaviour” by China, claiming valuable assets as collateral when countries fail to pay debts.

“The narrative certainly matters and indeed they seem to worry about it,” Mr Davenport said. “If they can persuade people not to always be looking at what mischief Beijing is up to but rather to see the ‘goodness’ on offer, that’s a winning formula for China.” But one thing is clear: the BRI is suffering a body blow. With so many recipient countries facing economic peril, the calls for debt relief will only grow, depriving Mr Xi’s grand design of forward momentum.

“Progress of China’s BRI infrastructure projects will hit a roadblock due to the ongoing . . . pandemic,” wrote Fitch Solutions in a research report published this month. “As the global economy sinks into a recession, BRI countries, especially frontier markets, are unlikely to take on fresh debt to finance new projects in the near term,” it added