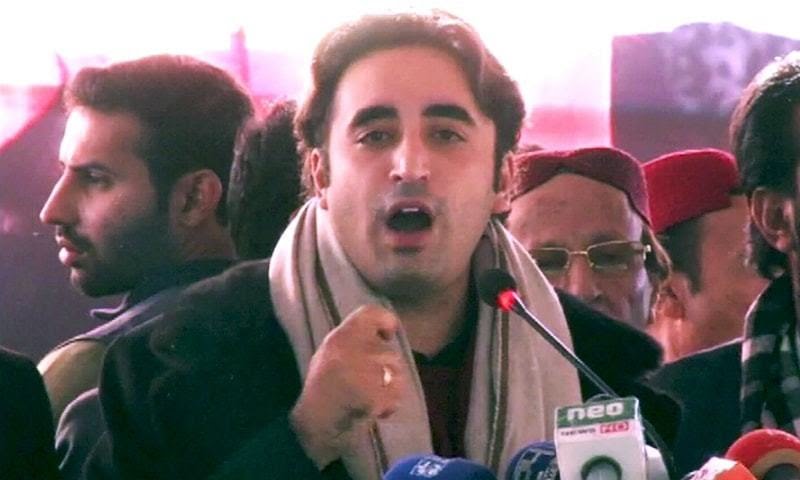 PPP chairman Bilawal Bhutto Zardari on Sunday accused the government of disregarding the people of Balochistan in charting out the route of the China-Pakistan Economic Corridor (CPEC) and keeping them deprived of their share of benefits from the project.

"We brought revolutionary programmes such as CPEC for you, the people of Balochistan [...] the vision of former president [Asif Ali] Zardari was for the route to begin with the most backward areas of Pakistan, namely Fata and Balochistan, but I regret to say the route was changed and instead, the project began from Lahore and Sindh," said Bilawal, addressing a PPP workers convention in Quetta.

"We want the people of Balochistan to benefit from CPEC but this incompetent, unqualified puppet government has failed in providing you the benefits.

"Only PPP is capable and it is the only party to have ever strived to deliver the benefits of a project to the residents of the area it is launched in."

Citing examples whereby citizens of Thar were empowered as a result of the Thar coal power project, the PPP chairman said: "The women of the Thar desert are now working [in a range of roles] from truck drivers to civil engineers."

"The coal of Sindh is used to power Faisalabad's powerplants," he added, as he continued to speak of the "feats" made possible in Sindh by the PPP.

Bilawal said that it is "evident that the power is being stolen from the people and handed over to the selected and the selectors".

The PPP chairman, saying that the same was true in the case of politics in the country, alleged: "We are not being led by our representatives but the selected and the selectors."

He also questioned the restrictions on media, which allow the interviews of "members of banned organisations", RAW agent Kulbhushan Jadhav, and Indian airforce pilot Abhinandan Varthaman to be aired, but not of former president Asif Ali Zardari.

"Pakistan is the only country where numerous people go missing and the fault is always theirs and never the state's," said Bilawal, in further criticism of the government.

Bilawal said that the "selected prime minister" was not only "stealing" the share of resources that should go to the provinces, but was also "placing the burden of his incompetency" onto the people.

"He who promised 10 million jobs and 5 million homes is not only stealing existing jobs but the roof over people's heads in the name of encroachment," said the PPP chairman.

Bilawal alleged that the government was wilfully causing the "economic suicide" of farmers by taking away subsidies and of the elderly by not increasing their pensions.

He said all of Pakistan, from the white-collared worker to labourers, are being "swept away by the tsunami of inflation".

The PPP chairman, like in the past, also accused the government of making economic decisions according to "PTIMF", a reference to the PTI allegedly working on the directives of the International Monetary Fund (IMF).

Bilawal alleged that the prime minister had spent 20 years campaigning against robbers and looters of the state but had now introduced a tax amnesty scheme for them. "But there is no tax amnesty, no bailout for traders and farmers," he said.

He said that PPP, during its tenure, had also battled price hikes, combatted the global recession and entered into programmes with the IMF but "safeguarded the people's interests while doing so".

He said the government will have to accept that "the source of power are the people" of the country.

'Underaged politician oblivious to puppets within his own ranks'

Responding to Bilawal's address in Quetta whereby he was "defining [Zulfikar Ali] Bhutto's vision", the government's spokesperson Firdous Ashiq Awan said that "if Bhutto is alive, the poor people are dead".

"If Bhutto's vision was alive, these worshippers of wealth would not be squirming under the grip of the law the way they are."

She said that Bilawal — whom she termed an underaged politician — loves to refer to the prime minister as a puppet but is "unaware of the number of puppets within his own party whose strings are being pulled".