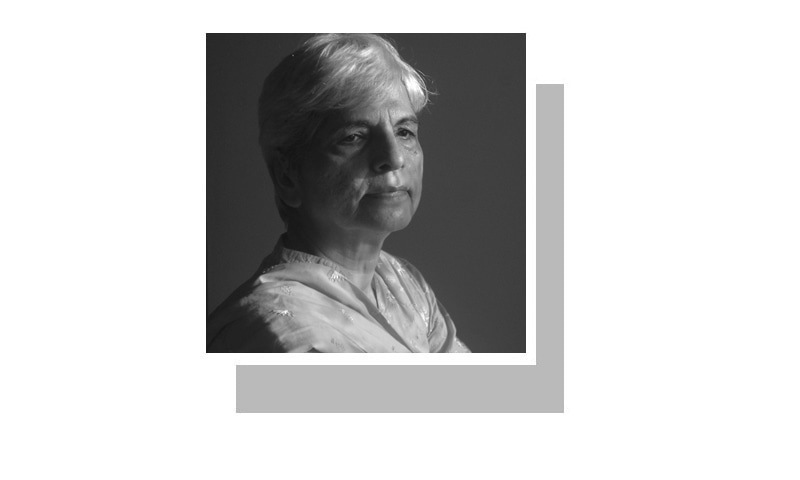 UNTIL recently a college textbook in Punjab described the Baloch as “uncivilised people who engaged in murder and looting”. This criminal aberration came to light three years ago when a senator from Balochistan discovered it and raised a hue and cry about it in the upper house of parliament.

I am not sure if this figment of a sick and prejudiced imagination has since been rectified. It is surprising that the author failed to appreciate the significant scholarship a small community of seven million with a low literacy rate has managed to produce.

No wonder, Baloch activists complain of their cultural identity and language being demonised and their intellectuals being killed. This has historically been the way of invading barbarians who feared knowledge and attempted to destroy it.

For me, a visit to the Sayad Hashmi Reference Library in Malir, Karachi, was an inspiring experience. Named after an erudite scholar, Sayad Zahoor Shah Hashmi (1926-1978), who devoted his life to the Balochi language, the kutubjah is a treasure house of knowledge on “Balochistan, Baloch and Balochi”. In fact, the flyer that the president of the library, Dr Ramzan Bamri, gave me described it as a ‘Journey of Balochology’.

With such significant scholarship, how do we explain the low literacy rate?

I had never heard this word before but when I visited the library and saw the treasure it stocks I realised that the language merits a term like this to describe the scholarship it is endowed with. I learned from Dr Bamri that the library has a collection of 25,000 books in Balochi and in other languages about Balochistan. All journals published in the Balochi language all over the country since 1951 are archived here. At one time, these numbered 30 but today only one survives.

The library is itself a labour of love — love of the Balochi language — founded in 2003 by the renowned poet, Saba Dashtiyari. He donated his entire collection and half his monthly salary he received as a professor in the Balochistan University, to the Sayad Hashmi Reference Library till 2011 when he was assassinated.

I also discovered to my great pleasure that there are quite a few Baloch libraries around. Close by is the Imam Bakhsh Baloch Memorial Library, which I also visited, in Siddiq Village where Akbar Wali, library in-charge, has organised an arts and theatre group and also a football team. Such institutions invariably become the focal point of intellectual and cultural engagements. Wali also organises classes for children of the neighbourhood.

There are three libraries for Baloch youth in Lyari. “Once upon a time there used to be 27,” I was told. The activists are determined to restore Lyari’s book culture that was destroyed by the violence induced by the gang wars that engulfed the locality. Their commitment to the cause of learning is remarkable. Nearly 50 books in Balochi are published every year from Balochistan and other places where the Baloch are concentrated.

The real challenge is the distribution of these books as the Balochi speakers are very scattered, even in the province itself. Two universities — Balochistan and Turbat — have full-fledged departments of Balochi language and literature. There are numerous institutions involved in research and intellectual activities, the Baqi Baloch Academy (Quetta) being the biggest. The two-day Balochi Literature Festival held in Lyari in September testified to the public interest in intellectual discourse. The organisers mobilised nearly 168 Balochi language writers and authors to participate as panellists.

With such a rich heritage of scholarship, how does one explain the low literacy rate (41 pc) and the inadequate school enrolment ratio in Balochistan? The fact is that limited opportunities for education and rampant poverty act as barriers to growth. The Annual Status of Education Report’s scorecard does not give a high rating to the standard of education in Balochistan. Above all, children are not taught in their mother tongue and are losing their motivation to learn.

Take the case of Lyari. With a population of nearly a million, it has 120 government schools and 300 private schools. Competing with them are 120 madressahs many of which provide free meals to their students. Who will win? Credit goes to those who still manage to reach school and remain motivated and focused.

Prof Wahid Bakhsh Buzdar who teaches Balochi at the Quaid-e-Azam University Islamabad is a well-read man, his knowledge and understanding of issues are profound. He is not too happy with the standard of education in Balochistan. The situation has not been helped by the “politicisation and commercialisation of education”. Then there is the “hegemony of the religious establishment that is out to destroy critical thinking”.

This leaves one wondering about the state of unrest in Balochistan that the government is trying to counter by resorting to force. Wouldn’t educational reformers with vision and dedication and an effective poverty alleviation programme do a better job than soldiers in uniform?