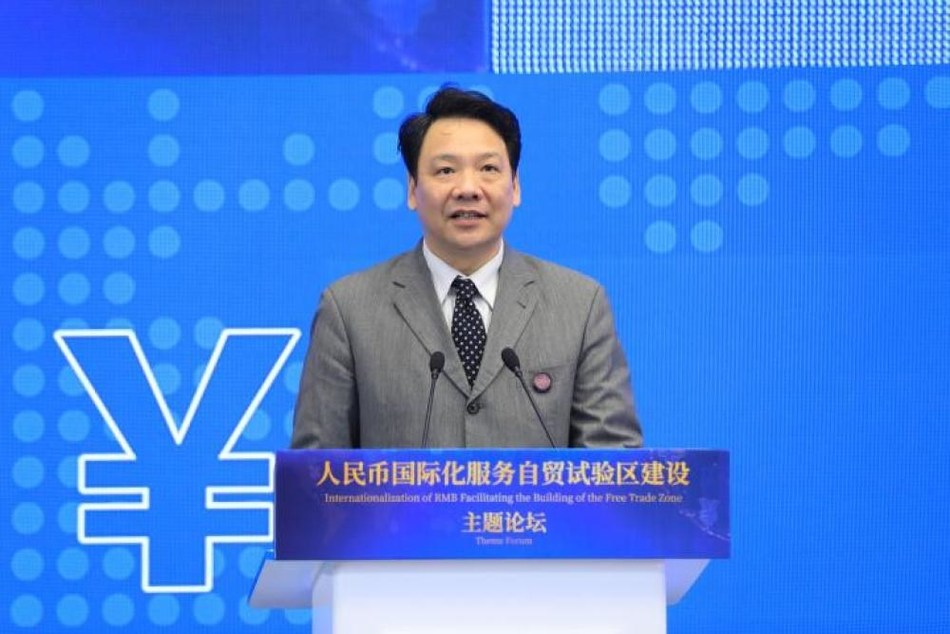 Chen Yulu, deputy governor of the People's Bank of China, gives a speech at the forum

Cross-border RMB use has developed from sporadic border trade settlement to the application in an all-round way, and expanded from current account to capital account, from trade to financial transactions, from banks and enterprises to individuals, and from simple to complicated operations, said Chen.

RMB internationalization has seen rapid development in capital market, and investment in RMB assets by central banks, multinational financial institutions, and asset management firms have been growing. By far, 62 of the world's top 100 asset management companies have entered China.

"Since the establishment of the Shanghai pilot FTZ, China has launched 18 pilot FTZs. The deepening of the RMB internationalization and FTZ construction has become carriers of China's participation in global economy and institutional innovation," said Wang Xiquan, chairman of the Board of Supervisors of the Bank of China (BOC), one of the country's big four state-owned lenders.

The PBOC has launched a string of pilot measures in Shanghai FTZ for capital account convertibility, including prudential management of cross-border financing, two-way RMB capital pools of multinational enterprises, and some of them have been introduced to other FTZs and even the whole country.

The forum was held by the PBOC and the BOC, and supported by China Economic Information Service (CEIS) of Xinhua News Agency.