US Woos Asia With Plan to Rival China’s ‘One Belt, One Road’ 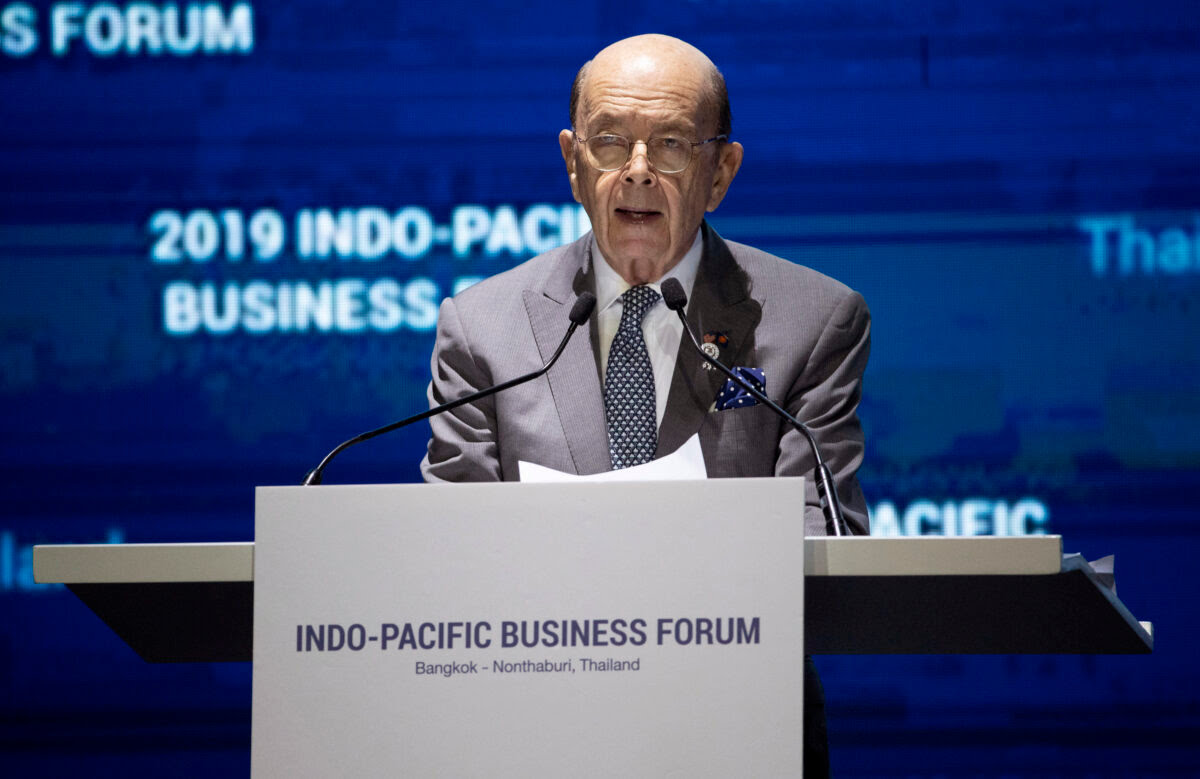 By The Associated Press

BANGKOK—Commerce Secretary Wilbur Ross said on Nov. 5 the United States will invest and trade more in Asia as it rolls out an American plan to support “sustainable” projects in Asia as a counterpoint to China’s multibillion-dollar “One Belt, One Road” infrastructure initiative.

Ross is leading a high-powered trade mission in Asia and along with national security adviser Robert O’Brien attended meetings at a regional summit that wrapped up Monday on the outskirts of Thailand’s capital.

Like O’Brien, he sought to dispel suspicions that President Donald Trump’s administration is disengaging with the region, a sentiment that deepened when Trump sent his adviser to the annual summit, skipping it for a second straight year in order to campaign.

Protect yourself against fake news. Get real news directly to your phone. Download The Epoch Times app here.

“We have no intention of vacating our military or geopolitical position,” Ross told reporters in a conference call.

He said many people had misinterpreted Trump’s 2017 U.S. decision to pull out of a regional trade deal, the Trans-Pacific Partnership, as a sign of waning interest.

To illustrate that commitment, U.S. officials launched the Trump administration’s “Blue Dot Network” on Monday at a high-powered business conference attended by 1,000 people, including more than 200 American business executives.

The plan’s name is a reference to the late scientist Carl Sagan’s book “Pale Blue Dot” and the photo of Earth taken by Voyager 1 from more than 4 billion miles (6.4 billion kilometers) away.

Speaking on the same day the United States formally withdrew from the Paris climate agreement, Ross said the Blue Dot Network was in its early stages but that it will include countries committed to “sustainable infrastructure development.” Earlier, O’Brien told reporters it was akin to a “Michelin Guide” for rating investment projects in infrastructure—the roads, ports and energy systems that keep economies and communities running. 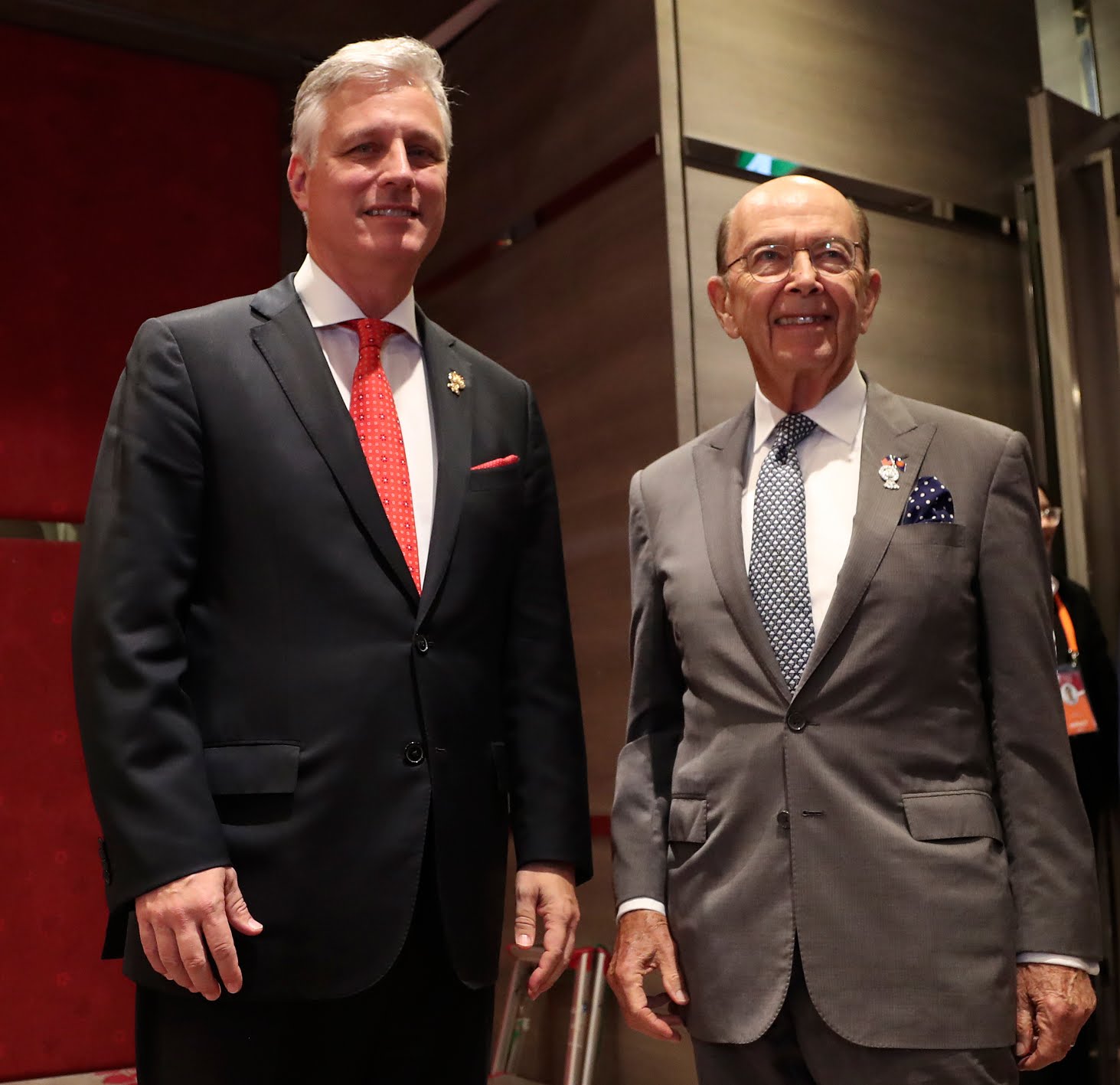 It’s unclear exactly what sort of investment commitments would come of the initiative, described by the U.S. government as an alliance of governments including Australia and Japan, companies and civil society “under shared standards” that would provide a “globally recognized seal of approval.”

At the business forum in Bangkok, Japan and the United States signed a statement pledging to coordinate on $10 billion in Japanese investment in liquefied natural gas projects. Other plans include an agreement to work with the Asian Development Bank in arranging up to $7 billion in financing in other Asian energy projects.

O’Brien said the initiative would counter the trend toward what he said were projects that were not “high quality” that had led countries into debt traps—alluding to complaints by the United States that the vast network of Chinese-backed projects under the “One Belt, One Road” (OBOR, also known as Belt and Road) initiative are undermining the sovereignty and financial stability of the countries involved.

But it’s part of the Trump administration’s foreign policy vision focused on what it calls a “Free and Open Indo-Pacific,” laid out when the president traveled to a summit of the Association of Southeast Asian Nations in Manila, Philippines, two years ago that he ended up leaving early.

According to U.S. government figures, trade with the region topped $1.9 trillion in 2018 and helped support more than 3 million U.S. jobs.

As Ross was talking up U.S. trade and investment in the region, saying of Australia, “We’d be delighted to sell more military aircraft if that suits your department of defense,” China opened a lavish import expo Tuesday in Shanghai showcasing its own eagerness to do business.

The summit meetings in Bangkok made halting progress on a sweeping free trade deal, the Regional Comprehensive Economic Partnership, that is seen by many as a rival to the Pacific Rim accord rejected by Trump.

Fifteen of the 16 countries involved said they were prepared to push ahead with that China-backed plan, though India, one of the biggest, was stepping aside and not yet ready to commit to opening its markets that fully or quickly.