Plugging into Balochistan and its governance through conflicting geo-political interests 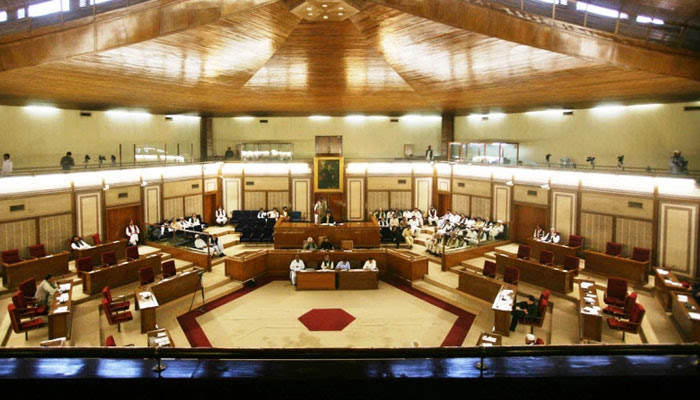 As Balochistan government is almost 15 months old, there are indications that it has succeeded in reducing levels of corruption, unlike its predecessor government hit by mega scandals of graft and misuse of powers. There are also reports that the government has chased ghost development schemes and discontinued funding for these projects which were only on paper.

Following a successful transfer of power after July 2018 when an elected government completed five years in office, a veteran Politician Jam Kamal put together a coalition government and became the chief executive of the province. Despite rigging claims by parties like the JUI-F and PkMAP, elections in Balochistan are always viewed as a good omen for the long but bumpy ride of democracy in the province's 70 years of history where it has seen several governor rules and abrupt dissolution of assemblies by the Centre.

The provincial government has adopted a zero tolerance policy on corruption and nepotism but the claims of zero tolerance of corruption and nepotism will truly come to roast once it starts spending huge development funds through bureaucracy. The CM enjoys good reputation as a clean man and competent administrator. But the government will be judged by the degree of acceptance of accountability or evasion of scrutiny by the concerned departments like NAB and anti-corruption bodies.

Balochistan's current democratic polity has presided over some improvements yet will remain beset with several key challenges.

The past provincial governments continued to struggle for their voices to be heard on issues like â€œmissing personsâ€ . An issue that was politically exploited by ethnic nationalist groups to appease their base and get some degree of support from ethnic terrorist groups operating out of Iran and Afghanistan. The last two elected chief ministers held that they were powerless in impressing upon other institutions of the state to be in alignment with the provincial governments in fighting insurgency and improving the law and order situation in the province.

However, the Jam Kamal government has a complete support of the security institutions and it has tackled the issue head on. This is why today the issue of missing person is dying in terms of accurate nos. Few individuals having accounted as missing, the rest of statistics remain unproved. The ethnic nationalists have failed to substantiate their claims by providing the details of the family members and the background of the â€œmissing personsâ€ . In other words, apart from few, families have not come out in droves to back their claims. The issue will likely only be left out for propaganda narrative of ethnic nationalists whose favourite game is to whip security institutions in Balochistan by blaming them for â€œmissing personsâ€ bogey and get political mileage out of it.

Balochistan's security environment has improvedâ€”far better than 2009 and 2012 when the state almost lost its writâ€”but the nasty geo-politics in its neighbourhood and resulting proxy game to subvert CPEC and destabilise Balochistan continues to materially affect the security of the province. In other words, the government continues to experience a degree of violence led by proxy outfits dressed up as insurgency and sectarian strife but actually the foot soldiers of regional countries to carry forward an agenda of sabotage and subversion.The latest security assessment suggests that all outfits (be separatists, sectarian groups, or criminal gangs) have joined ISIS in the hip getting a bigger financial and kinetic support from across the border. Their alliance for survival suggest they have been squeezed out of space by the LEAs. Afghanistan situation has a direct bearing on Balochistan. Since Pakistan, Afghanistan and India are not on the same page, asymmetric militancy has seen an upsurge in the province as it is used as enhanced leverage by Delhi. Yet the overall situation is manageable following the fencing of Afghan border. In the next two years, Iran border will also likely be fenced directly impacting law and order but more positively in further South of Balochistan.

However, on sectarian issue, a most complicated scene can visit Balochistan if the US and Iran go to war in potentially the next US Administration. Co-incidentally, Pakistan and Saudi Arabia might see their convergence in Afghanistan as an opposite camp to Tehran. As a result, Balochistan government might witness law and order challenge on this front with an enhanced lever on its extremist groups by the regional rivals coming into play. But it still seems a far-fetched hypothesis.

Balochistan will likely be on the confluence of another regional oil game between the far eastern powers and Iran, on the one hand, and the US and Middle Eastern countries, on the other. Rival ports like Chabahar, Dubai, and Muscat have competing interests in the supply of oil, gas and energy imports connecting Central Asia, Middle East with Europe through their established routes. If Gawadar is operationalised next year with communication lines opening for Chinaâ€™s energy imports, it will thus become a hub of commerce and trade eventually discomforting regional rival ports and setting off insecurity and fear of losing out. The net effect will likely be again for them to see less incentive in peace and tranquility of the province.

Another challenge is far away in Syria. It is believed that more than 10,000 youth militants used as militia against Bashar al Assad Govt, are trapped in Syriaâ€”chunk of which hails from Balochistan. The ICRC is putting pressure on Pakistan to take them back along with families which Islamabad has so far refused to co-opt treating them as war criminals. It poses great security dilemma for our security institutions who are already stretched thin in counter terrorism effort, if to take and mainstream them.

Reports of criminality including mafias controlling kidnapping for ransom syndicates, robberies and land grabbing have come down but will likely to continue as the provincial government has serious capability and strategy issue to deal with.

As part of expanding police writ, the provincial government has recently added a couple of districts to Police jurisdiction but vast province locally called B areas still operates under a ragtag Levis force.

The government will be in a far better position in improving law and order, to undergo police modernisation programme reducing the B area in its remaining period.

On the supply side, the government has struggled to provide jobs to unemployed youth who remain potential target for recruitment of rival agencies to serve as foot soldiers for carrying out their agenda.

So far most of the claims of job creation are cosmetic and confined to public pronouncements for calming critics and media clamouring.

Yet any incremental improvements in reducing the myriad problems of the people will strengthen the belief that democracy can work for the good of the masses. Deliverance is no longer a luxury but a recipe to unlock the potential of Balochistan as a linchpin to the unfolding of the third corridor of BRIâ€”CPEC.

The writer is a geopolitical analyst, a politician from Balochistan, and ex-adviser to the Balochistan government on media and strategic communication. He remained associated with BBC World Service. He is also Chairman of Centre for Geo-Politics & Balochistan