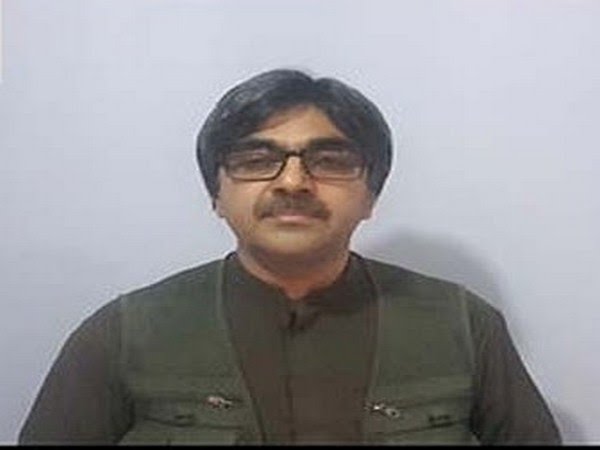 Undisclosed location [Pakistan], Nov 8 (ANI): As many as 28 operations were conducted by Pakistani army in Balochistan in the month of October as a result of which 30 people forcibly disappeared, while 25 dead bodies were found in the province, as per a monthly report issued by Baloch National Movement Central Information Secretary Dil Murad Baloch.
Issuing a statement on the October report, Dil Murad said that the atrocities and operations by Pakistani forces are continuously being carried out in the occupied Balochistan. Among the 25 people found dead last month in the province, eight were killed by security forces, while on was killed by the death squad.
The state-sponsored death squads are inflicting atrocities under the umbrella of the Pakistan army. The situation of Balochistan is in the worst condition and the Baloch nation is looking towards the international community for help.
The security forces also looted more than 100 houses during military operations in different areas of Balochistan.
"Some 17 people were released from the torture cells of security forces. Among them one person was abducted in 2015, two persons were missing from 2016, three more people had gone missing in 2017, one was missing from 2018 and the other ten persons were whisked away in 2019 by the security forces", said Dil Murad Baloch in his statement.
The Information Secretary of Baloch National Movement also mentioned the scandal of the University of Balochistan, where university authorities in league with the Frontier Corps (FC) installed surveillance and hidden cameras and recorded candid videos of students to blackmail them. It was a well-organised plan by the government's authorities. These videos were used to blackmail hundreds of Baloch female students.
Khalil Baloch, the Chairman of the Baloch National Movement has already expressed his worries about this incident, saying that it was an attack on "our national dignity and honor which wounded our collective soul".
"Baloch nation will remember this for centuries to come and will take historical revenge for it from the state of Pakistan," Khalil said.
The Information Secretary of BMN stated that in October, Panjgur, Awaran, and few other areas were under the constant attack of Pakistani security forces. Pakistan has turned Balochistan into an altar.
Due to these atrocities of Pakistani security forces a humanitarian crisis has evolved in Balochistan.
Dil Murad Baloch stated that the incident of the University of Balochistan, the tragedy of Ormara, the long-standing naked military aggression across Balochistan are sufficient to prove that Pakistan has crossed all limits of atrocities disgracing national and committing genocide of Baloch Nation.
"To maintain its hegemonic control on Balochistan, Pakistan keeps on increasing the frequency and intensity of such incidents. But the historical facts tell otherwise, that the nations cannot be defeated and held slaves forever," said Dil Murad.
"Baloch nation is ready to give sacrifices in all shapes and forms. Similarly, these atrocities of Pakistan will further motivate the Baloch nation to gain their national freedom by setting a new example of sacrifices," he added.
Dil Murad said that the silence of the international community is enough to teach that the Baloch nation has to single-handedly fight their war and get freedom by the sheer dent of their abilities.
He further added, "We have no complaint against Pakistani civil society and human rights organizations but the silence of international bodies and humanitarian organisations raises several questions. They have been tight-lipped on the humanitarian crisis in Balochistan and had refused to condemn the atrocities, due to which Pakistan has been exacerbating its war crimes in the widths and breadths of Balochistan." (ANI)