Hostile forces are out to sow unrest, says minister 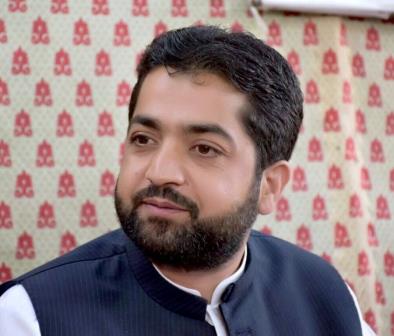 Chairing a meeting in Quetta on the law and order situation, the minister said a peaceful Balochistan guaranteed the development of the country and that was why hostile countries were attempting to fuel uncertainty in the province.

Langove vowed that the elements hatching such conspiracies would not be allowed to succeed.

“The government has been taking measures to maintain peace in Balochistan and secure the lives and properties of the citizens,” he said.

The minister maintained that because of the government’s effective steps to improve the law and order situation, major local and foreign investors were coming to Balochistan and that paving the way for the province’s economic growth.

Speaking on the development schemes in the Balochistan, Langove said the government would ensure the provision of basic facilities to the people.

He directed the authorities concerned to beef up the security of the development projects in Kalat and Khaliqabad.

He added that the government had a master plan for the development of Kalat and Khaliqabad. “A housing society will be approved for the expansion of Khaliqabad.”

According to the PSDP documents, the provincial government has included 1,796 new and 665 ongoing development schemes in the programme announced in 2019-20 budget.

Priority has been given to education, commutation, health, public health engineering, local government, law and order, urban planning and development.

The provincial government will spent Rs12.21 billion on 574 public health engineering department’s development schemes for supplying drinking water to the people who are facing shortage of water since long.

The mineral sector will get Rs223.54 million for its seven development projects proposed in the budget.

Balochistan Minister for Home and Tribal Affairs Mir Zia Langove on Sunday vowed to promote educational activities, including extra-curricular, in the province for mental and physical development of the youth.

“Without boosting educational and sports activities in our society, we can’t compete with developed countries,” he said while addressing Karate Championship in Quetta.

Balochistan is replete with talent, as many sportspersons from the province have brought a good name for the country, he said, adding the government was supporting provincial sportspersons in order to improve image of the country.

On importance of education in the society, the minister said that without access to quality educational facilities the province cannot compete with developed countries. “Our youth should enhance their IT knowledge,” he said.