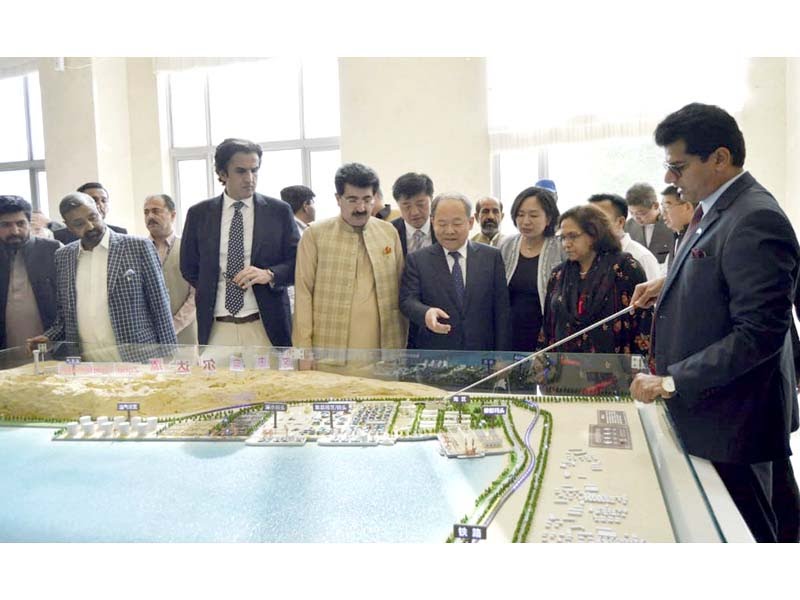 QUETTA: Senate Chairman Sadiq Sanjrani on Monday said that Gwadar was gateway to progress and prosperity of not only Pakistan but the entire region.

He expressed these views while addressing participants of the opening ceremony of different projects, including Gwadar Port Authority Commercial and Faqeer Colony Middle School Expansion Project.

“Pakistan and China have been making tremendous progress in establishing regional partnership towards achieving the shared ideals of peace, stability and development,” Sanjrani said.

He observed that Gwadar Port Authority Commercial Complex would turn into a business hub for all the commercial activity in the region.

Calling himself a native of Balochistan, Sanjrani said seeing Gwadar turn into a major port city in the future gave him immense pride and satisfaction.

“Even more heartening is the fact that the numerous projects under the China Pakistan Economic Corridor (CPEC) will continue to attract investment and development in Gwadar for many years to come,” he maintained.

He observed that 300 MW coal power plant in Gwadar was another achievement by China and Pakistan which would provide the much-needed energy resource required for the development of the port city.

“These three achievements are only the beginning of a long series of planned and ongoing projects that would complement the CPEC,” Sanjrani said.  “These initiatives will grant Pakistan and China the opportunity for sustainable and long-term economic development.”

The Senate Chairman said the 4,000 solar energy facilities being donated by China would be beneficial for Gwadar and instrumental in meeting its energy needs. He appreciated the joint efforts for the socio-economic prosperity of the region.

Balochistan government has also reiterated its commitment to develop Gwadar on various occasions.

“The final map of the Gwadar master plan has been issued. It wasn’t approved in Islamabad or Quetta, but in Gwadar during the governing body meeting,” the chief minister, who is also the chairman of Gwadar Development Authority’s governing body, wrote in a tweet.