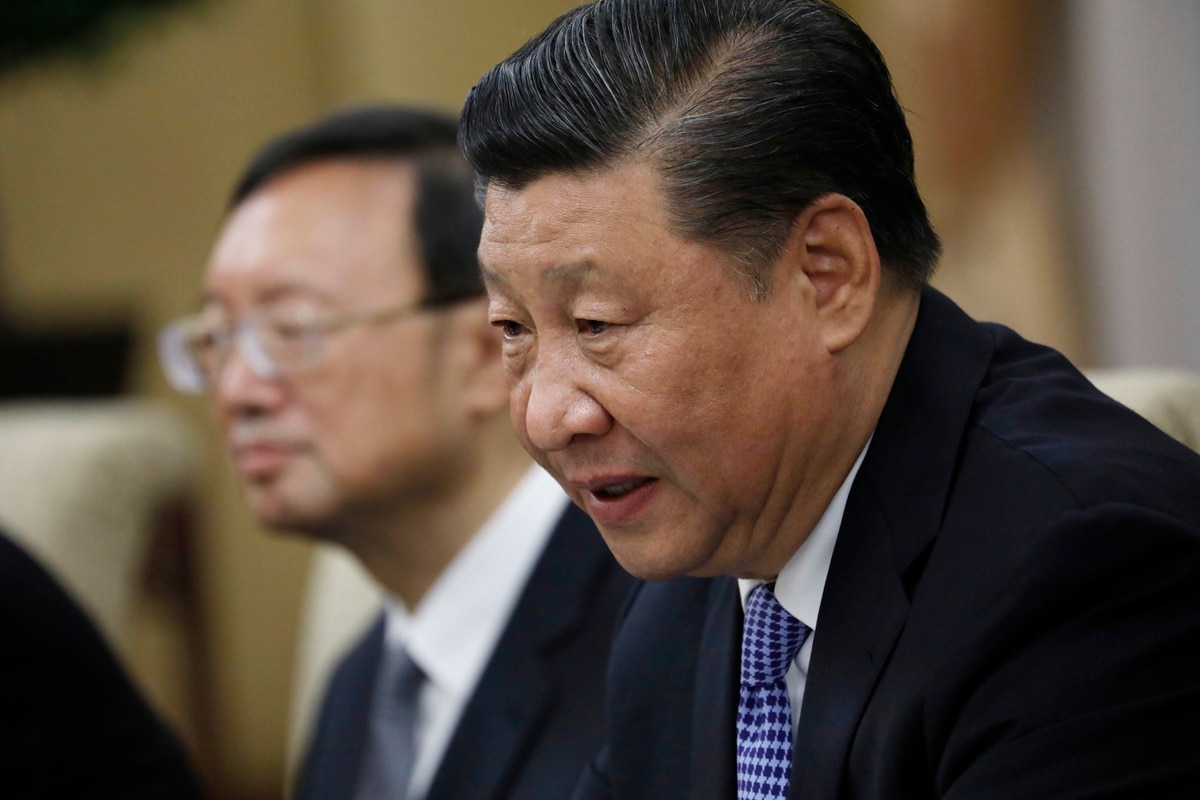 A new Congressional report explains how the theft of intellectual property has fueled the rise of China's space industry and that government's ambitious goal to become the dominant economic and military power in space. (How Hwee Young/Pool Photo via AP)

China’s wants to replace the United States as the dominant power in space, a new report warned, and to hold onto this position the Pentagon should consider having the Space Force protect freedom of navigation and communications in space.

The U.S.-China Economic and Security Review Commission called out China’s aim to replace the United States as the premier power in space in its annual report released Nov. 14.

“China’s government and military are determined to meet ambitious goals for space leadership, if not dominance, and China has connected its space program with its broader ambitions to become a terrestrial leader in political, economic, and military power,” the report said. “Beijing aims to establish a leading position in the future space-based economy and capture important sectors of the global commercial space industry, including promoting its space industry through partnerships under what it has termed the ‘Space Silk Road.’”

The commission calls for Congress to direct the National Space Council to develop a strategy to counter efforts by China and Russia and ensure the United States remains the preeminent space power. The commission also recommends that the space domain be more fully integrated into all policy, training and exercises.

All systems ‘Go’: How China plans to control space

In order to understand China's military approach to space, look to the ancient board game of Go, says the head of the Defense Intelligence Agency.

China’s growing space industry is fueled by intellectual property theft, the commission argued. Those efforts are bolstered by Chinese investments in U.S. space ventures via front companies as well as Chinese partnerships with American space-related research, which help funnel intellectual property back to the Chinese state and its military.

Additionally, the report cited China’s state support of space startups and predatory pricing of space services as contributing to its growth in the space domain.

“China is well-positioned to assume a commanding role in a future space-based economy, as its steps to dominate the global commercial launch and satellite sectors through generous subsidies and other advantages have already threatened to hollow out the U.S. space industrial base,” read the report.

Know all the coolest acronyms
Sign up for the C4ISRNET newsletter about future battlefield technologies.

In order to understand the consequences of China becoming economically dominant in the space domain, the commission wants answers to a number of questions, like whether space-based mining of precious minerals is economically viable and how the U.S. military plans to protect commercial communications satellites from Chinese aggression. In addition to the aforementioned queries, the commission wants the report to provide answers on the strategic value of cislunar space, a plan for a space commodities exchange, an interagency strategy to streamline and strengthen supply chains, and a plan to strengthen cooperation with partners and allies in space.

On the military side, China has both developed counterspace weapons and adopted dangerously escalatory offensive tactics in the space domain, warns the commission, and views dominance of space as a priority in conflict.

In response, the commission recommends the Pentagon ensure U.S. Space Command and the imminent Space Force are responsible for protecting freedom of navigation and communications in space, similar to how the U.S. Navy protects navigation and communications in the maritime commons. The commission further endorses efforts to increase survivability, redundancy, rapid replacement and disaggregation of space efforts in the National Defense Authorization Act.

Because of this, the report asks Congress to push the Trump administration to actively participate in international space governance institutions and strengthen partnerships in the space domain.

The report comes on the heels of growing warning from the U.S. military of China’s ambitions for space. Lt. Gen. Robert Ashley, the director of the Defense Intelligence Agency, recently said that China was playing a game of Go in space, effectively summarizing their strategy as an attempt to gain territory and prevent others from doing the same. Ashley’s comments in turn follow unclassified DIA reports on China and threats to space released earlier this year.