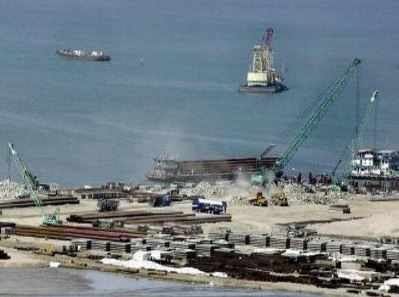 TNNGwadar port in Balochistan is a terminal point in the CPEC

The reaction came a day after a senior American diplomat warned Pakistan about the risks to its economy while embracing China’s huge infrastructure projects.

Speaking to an audience at the Woodrow Wilson International Center for Scholars on Thursday, Alice Wells, acting assistant secretary of state for South and Central Asian Affairs, had said Islamabad should pursue an American business model to improve the fundamentals of its troubled economy. She also raised questions on transparency and fairness of CPEC projects as well as related Chinese loans Islamabad has received.

Her remarks drew a strong response from Yao Jing, Beijing's ambassador to Islamabad, who said Wells lacked “accurate” knowledge and relied primarily on Western media’s “propaganda” to level the allegations. Speaking at the 5th CPEC Media Forum in Islamabad on Friday, he said: “I would like to remind my American colleague that if you are really making this kind of allegation, please be careful, show your evidence, give me evidence, we will take action.”

China has always come forward to assist Pakistan in need without any political or government differences, Yao said.

Rejecting US accusations, he said Sino-Pak relationship was mutually beneficial and based on “win-win cooperation” for both sides. “If Pakistan is in need, China would never ask Islamabad to repay its loans in time,” he said.

The Chinese ambassador said CPEC was open to investment from anywhere in the world and China would happily welcome US investment in it. Yao described Wells’s remarks about high tariffs in power plants established under CPEC as astonishing, saying he had personally briefed her twice on the programme during her recent visits to Islamabad.

“When in 2013, Chinese companies were establishing power plants in Pakistan, where was the US? Why it did not invest in Pakistan’s power sector despite knowing that Pakistan was in dire need of electricity,” he asked.

The CPEC, launched in 2015, is a planned network of roads, highways, railway lines and energy projects linking China’s resource-rich Xinjiang Uighur Autonomous Region with Pakistan’s strategic deep sea port in Gwadar on the Arabian Sea in southwestern Balochistan province. It is part of the wider $1-trillion Chinese project known as the Belt and Road Initiative (BRI).