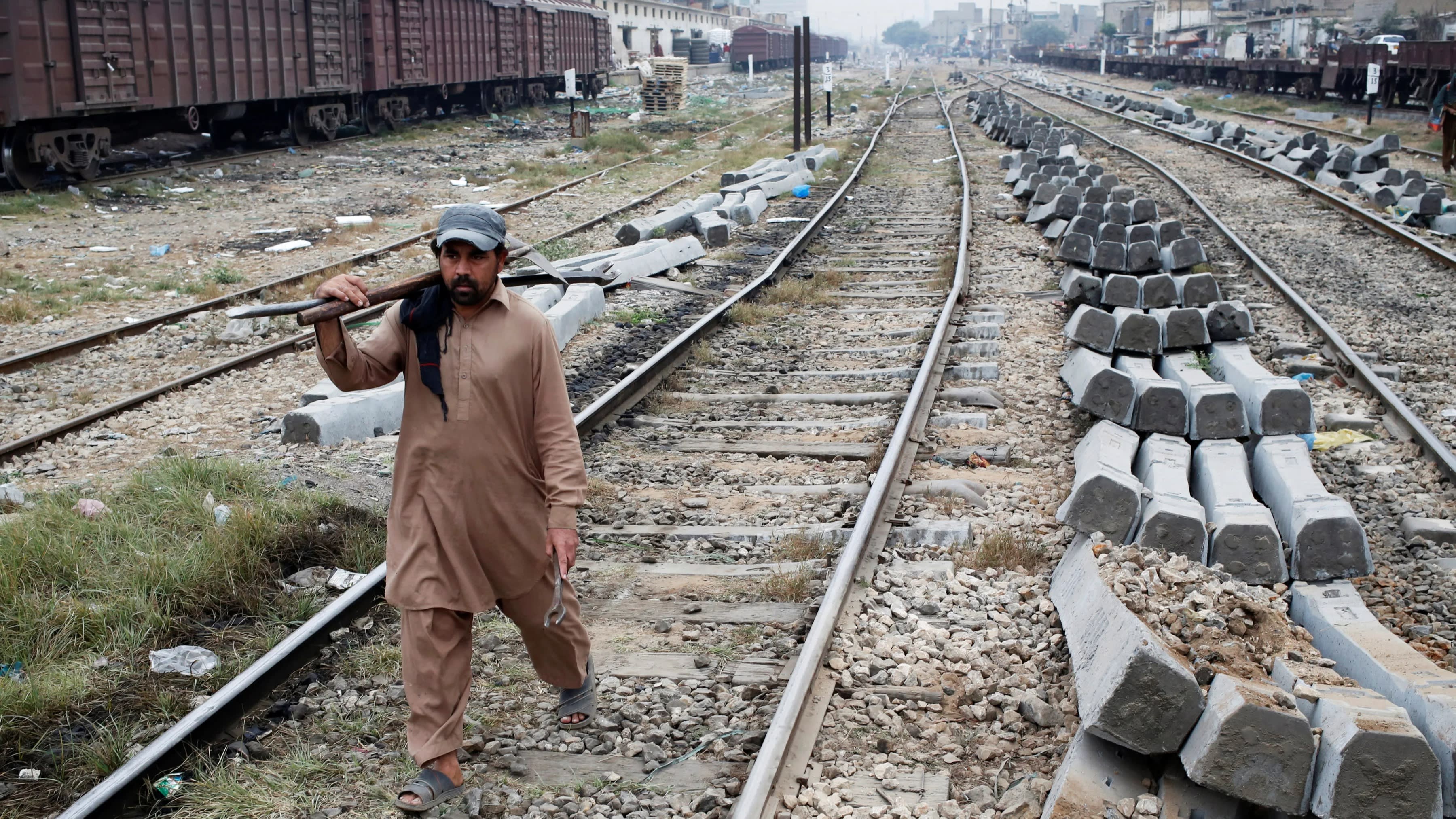 A railway worker in Karachi: China is becoming wary of pouring more money into projects in economically unstable Pakistan.   © Reuters

KARACHI -- When Pakistan and China sat down recently for talks on Beijing's major Belt and Road initiative known as the China-Pakistan Economic Corridor (CPEC), the China side showed a distinct lack of enthusiasm toward pumping more money into new projects.

The two countries held the sixth round of meetings of the Joint Cooperation Committee, the apex body of CPEC, on Nov. 4-6, and it concluded without a major breakthrough on new projects.

The main development in the committee was the inauguration of Multan-Sukkur Motorway on eastern alignment of the corridor.

The delegates also discussed the $9.2 billion Main Line 1 (ML-1) railway project, the largest single project in the corridor connecting Peshawar in the northwest to Karachi in the south. They deliberated on a framework for financing the ML-1 project but failed to reach a decision. Another committee was formed to explore financing for the ML-1.

Pakistan invited China to expand the scope of CPEC by investing in the oil and gas sector, and offered to sell the loss-making Pakistan Steel Mills to China. However, China did not make any financial commitment in response to these offers.

The Pakistan government had expected China to add a number of new projects in CPEC in this round of meetings of the joint committee. This indicates that China's is taking a cautious approach toward the corridor projects. Experts said China has apparently adopted a policy of completing the existing projects in the corridor before making additional financial commitments.

Malik Siraj Akbar, a Washington, D.C., based analyst, said China has invested substantially in Pakistan, but it feels Islamabad does not have the capability and the efficient government machinery to effectively complete various projects. "[China] has decided to slow down to make sure all the ongoing [CPEC] projects are completed on time without throwing more money toward Pakistan," he told the Nikkei Asian Review.

One reason for China's cautious approach toward CPEC is the ongoing economic crisis in Pakistan. "China understands the risks of funneling so many loans to a nation that is heavily indebted and mired in a balance of payments crisis that its government appears incapable of ending," said Michael Kugelman, deputy director of the Asia Program at the Wilson Center in Washington, D.C.

He added that China will likely be cautious about new loans associated with the corridor.

China's chilliness in this round of meetings was in spite of the olive branch extended by Pakistan last month. Islamabad hastily established a CPEC authority, bypassing parliament, to fast-track work on projects in the corridor. It also announced a 23-year tax holiday for Chinese companies operating at the port of Gwadar in southwest Pakistan. However, these incentives failed to convince China to add more projects. 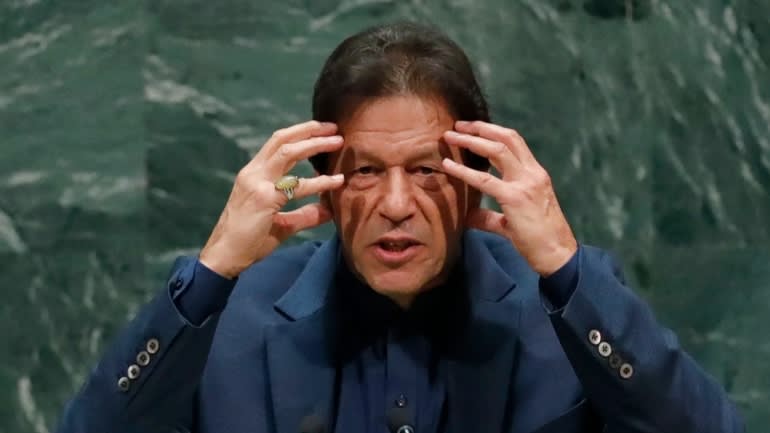 Experts consider these to be desperate moves to assure Beijing that Pakistan is still committed to corridor-related projects. "Through these steps, Pakistan wanted to tell the Chinese that we might be slow in overcoming our shortcomings but we are constantly trying to enhance our capacity to complete CPEC projects on time," said Akbar.

Kugelman agrees. He believes that new perks to Chinese companies won't magically allay Beijing's concerns about the financing risks associated with CPEC. "China will need to be assured that Islamabad is working to address its economic crisis, or more realistically, that Islamabad is still in a position to absorb loans even with the economic crisis in place," Kugelman told the Nikkei Asian Review.

Despite the fact that China did not make any new financial commitments, it showed its intent to firmly support existing CPEC projects. In fact, Beijing sent its biggest delegation to date to this round of meetings.

Ning Jizhe, vice chairman of the National Development & Reform Commission (NDRC) of China, mentioned this point at the end of the meeting to hint at China's support for CPEC as a project.

The meeting was jointly chaired by Jizhe and Makhdoom Khusro Bakhtiar, Federal Minister of Planning and Development of Pakistan.

Katharine Adeney, director of the Asia Research Institute at the University of Nottingham in the U.K., said that even though many of the early infrastructure projects look unlikely to be completed, it would be a mistake to conclude that the entire project will be shut down. "It is in both China and Pakistan's interests to further this project -- a failure of CPEC would send a worrying signal to the world about China's wider [Belt and Road Initiative]," she told Nikkei.

Kugelman said that to make CPEC work, both Islamabad and Beijing will have to find ways to move forward with the project despite the difficulties.

"Publicizing their differences on CPEC would be a public relations disaster for both Pakistan and China," said Akbar. He concluded that for Pakistan, if remaining subservient to the Chinese can help it develop its infrastructure and keep "bullies" like India and America away, the relationship is worth it despite the two sides' frequent expressions of frustration.