Has China-Pakistan Economic Corridor lived up to the hype? 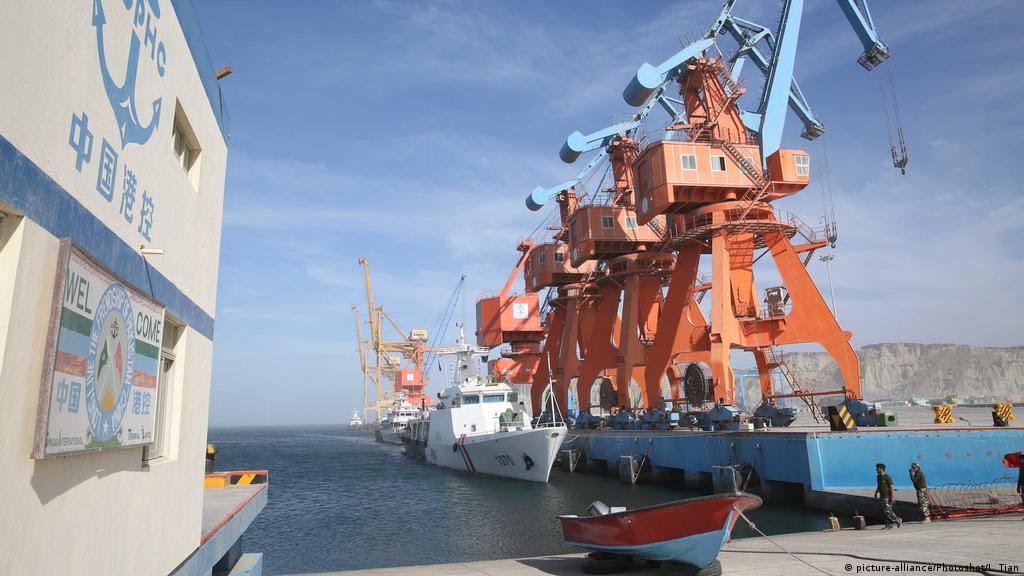 The China-Pakistan Economic Corridor has been touted as a "game changer" for Pakistan's economy. Four years since launching, its implementation faces serious challenges, and the future course remains uncertain.

In 2015, when China launched its multibillion-dollar economic corridor in Pakistan, called the China-Pakistan Economic Corridor (CPEC), it was dubbed a "game changer" for Pakistan. As Pakistan grapples with an acute economic crisis, experts say CPEC could stimulate much-needed economic activity in the country.

CPEC is part of China's intercontinental Belt and Road Initiative (BRI), which envisions rebuilding the old Silk Road to connect China and Asia, Europe and beyond with massive infrastructure spending largely financed by China. Beijing also hopes BRI will help expand its clout over Pakistan and across Central and South Asia, as well as counter US influence in the region.

But four years since CPEC's launch, the project has not really matched the hype, said Siegfried O Wolf, a senior researcher at the Brussels-based South Asia Democratic Forum. Wolf's recently published book, The China-Pakistan Economic Corridor of the Belt and Road Initiative: Concept, Context and Assessment, analyzes the project's implementation and what course it's likely to take in the coming years.

Some media reports say the CPEC projects have slowed since Prime Minister Imran Khan came to power in August 2018.

Last year, Abdul Razak Dawood, Pakistan's minister for commerce, industry and investment, suggested that all CPEC projects could be suspended until a review is completed. "I think we should put everything on hold for a year, so we can get our act together," Dawood told the Financial Times. "Perhaps we can stretch CPEC out over another five years or so." 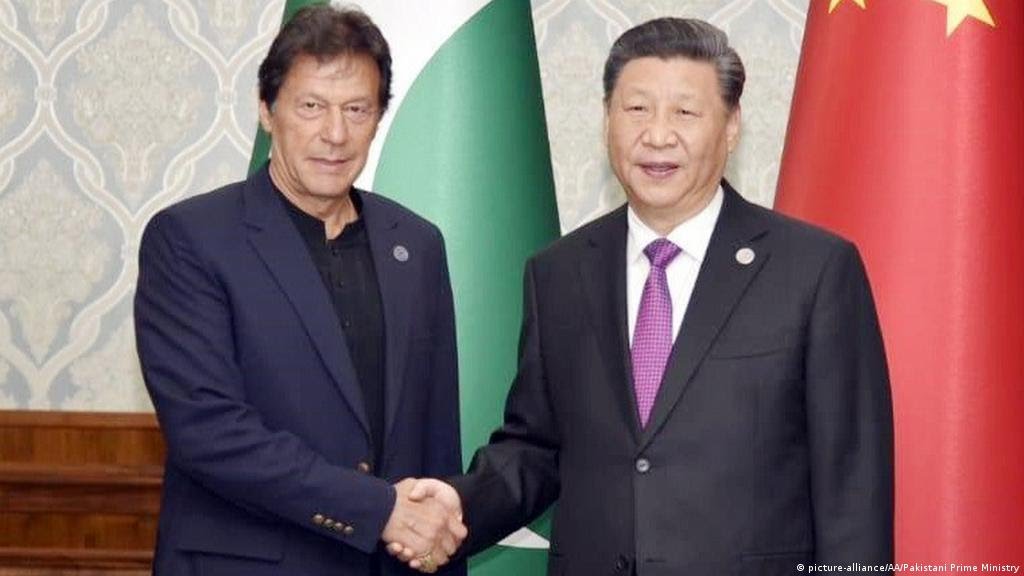 Dawood also criticized the previous government headed by Nawaz Sharif, who is now incarcerated on corruption allegations, for granting China "too favorable" terms on many projects.

Later, Dawood told a local TV channel that his remarks about CPEC had been taken out of context.

"Khan's Pakistan Tehreek-e-Insaf (PTI) party has maintained that former Prime Minister Sharif and his close aides were colluding with Chinese companies for monetary gain. After coming to power, Khan could not have changed this narrative so easily," Nadeem Akhtar, a Karachi-based political commentator and columnist, told DW in an interview.

"Also, the military establishment that helped Khan's rise to power was not very pleased with CPEC. Actually, they were of the view that if Sharif was allowed to carry forward CPEC, it would make him more powerful as prime minister. They thought that Sharif would gain more popularity and would not be dependent on the military anymore," Akhtar added.

Experts like Wolf say that the project assessment indicates that CPEC "will not function as a 'game changer' or [prove to be] a 'critical juncture' for Pakistan's economy and regional cooperation."

Wolf is of the view that the "civilian and military leaderships [in Pakistan] did not learn any lessons from the past."

"As long as Pakistani elites do not improve relations with their neighbors, foremost by stopping their support for cross-border terrorists and solving border and territorial disputes, CPEC will be unable to create maximum benefits or produce a significant contribution for regional cooperation," Wolf wrote in his book.

Tensions between New Delhi and Islamabad have risen tremendously since Indian Prime Minister Narendra Modi scrapped the special status of India-administered Kashmir on August 5 . The move has deepened the fault lines in South Asia and practically impeded economic cooperation in the region. 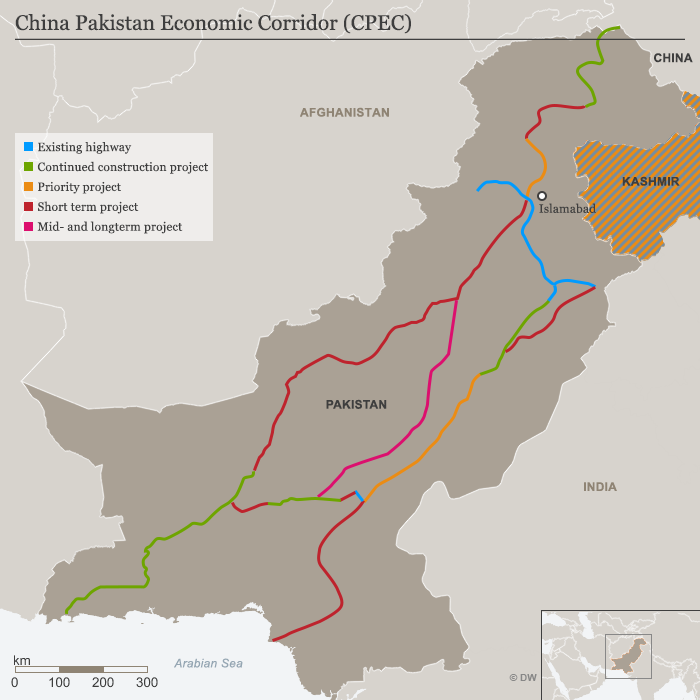 Experts believe that CPEC would not reach its full potential if India and other regional players don't ultimately get involved in it.

"The project has a connection to conflicts in Kashmir and Afghanistan," said Dorothee Vandamme, a lecturer at the University of Mons in Belgium, at a CPEC seminar in Brussels last week.

The expert said that instead of allowing CPEC as a free-flowing economic activity, the Pakistani military is using it as a "controlled project." This, most analysts say, would ultimately create more domestic and regional rifts, instead of resolving the existing ones.

"CPEC has already affected existing political and security blocs — it remains to be seen how far these formations will impact the existing fault lines in the region," said Wolf.

CPEC and the rise of jihadism

Wolf wrote in his book that there are clear indications that CPEC is "heightening jihadist movements in both Pakistan and Xinjiang — as translated in increased activities by both local and international terror organizations" such as al-Qaida and the so-called Islamic State (IS).

"Jihadists increasingly identify CPEC projects and other Chinese endeavors — especially other economic corridors under the BRI — as targets. The goal seems to consist in attacking Beijing's interests both inside and outside China's borders as a punishment for the country's treatment of its autochthonous Muslim populations," he added.

"Furthermore, a successful implementation of the project would lead to citizen empowerment — by its very nature not suited to the interests of extreme, conservative circles of Islamic clerics since it would constitute a threat to their influence within Pakistani society," said Wolf, adding that the Pakistani government continues to appease Islamist groups.

"The state's current strategy to win over support from Islamists (or at least to ensure their neutrality) as regards the CPEC consists of providing them a 'carte blanche' not only to enter the political arena (described as a process of 'political mainstreaming') but also to terrorize the country's minorities and moderate, secular forces. The country witnesses further social unrest and political instability."