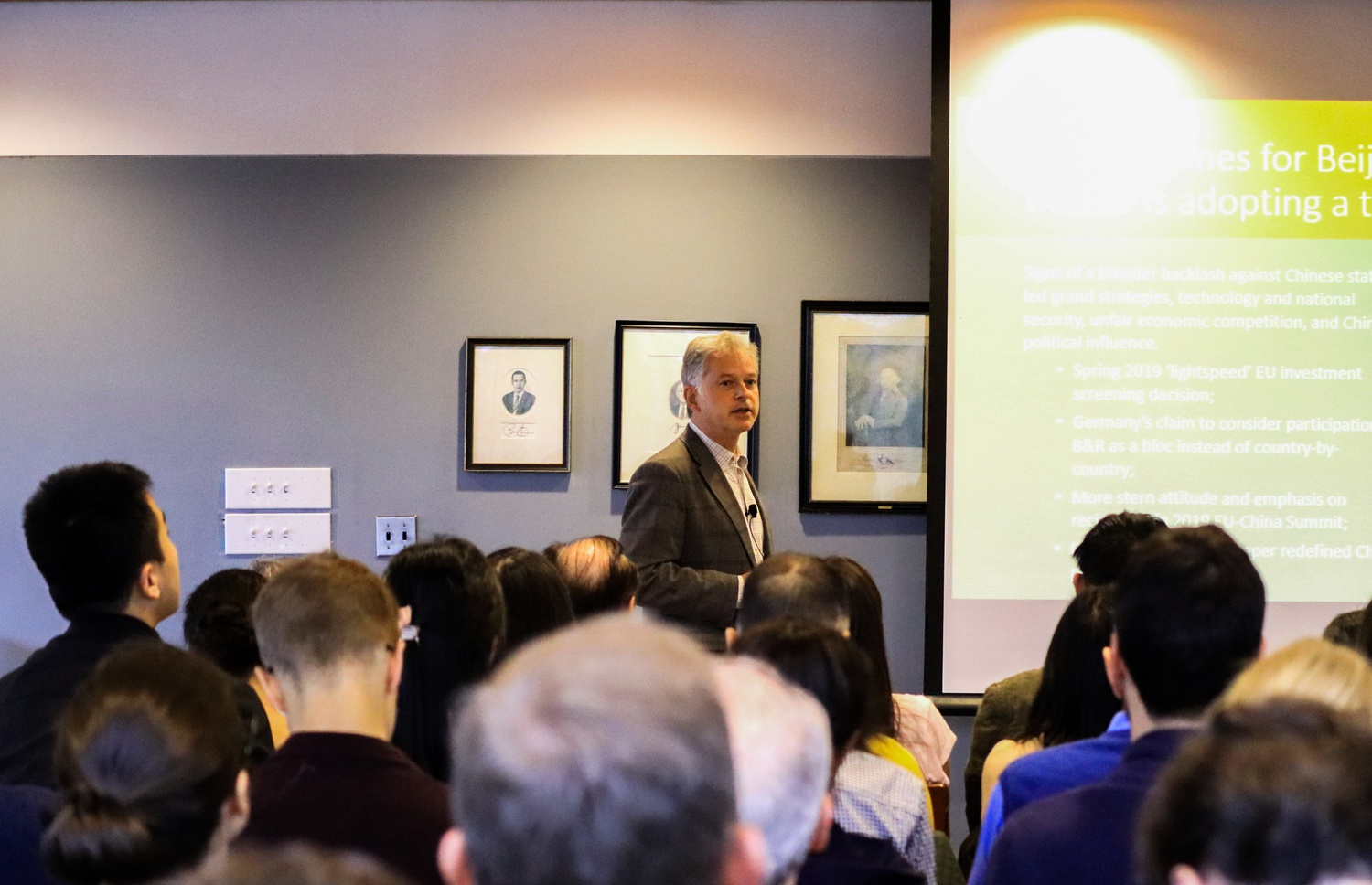 Philippe Le Corre, research associate at the Ash Center for Democratic Governance and Innovation and Mossavar-Rahmani Center for Business and Government speaks about the impact of China's Belt and Road Initiatives at the Harvard Kennedy School Tuesday.

The Belt and Road Initiative is a colloquial term for two Chinese infrastructure investments: the Silk Road Economic Belt and the 21st century Maritime Silk Road. Announced by Chinese President Xi Jinping in 2013, the initiatives revolve around investment in railways, energy pipelines, sea ports, and highways stretching across Europe, Asia, and Africa.

Le Corre, a research associate in the Ash Center for Democratic Governance and Innovation and the Mossavar-Rahmani Center for Business and Government, described the complex strategies China has used to expand investment and the mixed reaction it has elicited from many European countries. His roughly 30-minute lecture drew approximately 100 attendees.

“What’s really important here is the new definition of this relationship and the fact that a number of large European influencers are now considering China a rival,” Le Corre said.

More than 60 countries have signed on to Belt and Road Initiative projects to date, according to a recent report from the Council on Foreign Relations.

Le Corre then delivered his lecture, detailing the ways China forged partnerships with other countries and made various “friends” as a “political move” in the process.

He said that research on European Union-China relations regarding the Belt and Road Initiative is relatively new. The backlash to China’s initiative in many European countries parallels the criticism China has received in countries where it has already set up infrastructure projects, like Sri Lanka and Malaysia, according to Le Corre.

Though some attendees were students or researchers at the University, many were not affiliated with Harvard but were interested in Le Corre’s research.

Thomas P. Cavanna, a Tufts University professor who attended the event, said he thought Le Corre’s presentation brought a new perspective to research about the Belt and Road Initiative.

“I think the key insight… is that you have to decouple Belt and Road from broader Chinese activities conducted on the European continent,” he said. “If you look at the technical contours of Belt and Road… you realize there are some disappointments in some European countries about what China has offered but has not delivered.”