“During Prime Minister Imran Khan's visit to China, the relevant departments of the two countries signed a series of cooperation documents, paving the way for the second phase of the construction of the CPEC”. 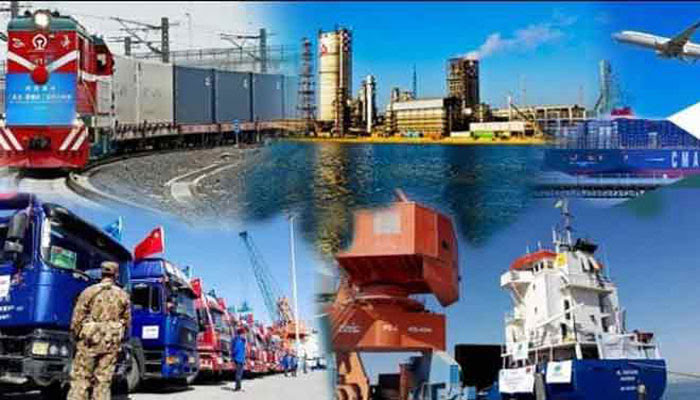 “During Prime Minister Imran Khan's visit to China, the relevant departments of the two countries signed a series of cooperation documents, paving the way for the second phase of the construction of the CPEC,” Cheng Xizhong, Professor at Southwest University of Political Science and Law and Senior Research Fellow of the Chahar Institute, Special Commentator told “The Overseas Network” here on Saturday.

During the meeting, the leaders of the two countries pointed out the direction for the next phase of promoting the construction of the China-Pakistan economic corridor, stressing that the corridor should be turned into a high-quality demonstration project to build the Belt and Road.

The China-Pakistan Economic Corridor, jointly established by the two countries, is the flagship project of the Belt and Road.

After more than four years of joint efforts, the first phase of the investment of US $ 19 billion in 22 projects have been completed and put into operation, and some are nearing completion.

Cheng said it is foreseeable that the scope of corridor construction will continue to expand and the pace will continue to accelerate, especially as China will actively help Pakistan to carry out projects in the field of people's livelihood.

For example, the Qasim Port coal-fired power station is a priority implementation project in the China-Pakistan Economic Corridor, which has contributed US $167 million to the Pakistani government's tax revenue in the past year or so.

Experts estimate that the first phase of 22 projects are fully completed and operational, the government's tax contribution to the Pakistani government is likely to reach nearly US $ 10 billion.

With the second phase of industrial parks and special economic zones, it is believed that more and more governments and enterprises will recognize the huge potential investment value of Pakistan.

In fact, in recent times, Saudi Arabia and other Gulf countries as well as the United States, Germany, Japan, South Korea, Singapore and other major investment countries in the world's enterprises have sent a mission to Pakistan, is actively considering investment in Pakistan's industrial parks and special economic zones to build factories, he added.

He said once advanced industrial production lines are in Pakistan, it will gradually move towards industrialization and modernization, thereby enhancing Pakistan's export capacity for industrial products, at which time Pakistan's foreign exchange earnings will increase substantially and the financial situation will be fundamentally improved.

It is worth noting that the China-Pakistan Economic Corridor is an open project that welcomes the active participation of third parties in investment and construction, as well as extending to the region.

If regional countries work together to build the South Asia Corridor, all region countries will benefit and the region as a whole will become increasingly prosperous and strong.

With a combined population of about three billion, accounting for about 40 percent of the world's population, China and South Asian countries have developed and made great contributions to the world.