Another reshuffle on the cards 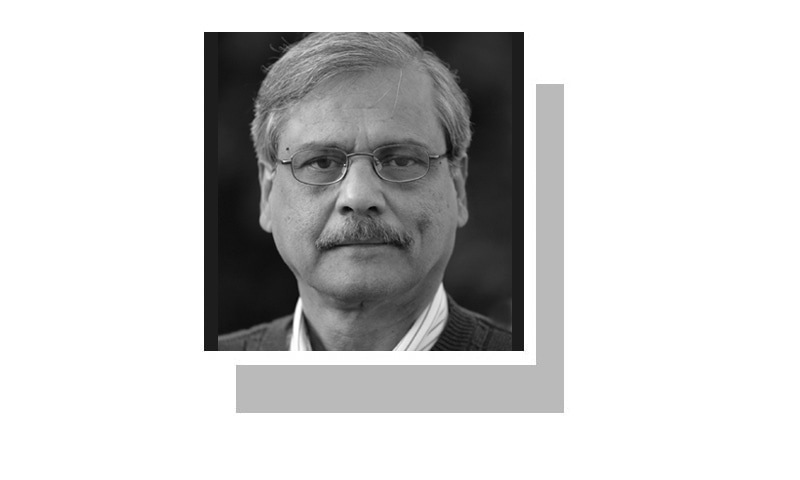 IMRAN Khan is now back home amidst applause for his ‘historic speech’ at the UN to face some hard political realities. The government is in a state of disarray and the opposition is threatening to bring the capital to a standstill. It is not a pretty situation. Meanwhile, rumours abound that a major cabinet shakeup is in the offing. But will reshuffling the deck resolve the primary problem of governance?

Over the last one year since coming to power, Khan has made several changes in the cabinet that now looks more like a collection of relics from the past. Reshuffling the same deck is not likely to transform this gallery of curiosities. Mere changing of portfolios and jettisoning a few dead weights is not likely to deliver.

This is one of the most bloated cabinets in the country’s recent history, with its huge army of advisers and special assistants adding to an already large team of ministers. The multilayered arrangement has worsened the crisis of governance. Most of the cabinet members are working at cross purposes fuelling much confusion.

Cronyism is the name of the game today as much as it was during the tenures of previous governments. Not surprisingly, Zulfi Bukhari, an old buddy and the prime minister’s Man Friday, is considered the most powerful person in government and appears to be delving into everything from foreign affairs to internal policy matters without holding any party position or being an elected member of parliament.

A major challenge for the ruling party is the collapse of governance in Punjab and KP.

Bukhari had been present during the prime minister’s meeting at the White House and other foreign visits. One is curious to know more about his professional credentials that supposedly qualify him to attend to sensitive diplomatic matters. His growing influence has raised many eyebrows within the PTI and outside. It is not the only example that exposes the contradiction in Khan’s pledge to establish a new political culture that does not allow any kind of nepotism. Bukhari’s is only one example of many.

Ad hocism is the hallmark of the Khan government and there is no sign yet of any significant change in attitude. More often than not, decisions taken by this government have led to controversy. (One such example was the arbitrary change of guard at the UN with Munir Akram replacing Maleeha Lodhi as Pakistan’s permanent representative hours after Imran Khan’s return.) The prime minister is certainly worried by the failure of his ministers to deliver. The growing inner party criticism of the government’s performance is quite ominous. The PTI members are taking on their government over its economic policies in parliament too.

Undoubtedly, the government had inherited a bad economic situation that required it to take tough reform measures that affected the people. But the government must also take responsibility for failing to act more urgently. One year on, the government has failed to bring confidence to investors and the business community. The shrinking economy will have serious social and political implications.

There may be signs of improvement vis-à-vis the current account deficit, but the fiscal situation is still alarming. The revenue target is hard to meet despite some reforms in the taxation system. While the decline in the economic growth rate was predictable as a result of a tight monetary policy, such a sharp fall is also the result of the government’s failure to infuse confidence in the business community — that can only come with political stability. The bureaucratic paralysis may also be a reason for development work almost coming to a halt.

Foreign investment has dropped alarmingly despite the government’s claim of improvement in the business environment. It requires greater political stability and a favourable environment to do business. It is domestic investment that essentially encourages foreign investors.

A major challenge for the ruling party is the collapse of governance in Punjab and KP, both under the PTI’s control. The situation in Punjab is worse with Imran Khan’s insistence on continuing with a lacklustre and inexperienced chief minister. Development work in the province seems to have come to a halt. The situation is not very different in the other departments.

The only tangible activity in the province are the constant changes in the provincial bureaucracy that has badly affected the administration. Transfers and postings seem to preoccupy the chief minister. But the major predicament for the prime minister is that there seems to be no one in the party to replace ‘Wasim Akram Plus’. One year down the road, there has not yet been any sign of the institutional reforms promised by the party being implemented in the country’s biggest and most powerful province. There are already signs of the party losing space. Imran Khan’s attempts to run the province via remote control have not worked either.

Encouraged by Khan’s failure to deliver and wanting to survive politically, the squabbling opposition groups seem to be getting closer on the single-point agenda of bringing down the government. Although both the PML-N and the PPP have yet to agree to join the Islamabad march called by the crafty Maulana Fazlur Rehman, the pressure on the government is palpable.

Surely, even if united, the opposition parties do not have the capacity or street power across the country to bring down the government. Yet they are capable of making things more difficult for the rudderless government. The so-called accountability process targeting major opposition leaders has given them something more with which to hit the government.

Of course, his speech at the UN General Assembly may have helped the prime minister strengthen his populist base at home, but it is a temporary phenomenon and will not divert public attention from other politically critical issues at home.

There is a need for the government to take corrective measures before it is too late. It needs much more than reshuffling the cabinet. Cosmetic measures alone won’t help improve governance and address the real issues. The prime minister has to review his confrontational ways that have been one of the major reasons for increasing political and economic instability. More than a change of faces, the government needs to set a clear policy direction.