Gwadar: Student along with her fiance forcefully disappeared, tortured, harassed 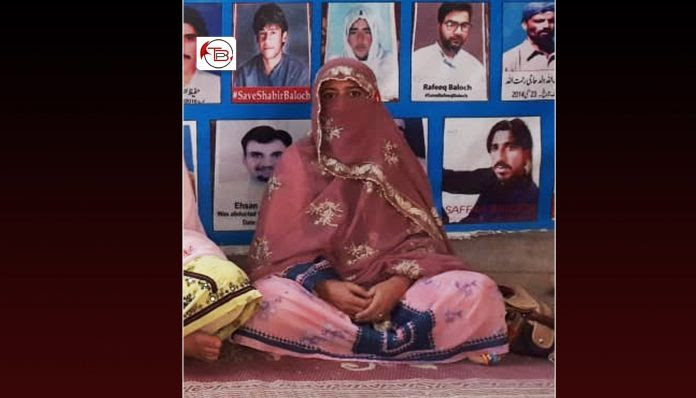 According to the details, a Baloch student from Gwadar, Hani Gul, has been detained by Pakistani intelligence agencies along with her fiancé Mohammad Naseem and kept in torture cells for three months. Secret agencies personnel has reportedly tortured and harassed her.

Hani Gul came to the Voice for Baloch Missing Persons (VBMP) protest camp in front of the Quetta Press Club and briefed the media about the matter.

Hani Gul d/o Mohammed Arif told media about her disappearance and details of the incident, saying that five months ago, me and my fiance Mohammad Naseem residents of Gwadar were abducted by Pakistani intelligence agencies in Karachi while we were residing there for studies.

Hani Gul said she was released after three months her his fiancé is still missing.

“At the time of my release, I tried my best to release my fiancé but nothing worked. I was being tortured and sexually harassed during detention, she said.

Talking about the kidnappers, Hani Gul said that the culprits are Pakistani intelligence agency ISI’s personnel and I can identify them when I see them. “During the detention, we were tortured and forced to confess that we belong to the Baloch militant groups but we are not affiliated with any such organizations,” she said.

Hani Gul raised the question saying, “Aren’t Baloch people humans? Kashmir rights claimers should solve the problem of Balochistan first then talk about the rights of other states and regions. Baloch and Balochistan are being subjected to oppression without any reason.

She said that before Baloch men were forcibly disappeared but now Baloch women like me are being persecuted. For what crime I was abducted and tortured? Hani Gul questioned.

In Balochistan, incidents of enforced disappearances of women and children are being reported more often lately. Whereas, some victims have come to the media and recorded their protests in this regard but no actions and notices has been taken by the government.