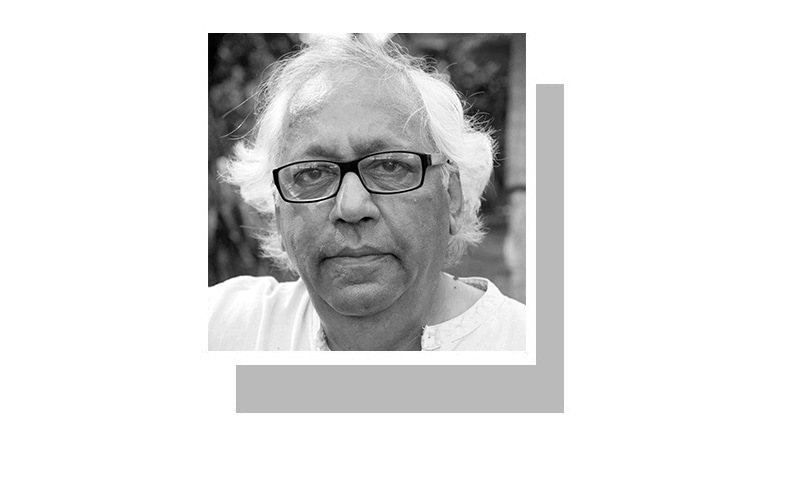 RECENT events in our region have served to puncture the myth of the Muslim ummah. When Raza Rabbani, the PPP senator, suggested we should leave the Organisation of Islamic Cooperation (OIC), he was just stating the obvious.

Far from being part of a vast, united brotherhood, Muslims have proved to be their own worst enemies. Over the centuries, they have spilled each other’s blood with a ferocity unmatched by any of their non-Muslim enemies.

And as the last few years show us, Iraq, Syria, Libya, Afghanistan and Yemen are continuing the murderous pattern established in the Islamic world since several hundred years. Pakistan, too, has contributed its share of killers and victims.

Despite this continuous mayhem in the Islamic world, we remain convinced — blind to the mountain of evidence before us — that Muslims around the world are part of a brotherhood, and that they will come to each other’s help when the need arises.

Tell that to the Palestinians or the Kashmiris of IHK. Both are more isolated than ever as nobody wants to antagonise either Israel or India. The fact is that all nations act in their own self-interest. So when the ruler of the UAE gives Modi his country’s highest civilian award, he is indifferent to the fate of Kashmir. All he wants is better relations with India, the regional giant.

The OIC has emerged as a toothless tiger.

Similarly, sympathy for the Palestinians among Muslims has evaporated over the years. Egypt signed a peace treaty with Israel in the ’70s, and is now actively engaged in imprisoning the people of Gaza by shutting access to the Sinai desert. The Saudis are in de facto alliance with Israel and the United States. Their agenda rests on their visceral hatred for Iran. And if an Indian firm has recently entered into a multi-billion dollar agreement with Aramco, the Saudi oil company, we should not be surprised.

Granted, many of the recent conflicts in the Muslim world have been triggered by Western interventions. But the jihadists who have carried out numerous attacks have all been Muslims, and they have mostly been radicalised by Wahhabism’s interpretation of Islam. In many verified cases, they have been armed and paid by Saudi individuals and organisations.

Tens of thousands of men, women and children in Yemen have been killed by incompetent Saudi and Emirati pilots, and the poorest country in the region has been reduced to starvation by the Saudi naval blockade. So much for Islamic brotherhood.

Tiny Qatar has been subjected to a pointless boycott; aircraft and ships are forced to take long detours to approach the country, avoiding Saudi and UAE waters and airspace. Its crime? Normal neighbourly relations with Iran, and playing host to Al Jazeera, the international TV channel that has been critical of many Muslim governments.

In all these conflicts, the OIC has emerged as a toothless tiger. In conflicts from Kashmir to Kosovo, it has been totally ineffectual. Its role over the brutal Israeli occupation of the West Bank has been especially pathetic. So leaving the organisation, as Raza Rabbani has suggested, would be no great loss.

Given the many conflicts in Islamic history, what is the allure of the ummah and the caliphate? Why do so many Muslims keep harping about these ancient constructs? When Arabs were the only Muslims around, I suppose it made a kind of sense to appeal to tribesmen who shared culture, language and traditions to serve under the flag of a caliph.

However, as the faith spread across much of the world, different Muslim countries evolved along diverse paths. Their identities were shaped by cultures, languages and histories far removed from the Middle East. The thought of Indonesians going to war to defend Iraq, for example, made no sense. And nor were they going to be led by a caliph they played no part in selecting.

The caliphate is another moribund institution that has no role in the modern world. Who will accept a leader other than one with local credentials? After the murderous chief of the militant Islamic State group, Abu Bakr Al-Baghdadi, declared himself caliph, there was no rush to join his cause. True, several thousand Muslims did make the journey to Syria, but once the IS began to crumble, they were disillusioned and are now dead, or in jail.

Ultimately, this craving for the caliphate harks back to a period when Muslims ruled much of the world. There is a notion that once the caliphate is restored and unity among Muslims miraculously forged, they will regain their place in the sun. The ummah thus reborn will defeat the West, and the long decline of the Muslim world will be reversed.

Dream on. It takes more than faith and petrodollars to become a strong, modern nation capable of standing up for itself. Education and hard work are needed, not slogans and empty threats.