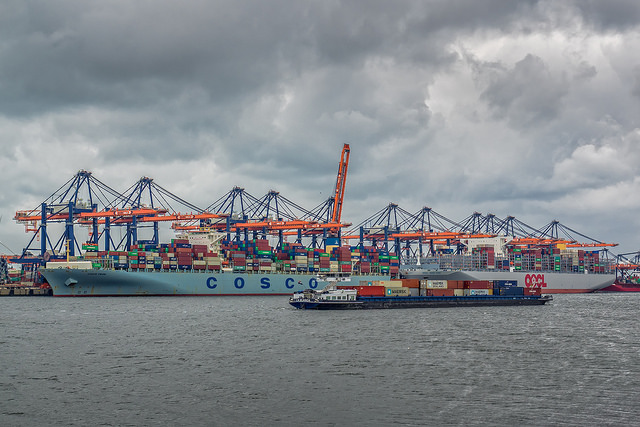 BRI is bringing China ever closer to Europe. One main of point of entry is Serbia, where China is fast gaining influence.

Earlier this month, Serbia announced the intended purchase of nine armed UAVs from China, with the option of buying 15 additional units in the future. The Pterodactyl-1, also known as Wing Loong 1, is an UAV manufactured by the AVIC Chengdu Aircraft Industry Group (AVIC CAC), a state owned combat aircraft maker that also produces the J-20 stealth fighter.

The Pterodactyl-1 has a wingspan of 14 meters, a range of 4000 kilometres, and can carry up to 400 kilos of bombs and air-to-surface missiles. The UAV has the potential to seriously alter the balance of power in the entire region, as neighbouring countries pose nothing that comes even close to the range and firepower of the Pterodactyl-1. Serbia is the first European country to get the Pterodactyl-1, but it was previously exported to various other countries, including Egypt, Pakistan, and Saudi Arabia.

The best known Chinese BRI-related investment in Serbia is Hesteel Serbia, a steelmaker. The plant, formerly known as Železara Smederevo, was bought by China’s state-owned HBIS Group in 2016 for $52 million. In 2018, the plant produced 1.77 million metric tons of steel, becoming Serbia’s largest exporter with sales of € 750 million. Also in 2018, China’s state-owned Zijin Mining bought a 63% stake in RTB Bor, Serbia’s largest copper mine, for $1.26 billion. Besides copper, the mine also produces silver and gold. Zijin Mining is one of China’s largest gold producers, and they are looking to expand gold production in Serbia. In 2017, RTB Bor produced 700 kilograms of gold.

Besides hard steel and copper there is soft power too. In Belgrade, China is currently building its biggest cultural centre in Europe. Significantly, the eight-story centre stands on the site of the former Chinese embassy to Yugoslavia. The embassy was bombed in 1999 by the United States during operation Allied Force. The U.S. maintains the bombing was a mistake but neither Serbia or China has ever believed that. The centre will include a Confucius Institute, embassy apartments, a business area, and a new monument for the victims of the 1999 bombing. The current monument is a must-see for Chinese delegations and tourists.

In infrastructure, China has been building BRI roads and bridges in Serbia for many years. The main project is the European route E763, running from Belgrade to Bijelo Polje in Montenegro. Several Chinese companies are working on new sections, bridges, and connecting roads. Just in recent months; a new road opened, another road started construction, and new bridges are being laid. The project keeps expanding and will eventually include a large portion of Serbia’s road-based infrastructure. China is moving into railroads too. In 2020, state-owned China’s Power Construction Corporation will start construction of a metro network in Belgrade, and, even more interesting, the modernization of Serbia’s railways to the border with North Macedonia.

The Digital Silk Road has arrived in Serbia as well. Huawei has proposed to build Serbia’s 5G network, and has offered to establish a ‘Government Cloud system’, which would combine the data and communication infrastructure of all government agencies in the country. Huawei is already active in Serbia with a Smart City pilot project.

Finally, China and Serbia are discussing the resumption of direct flights between countries to facilitate the growing number of tourists, who are being kept in check by Chinese police officers. China’s expansion in Serbia, it seems, has only just begun.

China's clout is growing on the edge of the EU, and the US is worried [CNN]

The end of an era: Trump invites China to police the Gulf [Middle East Institute]