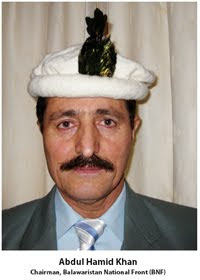 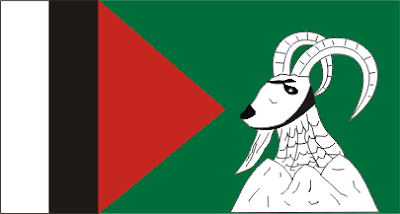 BANGKOK: Chairman Balawaristan National Front (BNF) Abdul Hamid Khan has said though Gilgit-Baltistan and Balochitan do not share a common border and other interest, they were both victim of exploitation and time has come to get united to achieve the rights denied to their people for the last over six decades, says a press release.

Speaking at a conference on Balochistan at Bangkok recently, Mr Khan said Balochistan has become a burning issue in South Asia because of the heroic struggle of the nationalist parties and their youth who have been sacrificing their lives for their nation’s future.

He said that the first freedom struggle for Balochistan started immediately after Pakistan was created in 1948. This was the turning point for Baloch nation when Pakistan merged a sovereign Kalat state into its territory. Pakistan has been adopting a multi-pronged strategy to deal with Balochistan from very beginning. It launched military offensive against Balochistan in 1948 and then 1958, 1962, 1973 and 2002 up till now to crush the legitimate voices of Balochistan. It kept Balochistan economically and educationally backward to suppress it further. Balochistan is rich in natural resources like gold, coal and gas etc which are being plundered by Pakistan by depriving its real owners. Natural gas which was discovered in 1951 in Sui is supplied to Punjab and other far-flung areas of NWFP by depriving the Baloch people, he added.

“This is the irony that real owners of gas and other resources of Balochistan are being declared terrorists and brutally killed when they demand their shares. Balochistan was/is not given its due share in the armed forces, police, railways, PIA, administration and judiciary etc.”

The BNF chief said thousands of innocent Balochi youth, politicians and even innocent women, children and girls were kidnapped and tortured with impunity. Thousands of checkposts have been established in Balochistan to harass the locals in the same manner the people of Balawaristan have been facing in Gilgit-Baltistan since General Zia’s religious fundamentalist regime. More than 200,000 Balochis have been displaced and many have been thrown out of their houses and lands, he adedd.

Many Balochis haven been kidnapped and killed even after restoration of the sacked judges of Supreme Court and High Courts and the announcement of so-called package. In such circumstances, there is no choice left with the Balochi leaders but to continue their struggle.

“If we compare the legal position of Balawaristan with Balochistan or Sindh, it’s totally different. Balochistan was made as a constitutional part of Pakistan irrespective of its legality or democratic values. Balawaristan remained outside Pakistan’s constitutional ambit since 16th November 1947 till today like Jammu and Kashmir. The status of Balawaristan is still to be decided according to UN resolution of 13th Aug 1948 under which Pakistan had to withdraw all its forces and civilians within three months after UN passed a resolution on 28th April 1949.

It’s a reality that there is no differences or opposition whatsoever between Balawaristan and Balochistan, because our geographical borders do not meet anywhere. That is why our interests do not clash with each other and apparently we have no common interest.

The common interest between Balawaristan and Balochistan is Karakorum Highway (KKH) which connects Pakistan with China and passes from Khunjarab of Hunza Gilgit up to Gwadar of Balochistan to enhance the economic and military activities between Pakistan and China up to Gulf countries. In the construction of dams and roads from Gilgit to Gwadar, both Pakistan and China are hands in glow and exploit our resources by neglecting the interest of the people of Balawaristan, Sindh and Balochistan.
On 18th Feb 2010, Pakistani forces killed three innocent people and injured a dozen others who were protesting against the construction of Diamer-Basha Dam in Chilas.

I appeal to the people of Balawaristan, Sindh and Balochistan to get united for their rights.