Al Qaeda Could Throw a Wrench in China's Plans for Afghanistan

Al Qaeda Could Throw a Wrench in China's Plans for Afghanistan 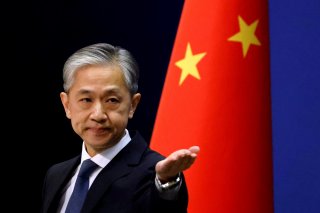 Where once the United States was perceived as the “far enemy” by Al Qaeda operatives, China can expect trouble with Al Qaeda and the so-called Islamic State Khorasan (ISIS-K) as it seeks to invest in the post-war torn Afghanistan.

Launched in 2013 as one of the critical ways of realizing the Chinese Dream, or the great rejuvenation of the Chinese nation, the BRI is a global critical infrastructure development strategy spanning across 139 nation-states. The CPEC forms a crucial component of the BRI to extend China’s strategic foothold into landlocked Central Asia to diversify its sources of energy from Western maritime trade interdiction in the first island chain.

CPEC-related undertakings range from integrating major railways, ports, and other infrastructure to upgrading domestic and cross-border fiber optic cables and encouraging the use of the renminbi.

A draft of the CPEC Master Plan unveiled by Dawn, Pakistan’s largest and oldest English-language newspaper, has also revealed that thousands of acres of agricultural land will be leased out to Chinese enterprises to establish “demonstration projects.” A full-fledged monitoring and surveillance system will be installed in cities from Peshawar to Karachi to instill law and order and a nationwide fiberoptic cable will assist in the “dissemination of Chinese culture.” Haier, a Chinese home appliances company will provide major household appliances, and ChinaMobile and Huawei will be the primary telecommunications providers in Pakistan. In addition, the China Metallurgical Group Corporation will head several mining and mineral extraction projects.

Such a buy-in signifies the declining vestiges of Western influence and Pakistan’s corresponding desperation to seek material assistance from Beijing. In Afghanistan, China seeks to extend the CPEC for “synergistic development of CPEC and China-Central Asia-West Asia Economic Corridor.” In December 2020, Afghanistan joined a CPEC project after Pakistan invited Afghan entrepreneurs to invest in the Rashakai SEZ and announced a border entry point for trade in the Wakhan Corridor.

China’s primary interest in Afghanistan lies in the Wakhan, a 217-mile long and 9-mile-wide panhandle in Afghanistan with 14,000 inhabitants connecting to the Wakhjir Pass in Xinjiang. The Wakhan—the only land border between China and Afghanistan—provides access into Turkmenistan and Uzbekistan, the only two Central Asian states that do not share a border with China.

The CPEC connects China’s restive province of Xinjiang, a province beset by Uyghur separatism and a disproportionate state crackdown on Muslims, to virtually all of Pakistani territory. This includes the disputed territories of Gilgit-Baltistan and Azad Kashmir, as well as the provinces of Balochistan, which have been beleaguered by an indigenous insurgency owing to centuries worth of Punjab domination. Khyber Pakhtunkhwa, a province in northwest Pakistan is also currently overrun by ethnic Pashtun zealotry. An estimated 400 to 600 Al Qaeda fighters serve alongside the Taliban The recent Taliban victory will likewise embolden the 40,000 Islamist militants operating on Pakistani soil and exacerbate cross-border terrorism along the volatile Afghanistan-Pakistan border. If China intends to invest heavily in the region, it will be forced to contend with such local tensions.

In the months moving forward, one can expect China’s diplomatic relations to be facilitated through Pakistan with the Taliban. A recent meeting between Pakistan’s Inter-Services Intelligence Chief and the Taliban's senior leader indicates Islamabad’s enduring influence on its former militant proxy. Pakistan’s envoy to Kabul, Mansoor Ahmad Khan, contended late last month that, “Regional connectivity is an important element of our discussion with Afghan leadership and our way forward for our economic interaction with Afghanistan… This important project - China Pakistan Economic Corridor... provides good opportunities, good potential for providing infrastructure and energy connectivity between Afghanistan and Pakistan... (and) also connecting South Asia to the Central Asian region."

One may also see the possibility of more Uyghurs being deported from Pakistan and Afghanistan, as well as Iran as Tehran and Beijing recently inked the 25-Year Cooperation Agreement to “serve as a giant leap toward materializing the common will expressed by the leadership on both sides for deepening relations and strengthening cooperation in various fields within the framework of [China’s] Belt and Road Initiative.”

Al Qaeda has been severely degraded since Operation Enduring Freedom began in Afghanistan twenty years ago to launch attacks against U.S. soil. However, a resurgence of Al Qaeda in Afghanistan may almost certainly present a threat to Chinese interests, who will not only be perceived as outsiders but as atheists. During the Soviet-Afghan War, the Afghan mujahideen requested assistance from the ahl al-kitab, or “People of the Book”—a special privilege to members of the Abrahamic traditions. The Chinese bear no resemblance to the People of the Book and may indeed become bogged down as the new “far enemy” of regional jihadists.

Saba Sattar is a doctoral candidate of Statecraft and National Security at the Institute of World Politics in Washington D.C. She specializes in security challenges in the Indo-Pacific region across the conflict continuum, from addressing the totalitarian Islamist phenomenon to Chinese geo-economic ambitions. She holds an M.A. in Statecraft and National Security Affairs, along with a B.A. in International Affairs and B.S. in Criminology from George Mason University.