Pakistan replaces its Belt and Road chief with Beijing favorite Pakistan's government, led by Prime Minister Imran Khan, left, has replaced its head of the China-Pakistan Economic Corridor, in a move seen as being orchestrated by China, led by President Xi Jinping. (Source photos by Reuters)
ADNAN AAMIR, Contributing writerAugust 8, 2021 11:00 JST
KARACHI -- Pakistan has replaced the head of its Belt and Road projects with an energy expert who is a favorite of Beijing in a bid to push the stalled projects forward, providing observers with another anecdote of China appearing to manage the infrastructure plan from behind the scenes.

Bajwa had been chairman of the CPEC authority since November 2019. As he takes over, Mansoor's title will now be 'Special Assistant to the Prime Minister on CPEC Affairs.'

Mansoor, with a career spanning 32 years, has worked at top management positions in many energy-related companies including Sindh Engro Coal Mining Company and Hub Power Company Limited, the latter of which has been involved in CPEC projects.

"[Khalid Mansoor's] vast corporate experience, with extensive work with Chinese companies and his direct involvement in leading some of the biggest CPEC projects, makes him an ideal person to lead the next phase of CPEC," Asad Umar, Pakistan's planning minister, said in a tweet. 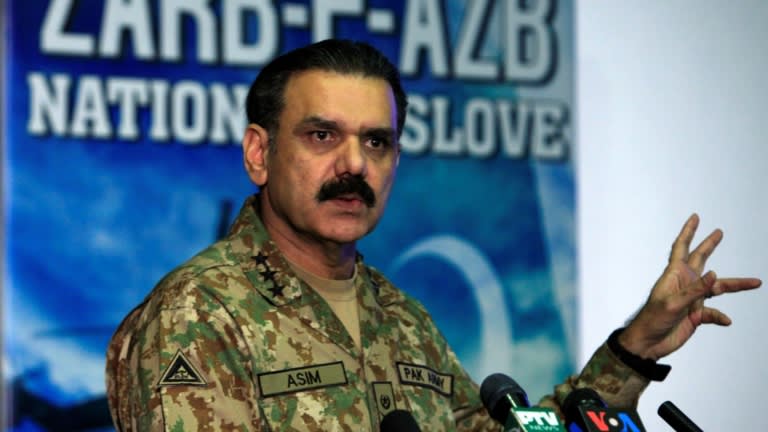 Asim Saleem Bajwa, a retired Pakistan army general, is stepping down from the leadership of the China-Pakistan Economic Corridor, the country's arm of the Belt and Road infrastructure initiative.   © Reuters

An official working with the government told Nikkei Asia that Bajwa had developed a good working relationship with China. Still, Beijing wanted someone in the job who was more familiar with Chinese companies and working culture. "Khalid Mansoor, who has worked with many Chinese companies including directly leading CPEC projects, fits the bill as China's favorite man for the job," the official said.

Experts have linked the change of Pakistan's CPEC chief with Beijing's displeasure at the slow progress of CPEC projects in the country. Since Bajwa assumed office as CPEC authority chairman, there had been no meetings of the Joint Coordination Committee, the apex body jointly chaired by Pakistan and China to make decisions about CPEC projects. With the new CPEC head in office, the 10th JCC is expected to be convened soon.

For several experts, this move is another example of China getting the upper hand in the CPEC and dictating terms to Pakistan. This follows an incident last month, when nine Chinese engineers were killed in a bomb attack on a convoy transporting Chinese personnel to the Dasu Hydropower project in Pakistan's Kohistan district. A Chinese national waits after receiving treatment for injuries in a bomb attack on July 14. Nine of the country's engineers were killed in the attack on a convoy transporting Chinese personnel to the Dasu Hydropower project in Pakistan's Kohistan district.   © AP

"CPEC has undoubtedly gone through a difficult period in the last few years but with the deaths of Chinese workers in the Dasu attack, and anxieties around the situation in Afghanistan, the whole [CPEC] venture has come under even closer scrutiny from Beijing," said Andrew Small, a senior trans-Atlantic fellow with the Asia program at the German Marshall Fund. The security situation in Afghanistan, which borders Pakistan and China, is deteriorating in the wake of the U.S. military withdrawal. He further added that the change of Pakistan's top CPEC man is possibly meant to restore the confidence of the Chinese side on CPEC.

In late July, it was revealed in a meeting that five CPEC energy projects, totaling 3,600 megawatts of generation capacity, are facing delays due to technical reasons. Energy projects are the single largest component of CPEC. The appointment of Mansoor, a man with decades of experience in this sector, is therefore seen as an attempt to accerelate these projects.

However, certain members of Pakistan's business community are not happy with the replacement of Bajwa with Mansoor.

"Asim Bajwa was doing a great job with CPEC and developed a strong grip on the matter and removing him from the job is not in the interests of CPEC," Daroo Khan Achakzai, a former president of the Federation of Pakistan Chambers of Commerce and Industries, told Nikkei. He added that the decision to appoint Mansoor was made without taking "any long-term political or economic considerations" into account.

Achakzai further said that Khalid Mansoor was part of one of the biggest elite business lobbies in Pakistan, led by Abdul Razzaq Dawood, the prime minister's adviser on commerce and trade. "Mansoor might serve the interests of the elite business lobby that he represents, but he will not be able to work for the progression of CPEC like Bajwa could have done."