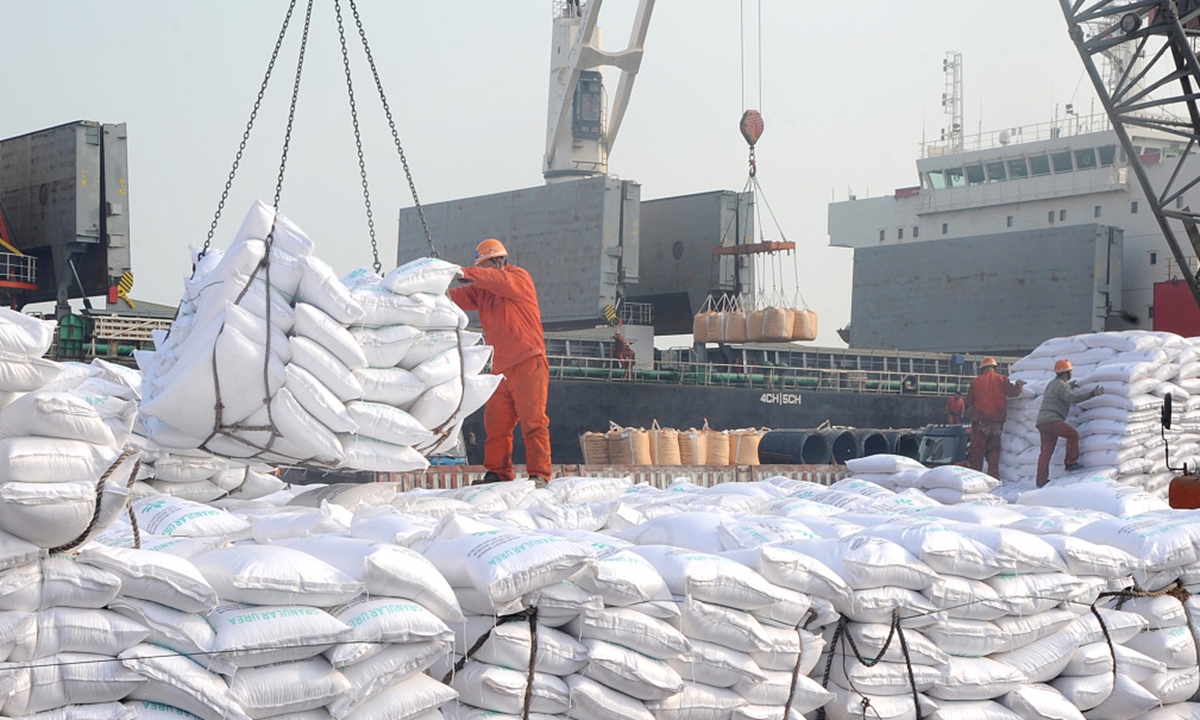 Even as battle raged across Afghanistan last week, Pakistan’s Gwadar Port, now operated by a Chinese company, continued to ship fertilizers to the landlocked country, the Global Times learned.

A total of 500 tons of fertilizers were shipped out of the port’s warehouse by a fleet of Pakistani trucks during the past week, a source at the port told the Global Times on Monday.

Located in Pakistan's southwest province of Balochistan, Gwadar Port is a key project of the China-Pakistan Economic Corridor (CPEC), a flagship project of the China-proposed Belt and Road Initiative (BRI). Since its operation, the port has begun to play a new role as an efficient transit stop and time-saving trade port for land-locked Afghanistan. It shipments of fertilizer started in January 2020.

During the past week, the Taliban’s swift military offensive surprised observers worldwide. The Taliban has declared the war in Afghanistan over after its fighters swept into the capital, Kabul, and President Ashraf Ghani fled the country, Aljazeera reported on Monday.

Fertilizer shipments, destined for Afghanistan are leaving the warehouses intermittently due to border closures. But this business was not cut off despite the battles between Taliban fighters and Afghan government forces last week, according to the port’s source.

Chaman, Pakistan’s border town with Afghanistan, the second-busiest entry point and main commercial artery to the sea, has been subject to multiple closures and reopenings since the Taliban seized the border town of Wesh on the Afghan side.

The closure resulted in a number of trucks carrying goods from and to Afghan stranded at the border, according to media reports.

“We read from news that the border at Chaman reopened. Anyway traders have been transporting fertilizers out from our port. Maybe they can pass the border directly, or they chose to wait at the border,” said the source at the port, adding that the fertilizer shipments are part of a batch of 20,000 tons of goods in transit offloaded at the port in June.

Zhou Rong, a senior researcher at the Chongyang Institute for Financial Studies at Renmin University of China, saw the unbroken trade flow through this international corridor, even during times of war and conflicts, as a validation of the advantages of trade.

“What happened just showed that normal trade between nations should not be blocked regardless of the situation,” Zhou said, noting that the Taliban knew it should not set up roadblocks for trade which is beneficial for Afghanistan’s war-torn economy.

A trickle of Chinese products continue to flow into Afghanistan through Pakistan, improved by CPEC infrastructure, though trade has been mostly done through the Port of Karachi, one of South Asia’s largest and busiest deep-water seaports that handles about 60 percent of Pakistan’s cargo, according to Zhou.

Goods made in China shipped to Afghanistan include small machinery, electrical transmission and distribution equipment which are imported by Chinese companies that provide electricity to the country's major cities.

Chinese Foreign Ministry said on Monday that China hopes that the Taliban will honor its vows to establish through negotiation an open and inclusive Islamic government, and act responsibly to ensure the safety of Afghan citizens and foreign missions in Afghanistan.

According to Chinese experts, China could play a role in post-war reconstruction and development of Afghanistan, pushing forward projects under the BRI and providing investment when safety and stability are restored in the country.

Afghanistan has become the first landlocked Central Asian country to benefit from using the Gwadar Port for transshipment trade. In 2020, the country imported 43,000 tons of fertilizers through the port contributing to its agricultural development
https://www.globaltimes.cn/page/202108/1231644.shtml