Balochistan: In the Crosshairs of History 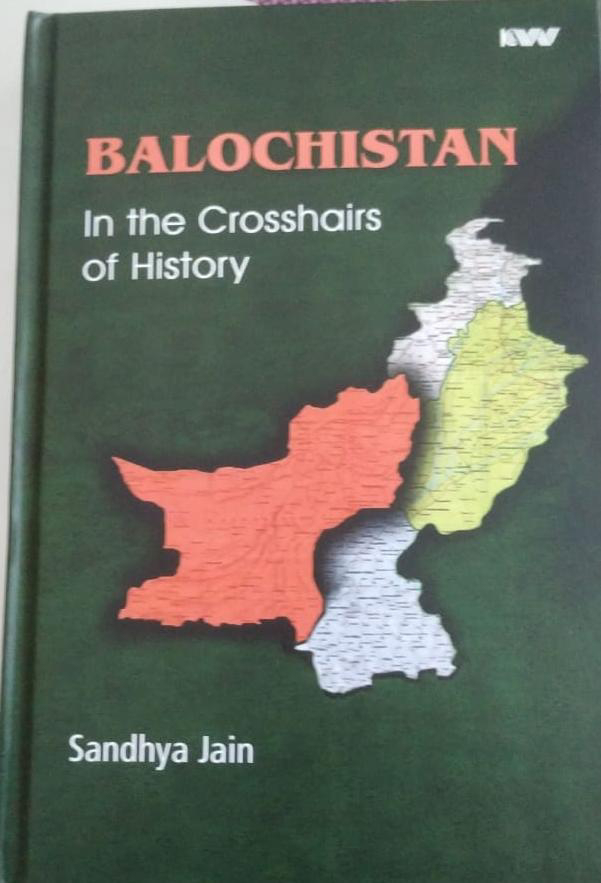 Indian Prime Minister Jawaharlal Nehru accepted the diktat of geography and acquiesced in the annexation of Balochistan in March 1948. However, Pakistan’s growing allegiance to a ‘China bloc’ and a potential ‘caliphate’ headed by Turkey, has taken it away from the US-led Euro-Atlantic world order. A realignment of the geopolitical order is underway in the region.

Pakistan has given China the warm water Gwadar Port on a 40-year lease as part of the China Pakistan Economic Corridor. This overturns British policy of restraining Russian (non-Western) influence in the Persian Gulf–Middle East. China now seeks to expand its footprint on land and sea routes to Europe, the Middle East, up to Africa and even South America.

Balochistan is strategically located at the crossroads of Afghanistan, Iran and the Gulf, at the mouth of the Strait of Hormuz, through which the bulk of Asia’s supply of oil passes. To control the Gulf region and secure their military bases in northwestern India, London tried to make Balochistan accede to Pakistan prior to Partition, and later encouraged Mohammad Ali Jinnah to annex the territory. Ahmad Yar Khan, the Khan of Kalat, struggled in vain to regain the independence he was entitled to under the 1876 treaty with the British Crown.

The Khan failed to understand London’s new geo-political needs and trusted Jinnah, the main protagonist for Pakistan, to help him win an independent Balochistan. London maintained the formality of discussions until August 15, 1947. Thus, at a round table conference in Delhi on August 4, 1947, Lord Mountbatten, Khan of Kalat, Chief Minister M. Aslam Khan, and Mohammed Ali Jinnah in his capacity as legal advisor of Kalat State, agreed that Kalat State would become independent.

However, when Ahmad Yar Khan declared independence on August 15, 1947, this was stoutly opposed by Pakistan and a nine-month tug of war ended in annexation. London did consider using an independent Balochistan as a base for the defence of the Persian Gulf (oil wells), but by 1946, when they decided to partition India, they felt Balochistan was too weak to be independent and should join a strong Pakistan, with its Punjabi-dominated Army that had been an asset of the British Indian Army. From 1949, MI6 and CIA used Balochistan as a base for their operations against Iranian Prime Minister Mohammad Mosaddegh, who had nationalised the Anglo-Iranian Oil Company.

Thereafter, Pakistan’s Punjabi elite rejected all pleas by Baloch leaders for justice and dignity within Pakistan, such as a federation on the lines proposed by Sheikh Mujibur Rehman. It refused to remove the military from civilian areas and disturbed the region’s ethnic balance by pushing in millions of settlers. The subjugation of the Baloch, repression of Balochi language, and plunder of resources contributes to the constant turmoil in the region. Insurgencies break out intermittently; the current insurgency is the fifth and has been aggravated by the dispossession of the local population by the China Pakistan Economic Corridor (CPEC).

India is opposed to the Belt and Road that runs from Xinjiang through (Indian) Gilgit Baltistan that also detests Chinese presence in the region. Project sites are attacked by guerrilla groups almost daily, making a functioning CPEC difficult. The region’s instability is aggravated by the fact that the Afghan Taliban use Balochistan as a base to fight the Kabul government, while Sunni groups alienated from Tehran use it as a sanctuary.

Balochistan cannot be compared to Bangladesh, where the Awami League won the 1970 election and was denied power; India was forced to intervene to stop the genocide and staunch the flood of refugees into its territory. Balochistan is not contiguous to India. India has often flagged Pakistani atrocities before the international community. India’s representative to the UN raised the issue of Islamabad’s atrocities in Balochistan, Gilgit-Baltistan and Pakistan-Occupied Kashmir at the 33rd session of the UN Human Rights Commission (UNHRC) in September 2016; External Affairs Minister Sushma Swaraj informed the General Assembly, “The brutality against the Baloch people represents the worst form of State oppression.”

Some international support has begun. In 2017, Western delegations supported the Baloch Republican Party representative who spoke about genocide and State atrocities in Balochistan at the 34th session of the UN Human Rights Council (March 6-23, 2017) at Geneva, and ensured that China and Pakistan could not get his remarks expunged.

As Senior Fellow, Nehru Memorial Museum and Library, Delhi, Sandhya Jain undertook a study of the complex factors at work in the painful saga of the Baloch people.

Chapter 1 discusses the reasons for Balochistan’s failure to secure independence in August 1947. These include British plans for post-1945 dominance, fear of Soviet power after the defeat of Nazi Germany, the quest for military bases to protect the oil wells of the Gulf and the inevitability of partition. Pakistan was created to protect the multiple strategic interests of the Western allies, and Balochistan was collateral damage.

Chapter 2 discusses Baloch identity as separate and distinct from neighbouring peoples, who moved from Aleppo between the 4th and 7th centuries due to tribal feuds, and gradually settled across their current homelands. The Arab conquests changed the religion of the people and ushered in prosperity as they promoted trade and commerce. Baloch political identity began with Mir Jalal Han who established the first confederacy at Makkoran in the 12th century, and was consolidated under the thirty-year rule of Mir Chakar Rind in the 15th–16th century. This was the golden age of the Baloch. In 1666, Mir Ahmed Khan of the Kambarani tribe established the Ahmedzai dynasty that lasted until 1948. The chapter traces Baloch nationalism and identity to the tradition of common ancestry, myths, and heroes going back eight centuries; claims over a contiguous territory (homeland); ethnic and linguistic bonds and non-chauvinistic assimilation of other groups into the community.

Chapter three discusses the successive insurgencies since 1948; their brutal suppression by the State; the brief tenure of the first elected provincial government and its dismissal by Zulfikar Ali Bhutto; the 25-year truce ensured by Gen. Zia-ul-Haq and return of political activity to the region, including Baloch attempts to adjust with mainstream political parties like the Pakistan Muslim League and Pakistan People’s Party; the vainglory of Gen. Pervez Musharraf and the ongoing insurgency against exploitation of the province’s natural resources without fair compensation, including anger at China’s takeover of Baloch territory via the CPEC; and the emergence of powerful guerrilla groups.

Chapter 4 deals with the economic exploitation of Balochistan which remains the poorest and most backward region of Pakistan. The issue is discussed in terms of royalty for natural resources; Chronic Development Deficit; infrastructure development; neglect of Agriculture; Health indices; poverty indices; Imbalance in employment in the Services; Representational Imbalances; Gwadar and the oil pipelines; the Eighteenth Amendment and 7th NFC and the Drug Economy.

Chapter 5 discusses the China-Pakistan Economic Corridor and infrastructure projects intended to stimulate development in China’s backward provinces. The CPEC is important because it straddles the Silk Road Economic Belt and Maritime Silk Road and gives China command of a geostrategic sphere from Xinjiang to the Mediterranean Sea and beyond, and makes it a two-ocean power. We discuss how the original components of the CPEC, a 3000-km rail, road and oil pipeline from Kashgar to Gwadar port, have quietly been shelved as unviable, but many power projects and other infrastructure projects continue, which are taking Pakistan deep into debt. At the same time, the CPEC is constantly targeted by Baloch insurgents, even as Uighur and Taliban militants pose a danger to the project.

Chapter 6 discusses the B&RI and China’s vision for a new international order and contrasts this with India’s gentler neighbourhood policy, and the evolution of the Indo-Pacific concept from a purely maritime idea to a geopolitical one. The B&RI dwarfs the US Marshall Plan in scale and ambition, making China the first non-Western power to present a plan to dominate Eurasia and the Asia-Pacific. British geographer Halford J. Mackinder said, “who controls Eurasia, controls the world.” US strategist Alfred Thayer Mahan said, “Control of the sea by maritime commerce and naval supremacy means predominant influence in the world.” Beijing seeks to marry both theories in the B&RI. An immediate goal is to achieve a Sino-centric unipolar Asia in a multipolar world; India seeks a multipolar world and a multipolar Asia. Another goal is the promotion of the renminbi as an international reserve currency.

The sad conclusion is that the fate of Balochistan has always been linked to political developments in the region, especially Afghanistan. Here the Taliban is again ascendant and has thrown the region into turmoil once again.