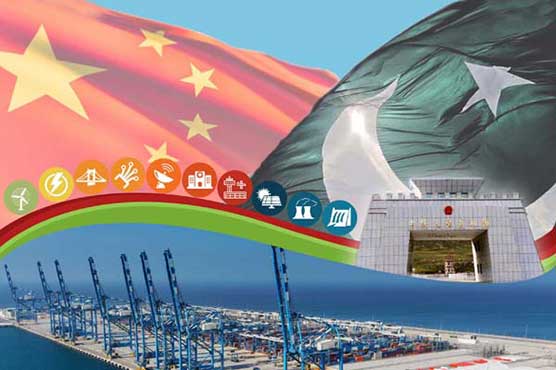 As per details, the Cabinet Committee on the Disposal of the Legislative Cases (CCLC) had recently approved a draft law pertaining to the CPEC Authority. The federal cabinet is likely to ratify the newly-drafted law before presenting it in the National Assembly.

“Following the expiry of the CPEC Authority Ordinance 2019, the government has prepared a fresh draft of CPEC Authority Bill 2020 to amicably deal with issues pertaining to CPEC Authority and to speed up the pace of CPEC projects which are important for the economic development of the country,” an insider informed.

The CPEC Authority was established through CPEC Authority Ordinance 2019 on 5th October 2019 for the purpose of coordination, evaluation and monitoring of CPEC-related activities across the country.

The ordinance expired on 31st May 2020 after the grant of a one-time extension of 120 days through a resolution. As a result of the ordinance’s expiry, the CPEC Authority stood dissolved.

Sharing details of the proposed law, sources said that it has been proposed to abolish the position of chief executive officer of CPEC Authority, reduce the powers of CPEC Authority chairman in decision making process and an end to the CPEC Authority’s powers to constitute CPEC Business Council.

As per the draft law, “The authority may call for any pertinent information, required by it from any person, institution or body that is or has been involved directly or indirectly in any CPEC-related activity, while any person or its authorized officer will be bound to provide this information within the period prescribed by the authority or such officer.”

Similarly, the authority, in the performance of its functions, can seek assistance or facilitation of office, authority or agency working under the government or a representative designated by the provinces and territories. In this regard, provinces and territories may appoint a representative to provide input and assist the authority in performance of the functions under the new law.

The decision of the authority will be taken by the majority of total members, and the quorum for a meeting will be two-thirds of the total members while fraction being counted as one.

There will be a CPEC Business Council to be notified by the Board of Investment, which will advise the authority in accordance with the memorandum of understanding (MoU) signed between the National Development and Reforms Commission of China and Pakistan’s Ministry of Planning Development and Special Initiatives.

The BOI will act as secretariat of the business council and will meet periodically.