The Emergence of a Sino-Russian Economic Partnership in the Arctic?

The Emergence of a Sino-Russian Economic Partnership in the Arctic?

May 19, 2020By Christopher Weidacher Hsiung 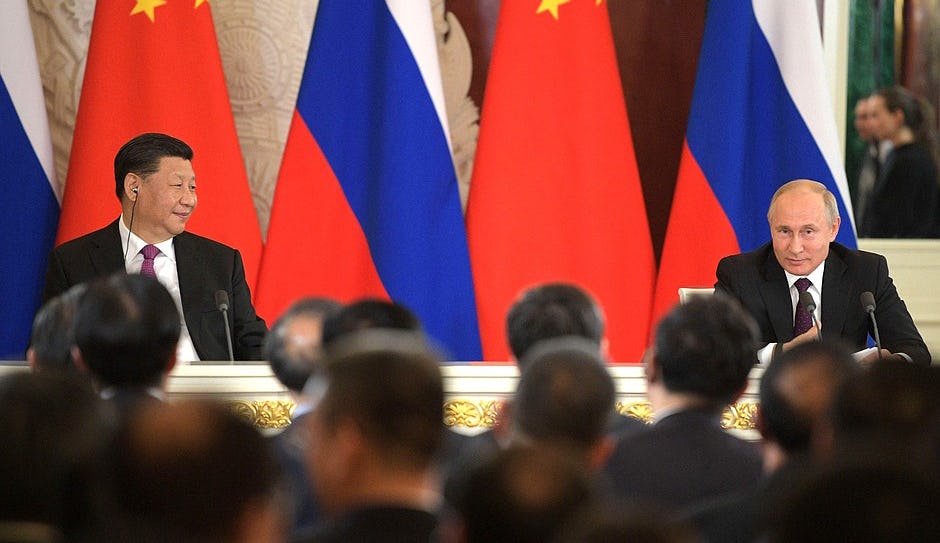 China’s Arctic engagement has increased considerably during the past decade, which has not only offered plentiful economic opportunities but also created new risks and concerns among the eight Arctic states, non-state actors, and peoples. To increase understanding of dimensions of Beijing’s Arctic activities, The Arctic Institute’s new China series probes into China’s evolving Arctic interests, policies, and strategies, and analyses their ramifications for the region (and beyond).

The Sino-Russian strategic partnership has never been as comprehensive and stable as it is now. While the relationship certainly faces underlying challenges, such as deep-rooted memories of historical rivalry and a growing power imbalance in China’s favour, it is remarkable how enduring bilateral relations have been since the end of the Cold War. A major driver for closer ties has been perceived pressure from the US, but Chinese reassurance policies to mitigated Russian threat perceptions of a rising China have also contributed.

Long lagging behind more developed political ties, the economic dimension has expanded, particular in recent years. Sino-Russian bilateral trade has steadily grown, exceeding 100 USD billion in 2019. Today, China is Russia’s largest trading partner and Russia is China’s largest oil supplier. Energy trade constitutes the main pillar, but agricultural trade and cooperation in science and technology are growing. Notably, increased Sino-Russian economic engagement is also evident in the Arctic region. This begs the question, are we witnessing the emergence of an economic partnership in the Arctic? Early disclaimer: likely, but not without its challenges.

A new venue of economic engagement

Arctic economic cooperation is frequently declared as a promising venture by both sides, particularly regarding energy and shipping. This was not always the case, as Russia has long cautioned against greater involvement from China, evident with its hesitant acceptance of China’s permanent observer status in the Arctic Council (AC) in 2013. The aftermath of the Ukraine crisis in 2014 however changed some of Moscow’s calculus. Russia had to cope with the impact of western sanctions, leaving many Arctic projects uncertain, leading Russia to accept Chinese involvement to a larger extent – although steps had already been taken towards more joint projects.

For instance, Chinese engagement has been crucial for the Novatek-run Yamal onshore LNG project in north-western Siberia. In 2013, China’s National Petroleum Corporation (CNPC) obtained a 20% share in the project and in 2015 China’s Silk Road Fund acquired a further 9.9% (French Total is the second foreign investor with 20%). In total, Chinese investors have provided up to 60% of the total capital. The LNG project is now operational, shipping natural gas to mainly Asian markets, China included, and it is hailed as the very cornerstone of Sino-Russian Arctic energy cooperation by both sides. Building on this apparent success story, it now also seems that the two sides want to develop another LNG project on the Gydan Peninsula not far from Yamal.

Shipping, or rather the use of the Northern Sea Route (NSR) as transit route trade for China’s important trade with Europe, constitutes another area of cooperation (and often motivated by the Chinese as a way to mitigate the “Malacca Dilemma”). In 2010 Russia’s Sovcomflot and CNPC signed a commercial agreement for long-term oil shipments, and in 2015 Russia’s Ministry for Development of the Russian Far East and China’s National Development and Reform Commission (NDRC) signed a MoU for cooperation on the NSR. Recently a joint venture between Novatek, Sovcomflot, China’s state-owned shipping company COSCO and China’s Silk Road Fund was established to manage Arctic ice-class vessels for LNG transport related to existing and planned Novatek projects. China could also be interested in cooperating with Russia to construct a nuclear powered icebreaker.

More broadly, in 2017 Beijing and Moscow declared a joint ambition to develop something they call a “Polar Silk Road” as part of China’s Belt and Road Initiative (BRI). While concrete projects still await, the political signalling is evident. Moreover, certain initiatives have been initiated. For instance, in 2018 a financial mechanism initiative was set up with a 9.5 billion USD credit line from China to finance projects within the larger cooperation scheme between BRI and the Russian-ledd Eurasian Economic Union (EEU) where collaboration on the NSR is a priority area.

At the same time, some caution should be exercised. Beyond the LNG Yamal project, little else of larger scope has materialized concretely for the time being. One major challenge is that Russia still remains sceptical about inviting China into energy projects, especially on the production side, despite the need of Chinese investments and the overall improvement of bilateral ties. Another challenge is that Chinese companies still lack the necessary technical skills to operate off-shore as many Western firms do, at least not yet.

Regarding shipping, China has expressed modest commercial interest. The usage of full NSR transits are still relatively low where most of the traffic is intra-regional and domestic, despite the media-hyped sailings over the years by COSCO vessels. The Chinese are also quite aware of the major difficulties Russia faces in turning the NSR into a realistic transit route, not the least with infrastructure capacity. Moreover, as with energy and in the view of the Chinese, Russia remains unwilling to fully embrace Chinese involvement which of course also limits the Chinese willingness to engage. In addition, most of China’s global trade originates from its central and southern parts and where using the NSR to go to Europe makes less sense.

These challenges notwithstanding, more is to be expected. Sino-Russian cooperation in the Arctic is, so far, mostly economically focused. On a general level, there is growing interdependence between the two economies with Russia providing commodities that China needs (notably oil and gas) and China contributing capital and increasingly advanced industrial technologies – all components of relevance to the Arctic and its development. More broadly, the impact of intensified global strategic rivalry between China and the US, which also affects the Arctic, coupled with persistent US/NATO- Russia tensions in Europe, are pushing Beijing and Moscow even closer together – which is underpinned further by an apparently close, or at least, mutually respectful personal relationship between China’s Xi Jinping and Russia’s Vladimir Putin. While the current Coronavirus pandemic has put some breaks on economic interaction, over time things will pick up again as China has become Russia’s main economic and technological partner. If anything, the on-going COVID-19 crisis will only accelerate the incentives towards even more economic, and deeper strategic, Sino-Russian cooperation. This will likely also lead to a gradually expanded Sino-Russian Arctic economic partnership, albeit with certain fits and starts.