Pakistan has secured funding from China for a major hydropower joint venture in Kashmir, but the loan terms have not been revealed.     © Reuters
https://asia.nikkei.com/Spotlight/Belt-and-Road/China-ignores-India-over-dam-project-in-Pakistani-Kashmir
ADNAN AAMIR, Contributing writerMay 24, 2020 15:36 J
KARACHI -- In a move that has seriously displeased India and tightened economic relations with China, Pakistan has awarded a contract to a Chinese-Pakistani joint venture to build a dam in the long-disputed Kashmir region.

The initial phase of the Diamer Bhasha dam project, worth 442 billion Pakistan rupees ($2.75 billion), has been awarded to a joint venture between Power Construction Corporation of China and the Pakistan Army's Frontier Works Organization on a 70:30 basis.

The project is located in Gilgit-Baltistan, a northerly region 320km from the border with China. The multipurpose dam will be used for power generation, water storage and flood control. It will have a 4,500 megawatt capacity and storage for 8.1 million acre feet of water.

✔ The dam is China's first major infrastructure project in Kashmir, and part of the China-Pakistan Economic Corridor (CPEC), which is tied into China's massive Belt and Road Initiative.

In 2018, China installed an 820km fiber optic cable under CPEC that cost $37.4 million and passed through the same region.

Muzammil Hussain, chairman of Pakistan's Water and Power Development Authority (WAPDA), said his organization will provide 30% of the investment and the government of Pakistan the rest. Hussain put the total cost of the project at 1.497 trillion rupees ($8.77 billion).

The figure is contentious, however, since Hussain previously estimated the cost at about $14 billion on various occasions. 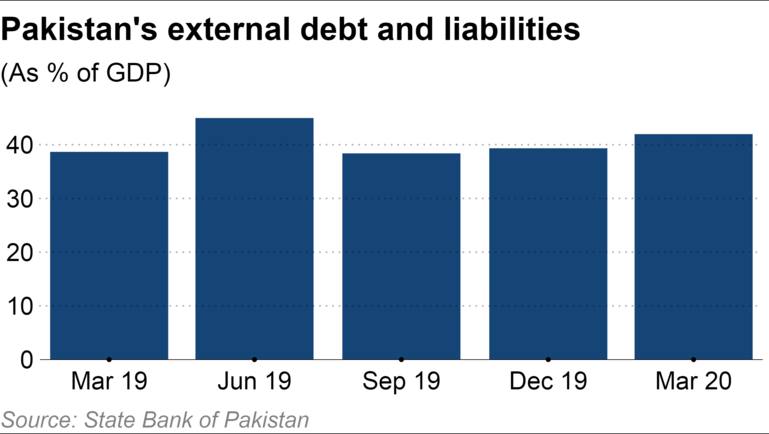 Pakistan is certainly in a financial crunch and would be unable to self-finance the project. Only last week, the government diverted $6.23 million from a COVID-19 relief fund to pay interest on energy debts.

James M. Dorsey, a senior fellow at Singapore's S. Rajaratnam School of International Studies (RSIS), believes that China will fund the project through loans to Pakistan, but how these will be repaid remains to be seen. Dorsey told the Nikkei Asian Review that the project will serve China's interests more than Pakistan's because "China has the upper hand in bargaining due to its economic support to Pakistan under [CPEC]."

Some observers believe Pakistan is keen to get the dam built quickly and willing to leave financing concerns until later. "There's no indication that Islamabad has thought through how it will cover these immense costs," Michael Kugelman, deputy director of the Asia program at the Wilson Center in Washington D.C., told Nikkei. "Or if it has thought things through, it hasn't released its plan to the public."

✔"Since [Islamabad] will have few other funder options, it won't have much leverage with China in terms of the structuring of a potential loan," Kugelman said.

In November 2017, Pakistan pulled the dam proposal out of CPEC because of Beijing's conditions, which included owning the project. Islamabad's earlier requests to other funding sources, including the World Bank and the Asian Development Bank in 2016, were turned down because of the longstanding hostility between India and Pakistan over Kashmir. 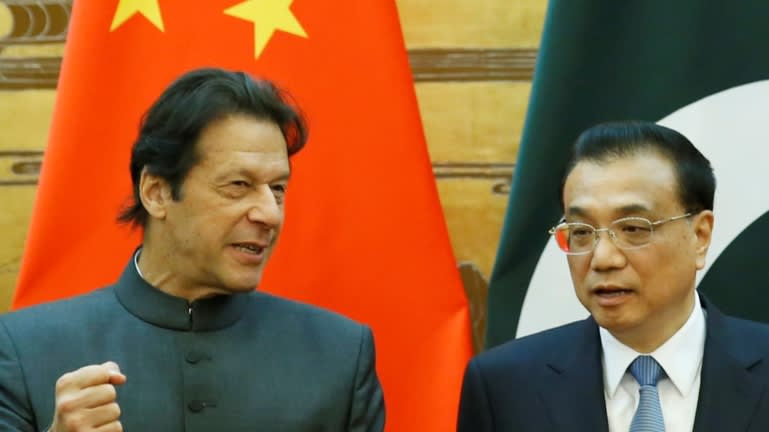 The decision by the government of Prime Minister Imran Khan in Islamabad to allow China to build a large dam in disputed Kashmir has been roundly condemned by India.    © Reuters

India immediately condemned the latest development. "We have consistently conveyed our protest and shared concerns with both China and Pakistan on all such projects in the Indian territories under Pakistan's illegal occupation," Shri Anurag Srivastava, the official spokesperson of India's Ministry of External Affairs said in a statement.

Observers doubt that India's dismay will impede the project. "India cannot use diplomatic pressure to stop work on this project because world attention is toward the coronavirus pandemic," said Dorsey.

"New Delhi has long opposed the Belt and Road Initiative because of its intended projects in disputed areas, including Gilgit-Baltistan, and that certainly hasn't stopped Pakistan and China," said Kugelman. "The same applies to the dam