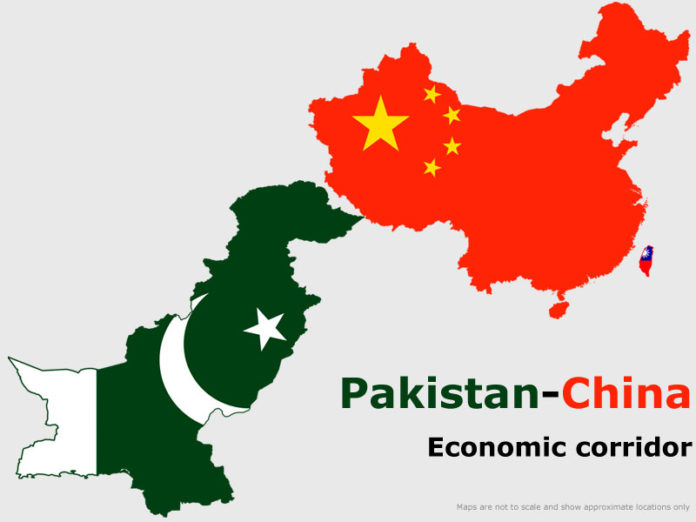 As the China Pakistan Economic Corridor (CPEC)—which is part of China’s Belt and Road Initiative (BRI)—enters its second phase, Pakistan’s new Special Economic Zones (SEZ) are now at the forefront of the Sino-Pakistani industrial cooperation agenda. However, Beijing’s cautious treading reflects its apprehensions regarding the viability of the CPEC’s industrial component.

China Relevance for Pakistan’s Industrial Ambitions
The first phase of the CPEC’s “early harvest projects” was intended to overcome Pakistan’s shortcomings in communication infrastructure and energy supply. The second phase is expected to catalyse industrial take-off, and create over 575 000 jobs in Pakistan in the coming years. On 3 January 2020, Pakistan’s Prime Minister, Imran Khan inaugurated the CPEC’s first SEZ, the Allama Iqbal Industrial City, in Faisalabad. This is one of the nine SEZs set to be created along the Corridor. Under the Pakistan Vision 2025 plan, these SEZs are expected to complete the implementation of industrial clusters across the country, and spearhead Pakistan’s overall industrial development.

Chinese companies are the first partners Pakistan seeks to attract for investment in these SEZs. Islamabad hopes for its industries to utilise such investments for technology transfers to eventually increase their productivity and diversify production. With Chinese financial and material help, Pakistan aims to move away from its textile manufacturing-centred industry to a competitive technology-based industry involving engineering, pharmaceuticals ,etc. This would necessitate substantial investment from China in R&D activities, human resource development, and technical training.

China’s Apprehensions
In February 2020, China’s Consul General to Karachi, Li Bijian, indicated that Chinese companies are apprehensive of getting involved until Islamabad provides better guarantees, such as on regulatory frameworks and political initiative. Learning from its SEZ experiments in African countries where shortcomings in local administrative efficacies often resulted in additional costs for Beijing, China is now expecting a degree of preparation (basic infrastructure, energy supply, security arrangements, etc) in the BRI target countries. However, Pakistan is falling short on most such prerequisites.

Around mid-2019, reports emerged detailing inadequacies in basic infrastructure and other requirements in three CPEC SEZs that were under development. In November 2019, Pakistani companies complained about electricity shortages in SEZs sites. Furthermore, Pakistan’s Special Economic Zones Act, 2012, provides neither protection against “rent-seeking” activities nor clear rules regarding foreign labour importation. General shortcomings in regulatory frameworks are also evident, given how multiple sectors do not meet international health and safety standards. In addition to these, what seems to most irk Beijing is the Pakistani administration’s lukewarm political initiative. Islamabad has already decided to decelerate the remaining CPEC infrastructure projects ito reduce the country’s debt burden, and does not seem to have a clear stand on the CPEC’s second phase. Additionally, the multiple amendments to the SEZ Act and the u-turns of the Pakistan Board of Investment have given an impression of confusion to China.

Meanwhile, in November 2019, a Pakistani military-led CPEC Authority was created via a government ordinance, presumably to project Pakistan’s capability to manage the situation. However this could also have counter effects, given how the creation of such an authority contravenes the Pakistani Senate’s advice, and has the potential to fuel the debate around CPEC opacity.

The Conundrum
Overall, China seems unconvinced about local capacities, and highly concerned about their implications for the image it seeks to project vis-à-vis BRI. CPEC’s second phase is crucial for BRI’s continuation as it reflects the potential the project has to offer once infrastructure delivery is complete. At the second Belt and Road Forum in 2019, China’s President, Xi Jinping, announced that going forward, “people-centred development” was a priority. Given how CPEC is being marketed as a flagship BRI project, China now has to prove that its presence results in real job opportunities in Pakistan.

However, on the issue of relocating production to Pakistan, there seems to be a mismatch between China’s image-related communication objectives and economic rationale. Training the large pool of unskilled workers in Pakistan would require substantial Chinese spending. However, an economic slowdown is currently ongoing in China, and there is also growing discontent within China, with increasing demands for investment in their own public services and infrastructure instead of in BRI partner countries.

Finally, the incompatibility of Chinese and Pakistani expectations for these SEZs continues to be a key stumbling block. Over the past few years, Chinese investments in SEZs across the world were targeting manufacturing industries to sell lower quality products in the near neighborhood of countries in which they invested. However, Pakistan intends to benefit from technology transfers itself. Furthermore, Pakistan’s complex relations with its neighbours complicate China’s objective of making Pakistani SEZs a platform for selling Chinese products in the region.

Looking Ahead
It appears that CPEC will not be the much touted ‘game changer’ for Pakistan’s economy as China is already scaling down its involvement along the BRI. Pakistan’s economic objectives also do not correspond to Chinese ambitions. Therefore, chances are that going forward, China-Pakistan industrial cooperation might be limited to isolated cooperation projects.

Research Intern with the Centre for Internal and Regional Security (IReS), IPCS