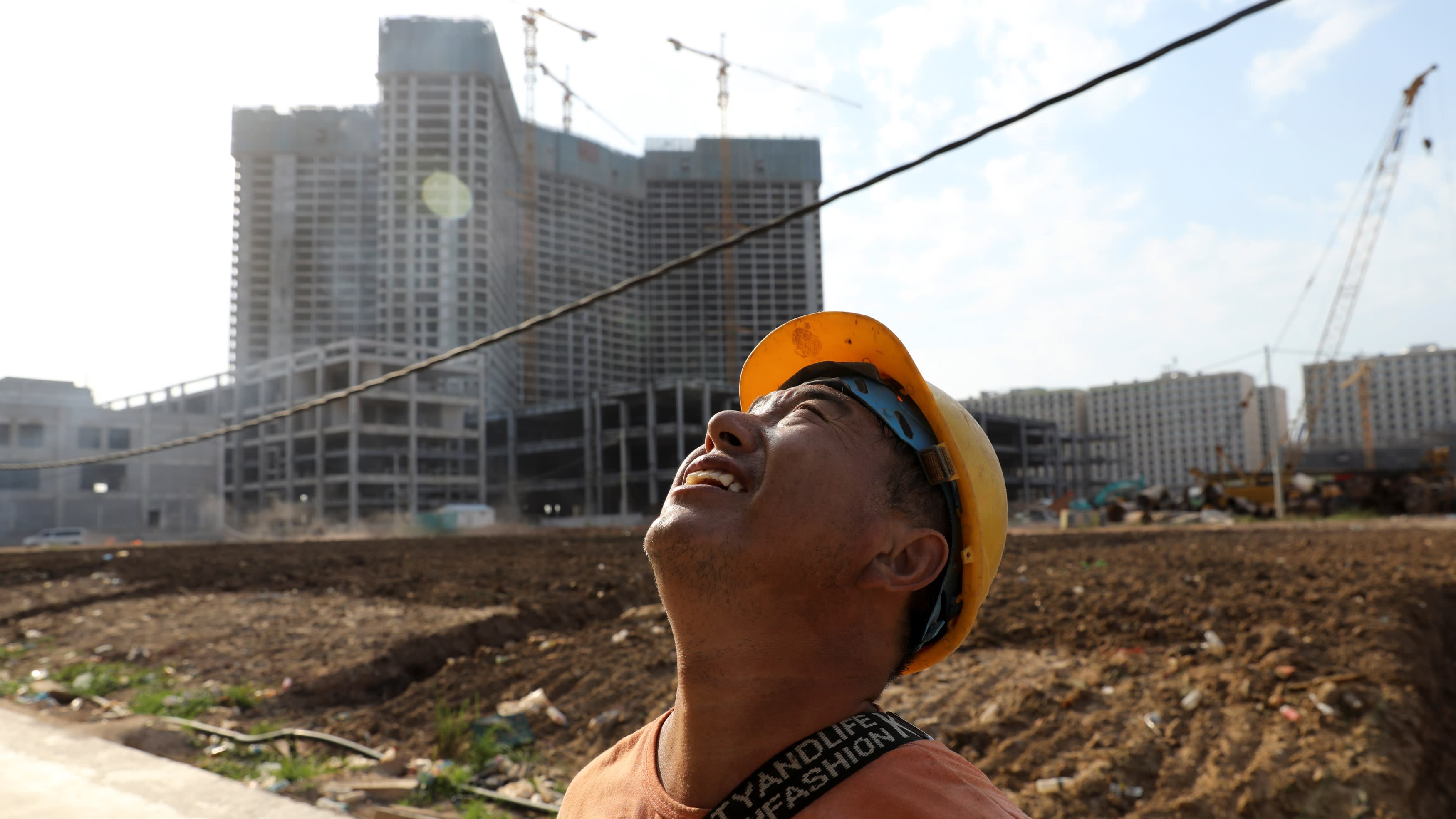 A Chinese worker stands on a construction site in Sihanoukville, Cambodia, in February. The coronavirus pandemic has disrupted flows of workers and materials to China-funded projects across the region.   © ReutersPRAGUE -- The new coronavirus is straining economies to the breaking point, but China says its Belt and Road Initiative will proceed intact.

Analysts are not so sure.

Some think a weakened China will have little choice but to step back and reassess its foreign investments in the post-pandemic world. But a Belt and Road 2.0 could also present new opportunities to wield influence -- especially in Southeast Asia -- as the European Union and other investors nurse their own wounds.

Despite the raging pandemic, China has not stopped committing to new infrastructure projects across the Southeast Asian bloc. In the months since the outbreak started, it has sealed deals for an $800,000 dam in Cambodia, a $22.4 million business park in Myanmar and a large solar energy farm in Laos.

"Keeping foreign trade and foreign investment stable is vitally important, as the Chinese economy has been deeply integrated into the world economy," state media quoted Premier Li Keqiang as saying on March 10.

Likewise, the Global Times, a government mouthpiece, published an article in mid-March insisting that President Xi Jinping's vision of infrastructure stretching from Asia to Europe "will not change due to the epidemic" and would not require any "major adjustments."

But Jonathan Hilman, head of the Center for Strategic and International Studies' Reconnecting Asia Project, cautioned that while China has announced some new deals, numerous Southeast Asian infrastructure projects are in limbo. Travel restrictions, all-out lockdowns and local coronavirus outbreaks stand in the way.

"As always," he said, "it's important to remember that projects are easy to announce and much more difficult to deliver."

Just how difficult remains to be seen.

What is clear is that the coronavirus slammed the brakes on China's already slowing economy. A recent World Bank report forecasts growth of just 2.3% for China this year, the worst rate in 44 years. Some experts are convinced this will inevitably affect the Belt and Road. Shanghai in February: The pandemic's impact on China's already slowing economy is expected to affect Belt and Road investments.   © Reuters

"In the following months, Beijing will most certainly shift its focus to increasing domestic consumption, boosting consumption-led industries and assuring liquidity to the small to medium domestic enterprises -- a way of stabilizing domestic employment," said Yu Jie, senior research fellow on China at London's Chatham House.

"Therefore," she added, "BRI-related foreign direct investments will be become less of a focus to the Chinese government, as well as to major Chinese state-owned enterprises, which are the main players for the existing BRI projects."

Even before the virus panic, the Chinese economy grew just 6.1% last year, the slowest pace in decades. The effects showed up in its investment figures: Foreign direct investment declined by 9.8% from 2018, with nonfinancial outbound direct investment falling 8.2%, according to the Ministry of Commerce.

"The BRI will not end here. It is too important to Xi's image"

A closer look, however, shows that while investment in Europe and North America plunged, China's outlays in Asian countries -- particularly Southeast Asia -- fell only slightly or even increased. This suggests the region could remain a priority even if Beijing cuts back other investments further.

"The BRI will not end here. It is too important to Xi's image," said Jeremy Garlick, assistant professor of international relations at the University of Economics in Prague. "But it may be transformed and streamlined ... as the economy contracts."

The days when China seemingly threw money at everything may be ending, but it still has Xi's reputation to protect. Overseas projects also remain critical for supporting Chinese corporate earnings and employment while gaining global clout.

Capital is still available. By relaxing the reserve ratio for lenders to 10%, China's central bank last month freed up 550 billion yuan ($77 billion) of funds for additional credit. In early March, the state-run China Development Bank said it would provide low-cost financing for Belt and Road-related companies hurt by the virus. In Sihanoukville, locals complain about rising crime and costs after the Chinese development surge.   © Getty Images

In the short term, China can do little more than wait to see how bad Southeast Asia's epidemic becomes. The region's number of COVID-19 infections only began to surge in mid-March, reaching around 10,000 as of Thursday. Depending on the severity of the crisis, it could create other complications for Beijing.

China's early handling of the outbreak in Wuhan has drawn sharp global criticism. Its "mask diplomacy," aimed at presenting itself as a savior for other virus-hit countries, has begun to look like a flop due to complaints about the quality of its supplies, including in Malaysia. A severe virus toll in Southeast Asia could fuel anti-China sentiment that has been brewing in some places for years.

In Sihanoukville, a once-sleepy coastal Cambodian city that became a hotbed for Chinese investment, locals complain about rising living costs and crime rates.

A recent survey of Southeast Asian professionals and opinion leaders by Singapore's ISEAS-Yusof Ishak Institute found China is perceived as the most influential economic and geopolitical power in the region. But nearly 72% expressed concern about its economic influence, while 85% were worried about its political and strategic clout. 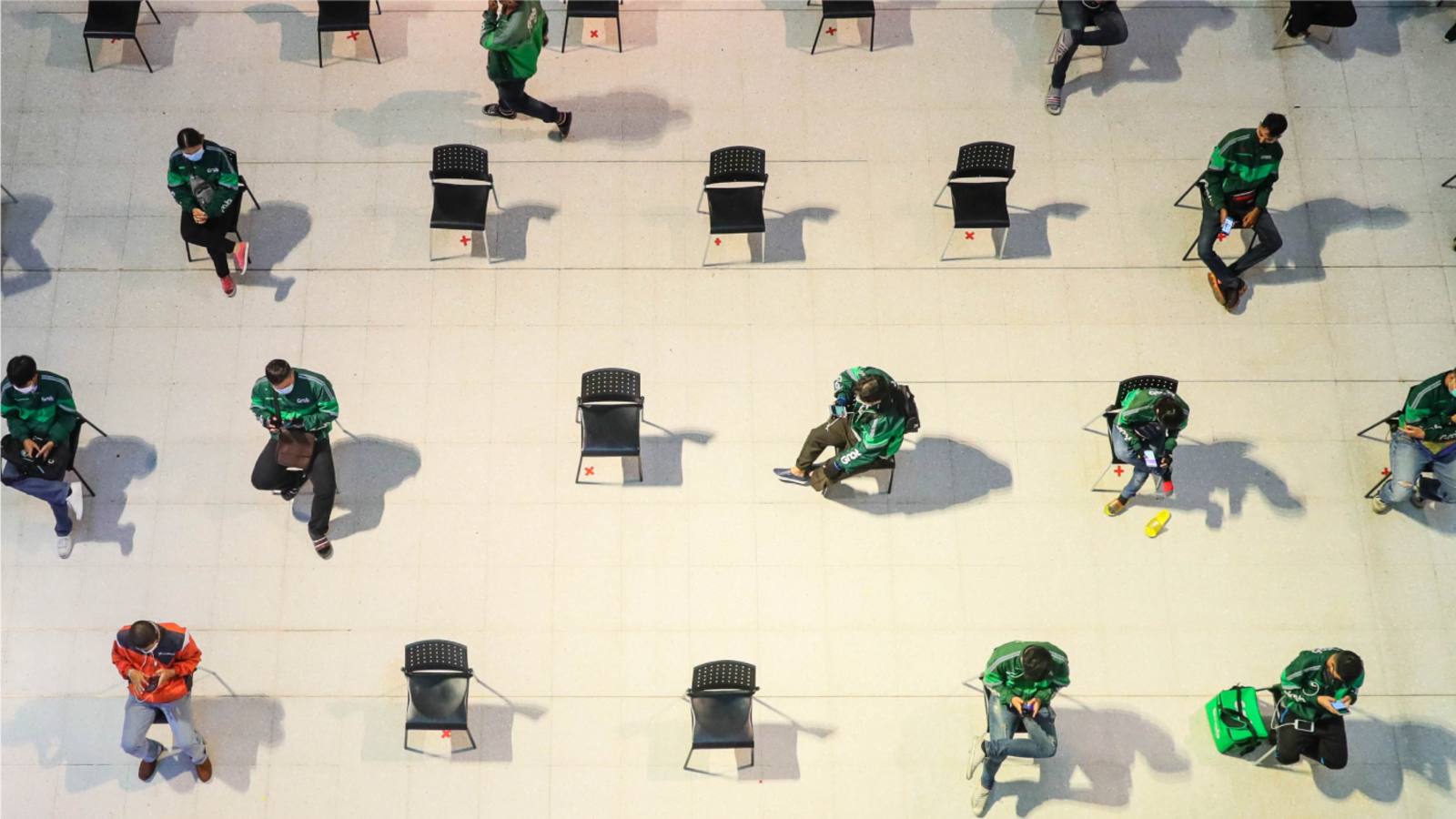 How the coronavirus is reshaping Asia's borders, business and trade

Nevertheless, even if China encounters more resentment, it may still have an edge as Southeast Asian countries look for surefire ways to spark their own economic comebacks once the virus subsides.

These nations are also facing the slowest growth in decades, and it may be hard to resist new Chinese loans and investments.

Added to this, money from the EU, Japan and the U.S. is likely to dry up in the coming months as their governments deal with the costs of the pandemic.

The EU accounted for 14.2% of foreign direct investment in the Association of Southeast Asian Nations bloc in 2018, according to the latest data from the ASEAN Secretariat, while Japan supplied 13.7%. China and Hong Kong made up 6.6% each, with the U.S. trailing at 5%. But the crisis, ultimately, could make Southeast Asia even more dependent on Chinese money.

"As the pre-coronavirus world of safe assumptions crumbles into dust," said the University of Economics' Garlick, "there is an opportunity for China to demonstrate that it can build a new world order on the ashes of the old one -- at least in theory."