By Fang Zuwang and Lu Yutong 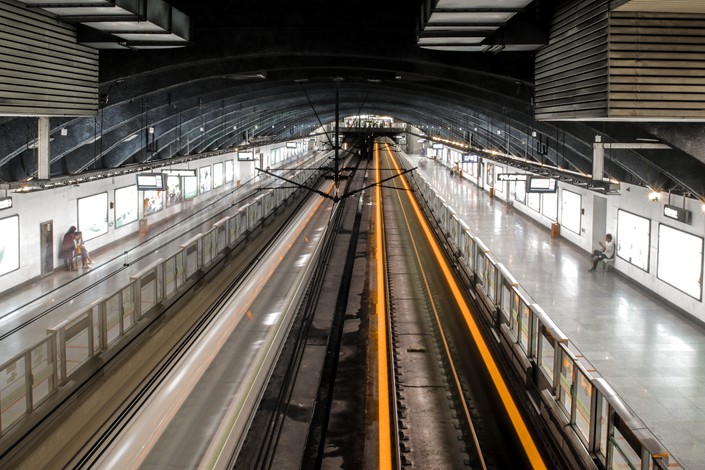 The subway operator in the southern metropolis of Guangzhou will export its expertise through a new tie-up in Pakistan, in line with China’s “Belt and Road” initiative that encourages Chinese infrastructure firms to share such expertise with other developing countries.

Guangzhou Metro on Tuesday announced the signing of an eight-year contract for the operation and maintenance of the orange metro line in Pakistan’s second largest city, Lahore. It marks the first such subway operation project between the pair under “Belt and Road,” according to a document reviewed by Caixin. The value of the tie-up was not disclosed.

Construction of the line was done by another Chinese consortium including China State Railway Group Co. Ltd. and China North Industries Corp. They built the line between 2015 and 2019, which includes 26 stations and allows trains to travel at a top speed of 80 kilometers (50 miles) per hour. Total investment in the line was about $1.6 billion.

The 25.58 kilometer line is expected to start commercial operation in early June. Guangzhou Metro will be joined by the international technology arm of China North Industries Corp. and a bus service company in operating the line, the document showed. Daily traffic is expected to reach around 250,000 trips after operations scale up, a Guangzhou Metro spokesman told Caixin.

The project fits with the Chinese rail industry’s broader strategy of internationalization and efforts to move “up the value chain” from simply building lines overseas to also running them, said Bede Payne, an independent Chinese rail analyst.

Shenzhen Metro Group, based in Guangzhou’s neighbor Shenzhen, has embarked on its own overseas operations business since 2014, and now has projects in Israel, Ethiopia and Vietnam.

“Railway operations, maintenance and complex contract management are the next strategic steps for Chinese companies as they mix their domestic experience with learnings taken from partnerships across the world,” Payne said. “These projects show that Chinese companies are starting to compete on the project whole-of-life, not just construction and manufacturing.”

He added that globally it was still uncommon to see Chinese operators leading on such projects. Such deals show the “growing capability of Chinese rail companies” and represent “a commercial threat to the rest of the established railway industry,” he said.