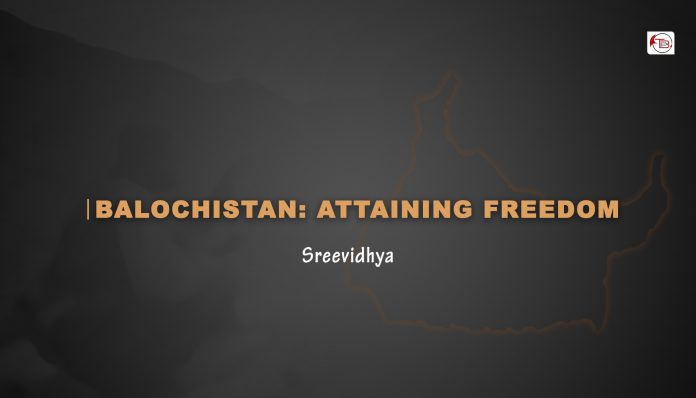 “What is this Truth to which we seem to be awakened in the human consciousness? Can I become independent is the question?” Sarvam paravasam

Durham, dependence is death. Everything has failed, everything is hopeless, and the world is not going to help us. Nobody can give it to you and nobody can take it from you. A sword can cut your head but it cannot cut your freedom, your being.

The story of mighty Baloch fighters put you in grieves. Life, liberty, and the pursuit of happiness shall become a pleasant fact for Balochs. The land of hospitality and brave people, popularly known as Balochistan comprises of around 45 percent of Pakistan’s landmass. It can be divided into two parts: the northern districts that are almost entirely populated by the Pashtuns; and the central and southern districts (including the entire coastal belt) that are almost entirely Baloch.

The total number of Baluch is estimated at between fifteen and twenty million. The distinct Balochi language is the structure of their social and political relations. A power vacuum is emerging due to continuous bloodshed of all. As a result, the geography of resistance has changed.

In spite of the natural resources in Balochistan including chromite, fluorite, marble, gold, gas, iron and petroleum which are of prominent importance, it has remained one of the poorest provinces in Pakistan.

What went faulty, unsound, and fallacious with an independent land? The veracity has a yarn narrative. The adamantine Baloch history of conflicts dates back to 1666. Later, in the 20th century, the educated Baloch middle class harbored hopes of an independent Balochistan free of the British. The forced accession to Pakistan after the division of United India (August 1947) has been questioned which is unfinished agenda of partition.

The Baloch fought in 1948, 1958, 1962 and 1974 against Pakistan. The saga of killing thousands of Baloch and forcibly disappearing more than 20,000, and dumping decomposed, tortured and bullet-ridden dead bodies of thousands of Baloch political prisoners has not changed to date. Law and order in the province continue to deteriorate at an especially alarming pace. The Pakistani security establishment destroyed Baloch social structures, a way to deny its dimension and existence.

The conspiracy of silence within the media, coupled with the unwritten censorship imposed by the Pakistani authorities, has plunged Balochistan into an area of darkness. Pakistan has engaged India and Balochistan in hybrid wars and committed grave human rights violations but human rights organizations are silent.

Internationally, the Baloch struggle hasn’t received much traction. The Baloch diaspora is small and is not very prosperous or politically connected to assist the liberation struggle in Balochistan. All those who value freedom and equality shall endorse it.

The Baloch are the natural allies and friends of India because both are facing the same enemy. India has strategic and moral reasons to support the Baloch freedom struggle. The secular cultural fabric of Baloch is treated as a laboratory animal injected with extremist Islamic dose.
The muhurta has set foot on for disintegration of Pakistan, to declare diplomatic support at the international stage, to protect the ancient civilization of Balochs from dropping in ravines from helicopters.

I am serene that Yato Dharmastato Jaya. The Baloch generations become the spectator of an independent nation Balochistan.