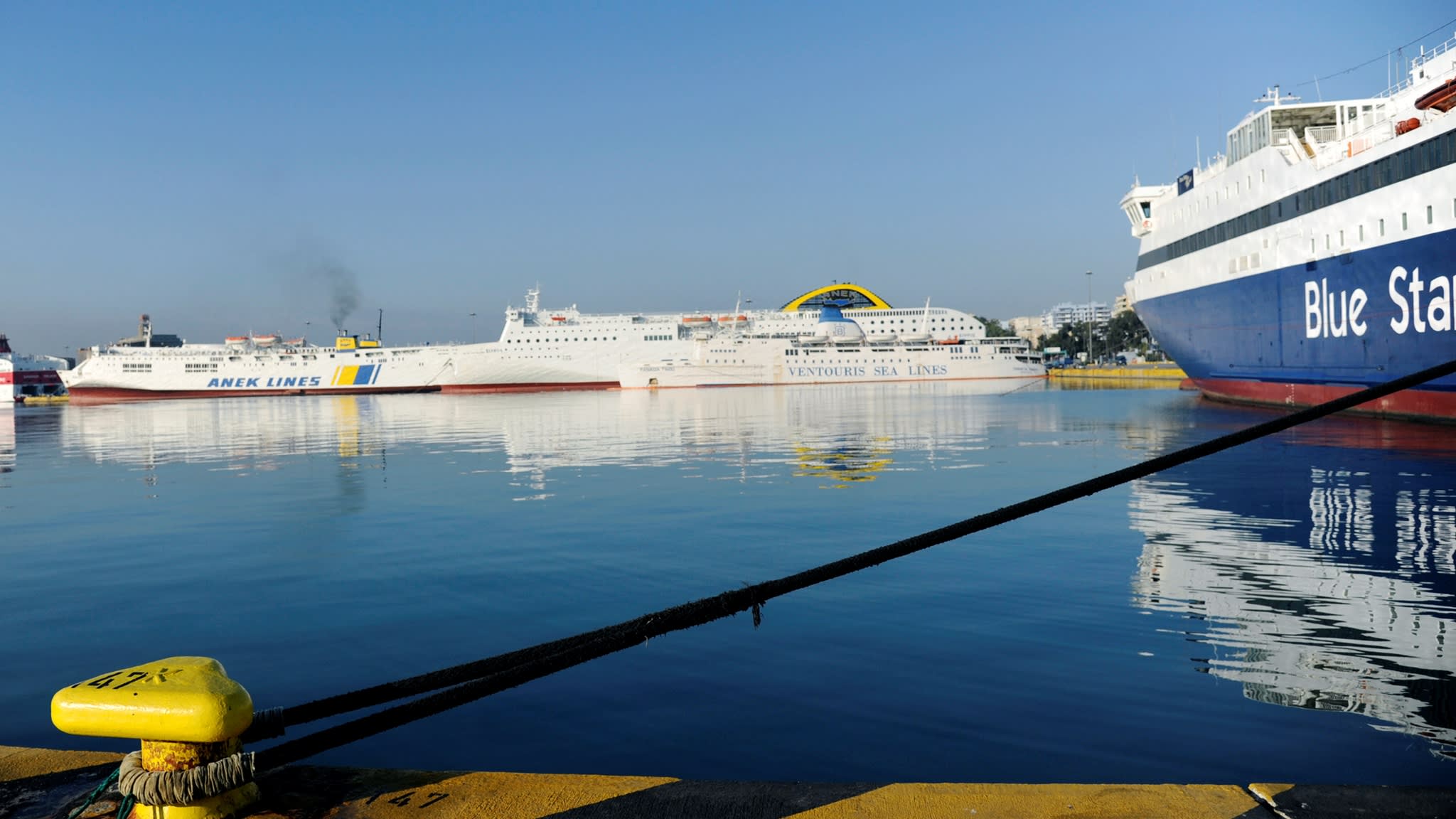 Greece has rejected China's plan to build an additional cargo terminal at Piraeus port amid concerns about growing Beijing influence.   © ReutersDALIAN, China -- Chinese companies have poured nearly $11 billion into overseas ports during the past decade, gaining access to strategic maritime hubs as part of its Belt and Road initiative, an aggressive investment campaign that has raised concerns about Beijing's growing clout across the world.

Chinese enterprises have invested in 25 port projects in 18 countries from 2010 through December, according to public documents reviewed by Nikkei. Though some projects have faced resistance or run into trouble, most ports that have accepted Chinese investments have fared well. The numbers indicate China is making strides on its vast infrastructure project.

The vast majority of the port projects are linked to just two state-owned operators: China Merchants Group and Cosco Group.

The latter scored a coup in 2016 by acquiring a 51% stake in Piraeus, Greece's largest port. This November, Cosco signed a deal with the Greek government for 600 million euros ($665 million) in additional investments.

The freight handled at Piraeus jumped 75% last year compared with 2013, and the plan is to increase cargo volume at the strategic port. Previously, Chinese products would have to be shipped entirely by sea before reaching western and northern Europe.

"Because of infrastructure development at Piraeus, the cargo can be unloaded at the port, placed in freight trains, and delivered to European clients in far shorter time spans," a source said.

While Cosco has nine projects under its belt, China Merchants takes the crown with stakes in 11 ports. Last month, China Merchants said it will spend $955 million acquiring 10 terminals in Asia, Europe and elsewhere. 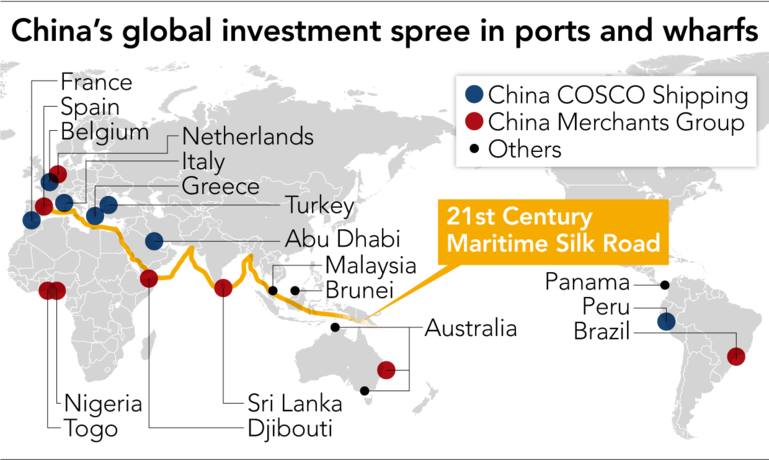 The ports receiving cash from Cosco and China Merchants have boosted productivity. Cargo processing data are publicly available for 18 port projects. Among those, 15 increased cargo volume in 2018 from a year earlier -- including 10 in double digits. Volume decreased in only two cases.

Cosco, short for China Cosco Shipping Corporation Limited., formed from a merger in 2016 of the two leading state-owned marine shippers. The company is now the third biggest player in the world in terms of container volume.

Approximately 55 terminals around the globe are beneficiaries of Cosco's investment. Sales at the company last year grew about 20% to 280.8 billion yuan ($40.1 billion). Cosco Shipping Holdings Co., listed in Hong Kong, is a major subsidiary.

China Merchants, established in 1872, is a conglomerate participating in 56 port operations in about 20 countries. Much of that activity is tied to the listed subsidiary China Merchants Port Group. The parent China Merchants took in 649.9 billion yuan in sales last year, up by about 11%.

Both companies have deep ties to China's government. Cosco Chairman Xu Lirong is a member of the National People's Congress, and China Merchants Chairman Li Jianhong is in the Chinese People's Political Consultative Conference, the country's leading political advisory body.

Deep pockets underpinned by government support give the two companies an edge.

"We plan to step up our acquisitions," Xu said.

Yet their existing projects are not without problems.

After China Merchants bought into the port of Djibouti in East Africa in 2013, it butted heads with Dubai-based port operator DP World, which owned 33% at the time and signed a 30-year concession agreement back in 2004. DP World sued China Merchants in 2018 for allegedly infringing on the deal in a case that is still in dispute.

And while the Piraeus project may seem to be going smoothly, it has hit some turbulence. Local authorities rejected an investment proposal this past February by Cosco that entailed building a mall near the port, amid concern that it would siphon business from existing commercial facilities. A proposal for a new container terminal was rejected in October.

Athens agreed last month to the additional 600 million euro investment by Cosco, owing partly to the country's own strained finances. But whether other plans will go ahead remains to be seen.

Launched in 2013, the Belt and Road initiative is Beijing's vision to link Asia with Europe and Africa through major infrastructure projects. While some see the program as an ambitious step forward for free trade, others have criticized it as a debt trap for developing countries that sign on to projects.

The U.S. has long been wary of China's port investments, seeing potential for those facilities to be put to military use. Media reports revealed in 2014 that a Chinese warship had docked at the Sri Lankan port of Colombo, where China Merchants signed a $500 million investment deal in 2011.

China controls the operation of only a "limited" number of ports, said Sueo Kojima, a researcher at the Tokyo-based Institute for International Trade and Investment, noting that Chinese companies hold only minority stakes in some cases.

"As concern grows about 'debt traps,' the focus going forward will be on whether China can expand its investment further," Kojima said.