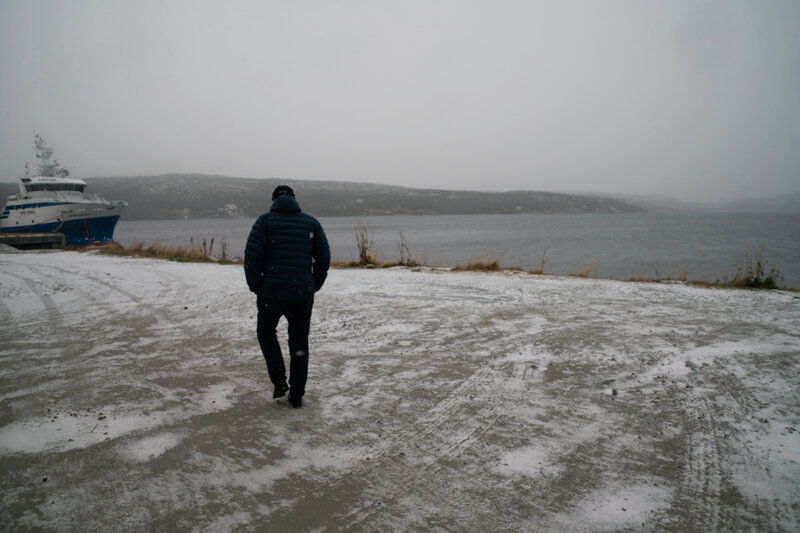 Rune Rafaelsen walks toward the harbor of Kirkenes, Norway. Rafaelsen is the mayor of a municipality including this town of about 3,500 people in the far northeastern corner of Norway, close to the Russian border.

Looking out across a foggy harbor toward a peninsula jutting off the Norwegian coast, Rune Rafaelsen has a bold plan that could raise the profile of his remote Arctic town — with a little help, he hopes, from China.

He is the mayor of Sor-Varanger, a municipality in the far northeast corner of Norway, close to the Russian border. His office is in the small town Kirkenes — population a little over 3,500 — which overlooks the icy gray Barents Sea.

Rafaelsen loves the view: "It's a very nice view, especially in the summer when you have the midnight sun is not going down in the horizon. You can see the sun all 24 hours." 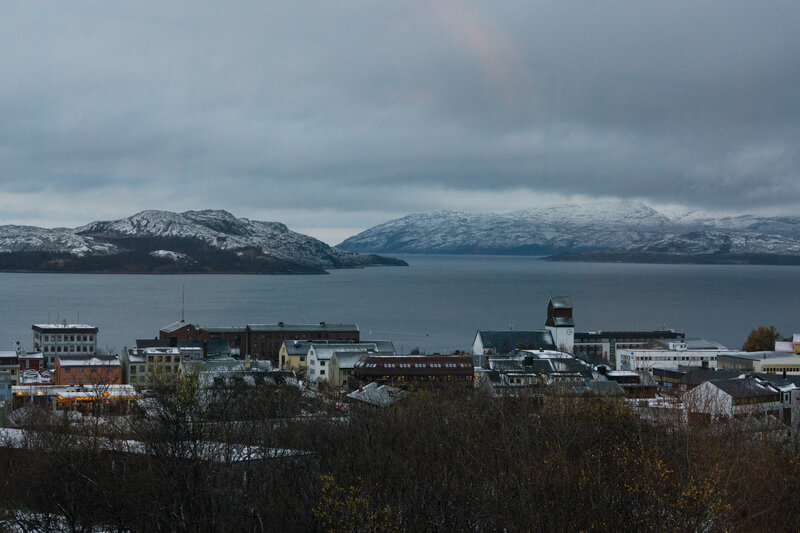 Kirkenes is known for its views of the Northern Lights.

But he thinks there's more than that on the horizon.

The Arctic is warming faster than anywhere on the planet. While the melting sea ice has alarmed scientists and residents, newly accessible waterways mean commercial ships are increasingly plowing along polar lanes. 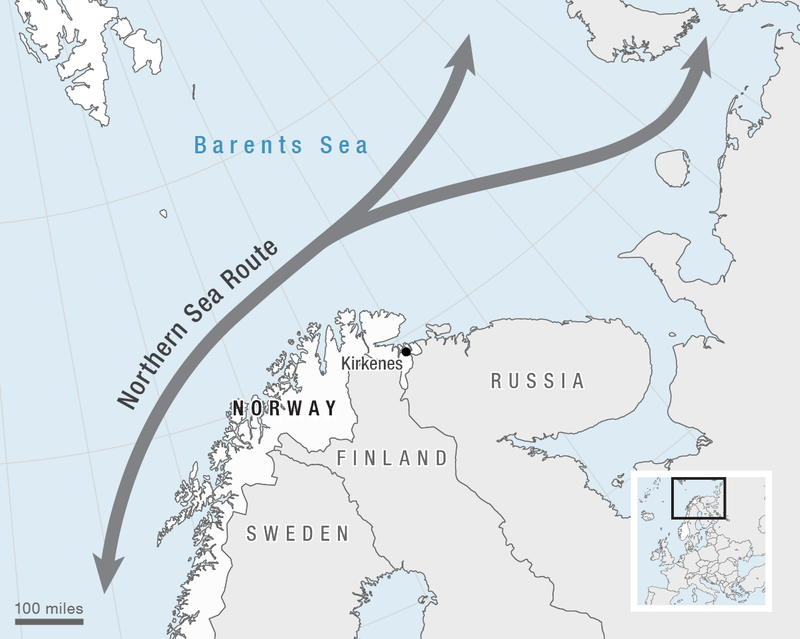 The Northern Sea Route is approximate.

"Now you can go from Asia to Europe through the Northern Sea Route. And the ice is decreasing. And so Kirkenes is the first western harbor you meet when you start from Shanghai and go along the Russian sub-Siberian coast," says Rafaelsen.

To leverage this, Rafaelsen wants to turn his tiny town into a major logistical hub, including a massive port and train line to Finland. He is courting Chinese investors to help carry out the projects.

That could place NATO ally Norway on the map of China's "Polar Silk Road" plan for ships voyaging across the Arctic — if Rafaelsen's port and rail dream ever comes true.

Residents and officials have questioned the commercial and environmental viability of the mayor's big idea, as well as raising concerns about his overtures to China. Yet some Norwegian businesses say they're on board. 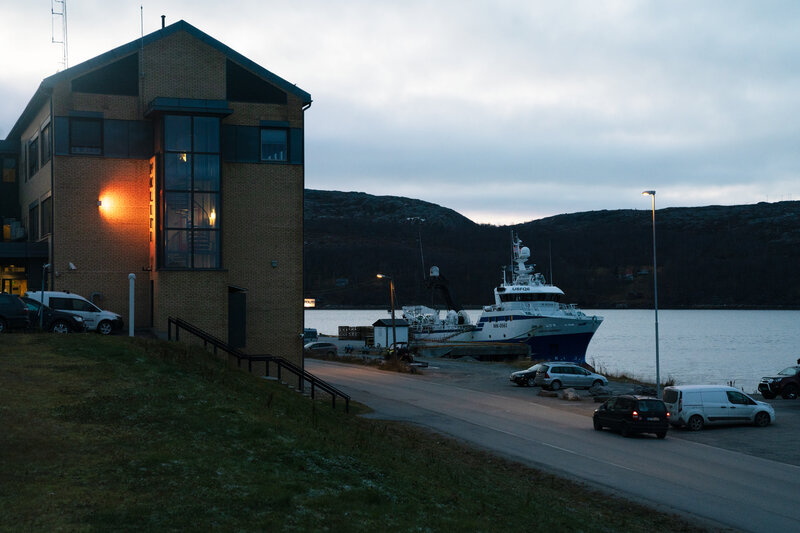 Kirkenes Harbor is currently quiet, but the mayor hopes to build it into a logistical hub 250 miles north of the Arctic Circle.

Kirkenes' economy has traditionally relied on fishing and iron-ore mining, and it has become a tourist destination. Travelers can jump on the Hurtigruten, a popular coastal cruiser that meanders through fjords down to Norway's southern city of Bergen.

Rafaelsen says a logistical hub would provide a huge boost for Kirkenes' economy.

He envisions building a massive new container terminal and a 300-mile railway to the city of Rovaniemi in neighboring Finland, which would key to moving cargo into Western Europe.

His aspirations may sound wildly high: "Our plan is that you should [have] 10 trains from Kirkenes every day ... and we should handle about 1 million containers [per year]," he says. 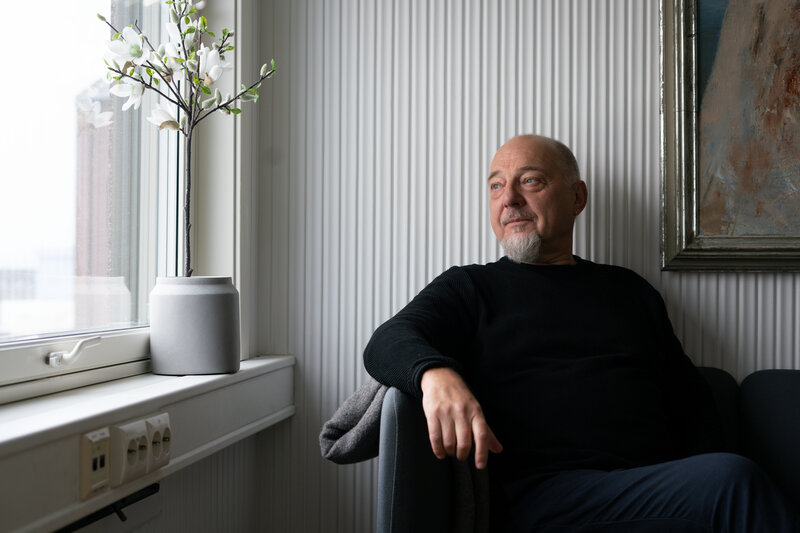 Rune Rafaelsen sits in his office in Kirkenes. The mayor was born and bred in the small town.

The municipality has given a green light for a new, bigger harbor, but it doesn't have the money to build it. (The price tag is unclear.) The Norwegian government drew up a concept study for a mega-port for the area. That idea is on hold amid doubts that there would be enough cargo to warrant the cost.

An Arctic railway, meanwhile, would need buy-in from the Norwegian and Finnish governments. A binational working group study concluded in late 2018 that the project, estimated to cost more than $3 billion, will not be "financially feasible."

There has also been pushback from the Sami, an indigenous people who herd reindeer across northern Finland. A rail line could harm their livelihoods and culture, Sami leaders and the working group said. 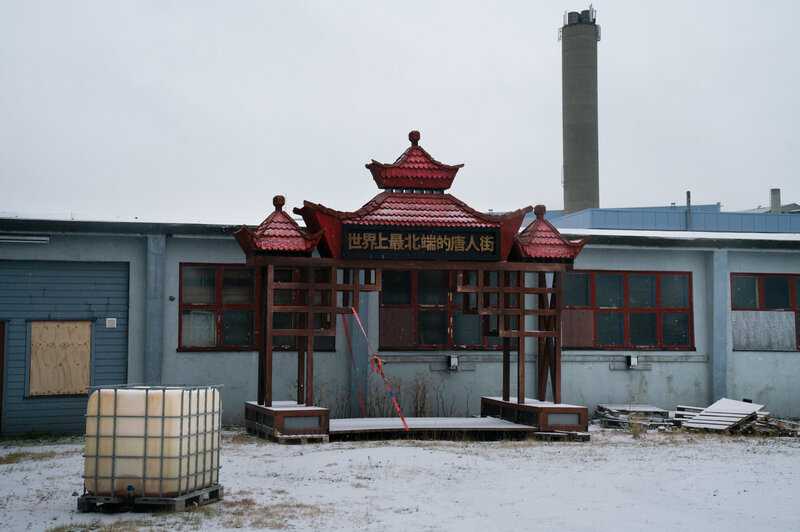 A gate used for the town's annual winter festival, called "Kirkenes, the world's northernmost Chinatown," sits in an open lot.

The lack of interest and financing have done little to dampen Rafaelsen's enthusiasm. Born and bred in Kirkenes, the mayor — a member of Norway's Labor Party — is a die-hard booster of his town, and he has been looking elsewhere for investors.

"I have promoted it a lot in China, and the Chinese [have] been here to look at the possibility," he says. "They are interested to see if this is possible." 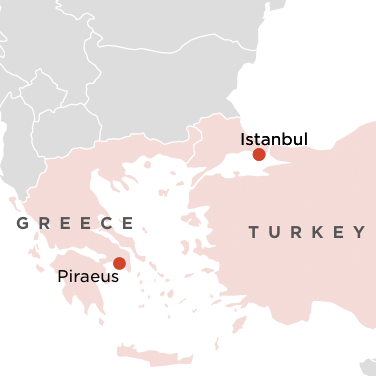 About a year ago, the Chinese government launched an Arctic white paper, considered its first formal articulation of policies for the region. It emphasized the region's strategic economic importance — calling China a "Near-Arctic State" — and elaborated on a plan to include a "Polar Silk Road" in its broad Belt and Road Initiative to build trade links across several continents. 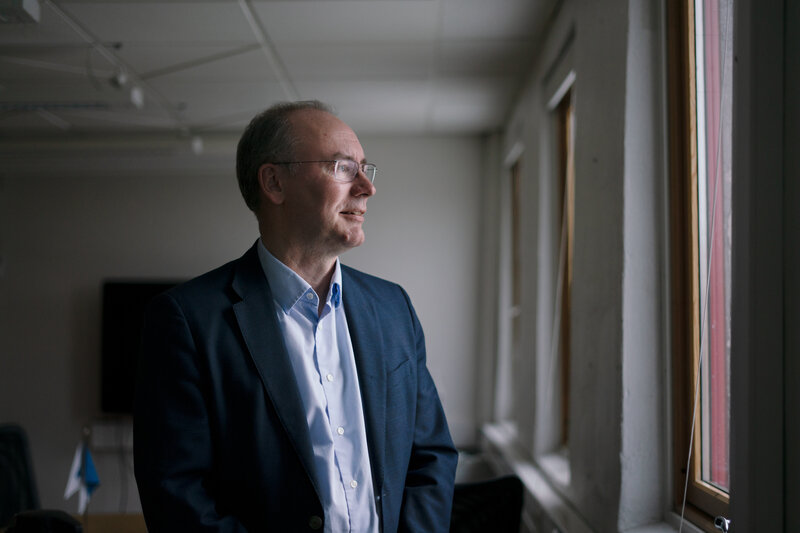 Kjell Stokvik, managing director for the Center for High North Logistics, a Tschudi subsidiary, says developing a major hub could help increase employment in an isolated area with a dwindling population.

China is "starting to open to the possibility of expanded shipping throughout the Arctic," says Marc Lanteigne, who teaches political science at Norway's University of Tromso. "It really shows that China wants to be taken seriously as an Arctic player."

NPR has contacted the Chinese Embassy in the U.S. about its Arctic strategies but it did not immediately provide comment for this special series. 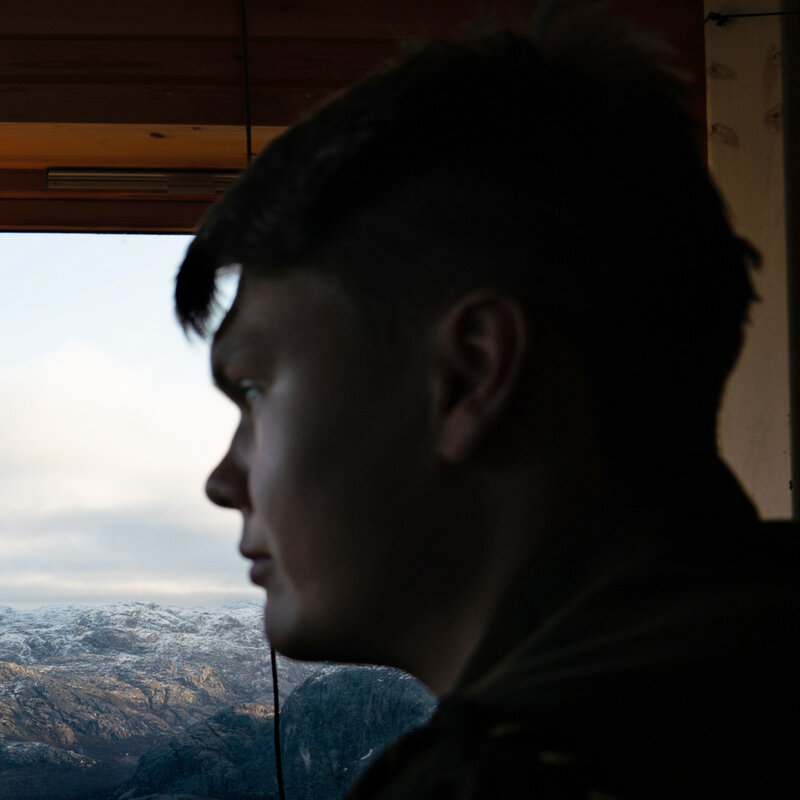 THE PULL OF THE ARCTIC

But a Norwegian news website, the Independent Barents Observer, in June 2019 cited an executive at China Ocean Shipping Co. who sounded optimistic about Kirkenes. "If there would be a railway between Rovaniemi and Kirkenes, then Kirkenes would be a gateway for those products from Finland and to somewhere far east," Chen Feng, COSCO's general director of marketing and sales, told the website. 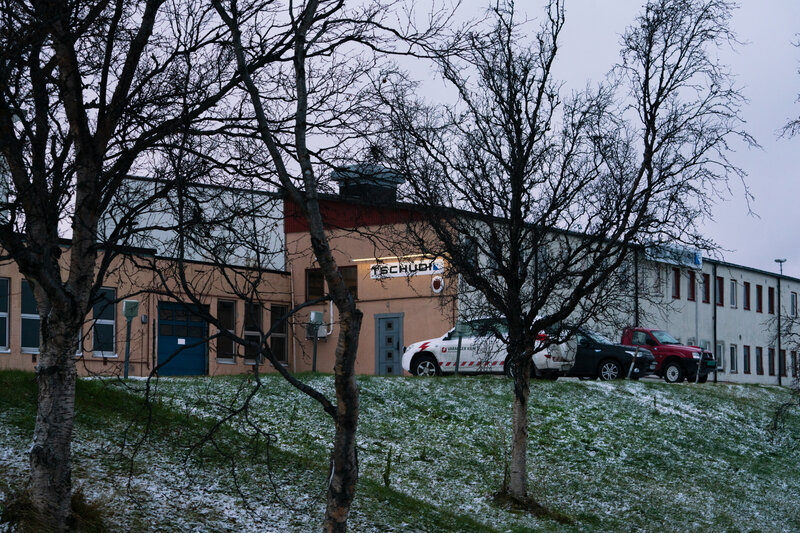 Rafaelsen has visited China several times to meet with government officials and business people, hoping to build interest in a Norwegian logistical hub. His municipality signed a friendship agreement with the city of Harbin, in northern China.

In February 2019, the Norwegian town's annual winter festival was themed "The World's Northernmost Chinatown." Kirkenes was festooned with red lanterns and the Chinese ambassador to Norway paid a visit. 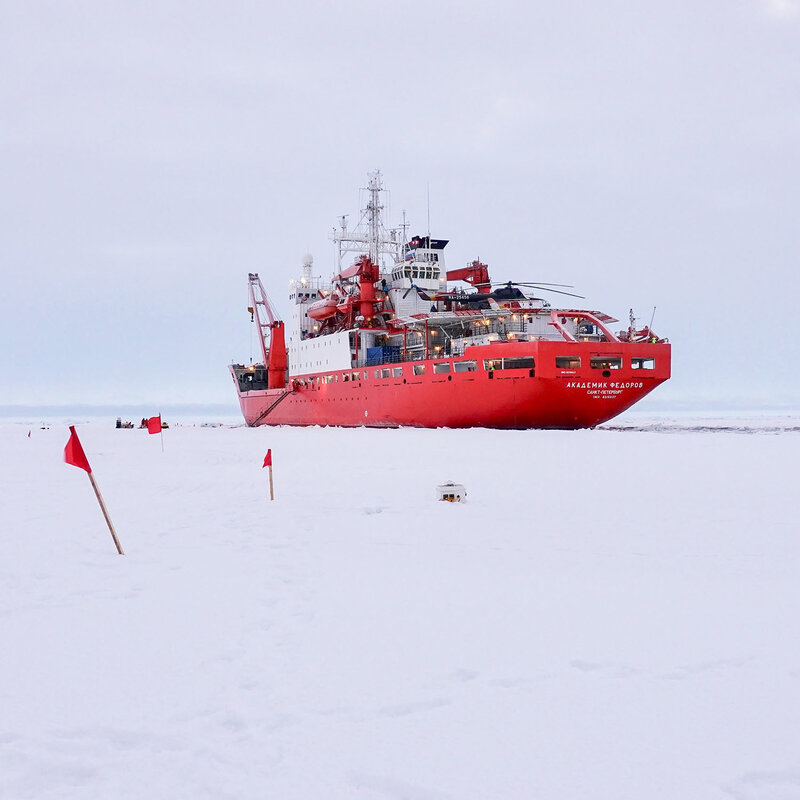 But Rafaelsen says not everyone in town was happy with the festival's theme.

"People get angry. Now they think Kirkenes should not be Chinese at all. But it's engaged people. That's the best," he says.

Rafaelsen's infrastructure plan has backing from some businesses in the area. Kjell Stokvik, managing director for the Center for High North Logistics, a local subsidiary of Norway's Tschudi Shipping Co., says developing a major hub could help increase employment in an isolated area with a dwindling population. 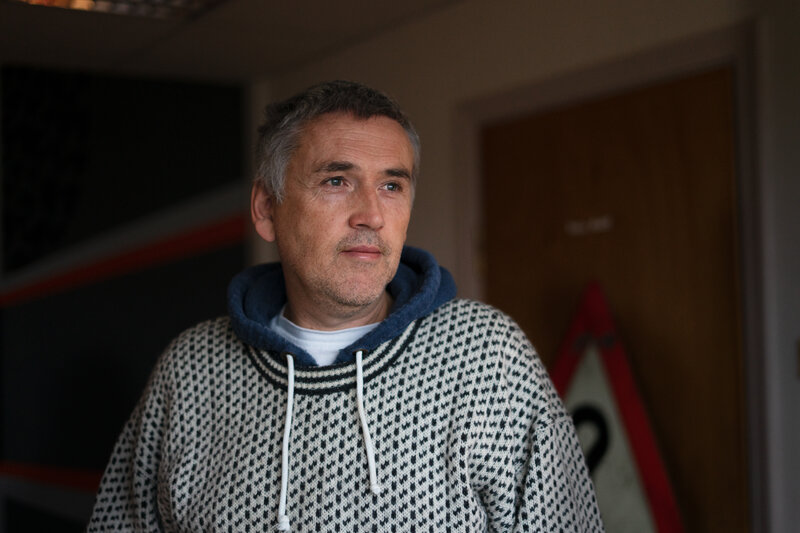 "The issue here is population, especially in the eastern part of northern Norway," Stokvik says. "We need jobs — we need the youth to stay, not going away."

Experts also see infrastructural needs in the area. The polar region has few ports, roads and railway links, according to Adam Lajeunesse, a researcher who focuses on Arctic marine security and teaches at St. Francis Xavier University in Nova Scotia, Canada.

"Western Arctic countries have had a lot of trouble for generations now funding northern development," he says. "And so many people [in the Arctic] are looking at China as a potential source of cash, of investment capital." 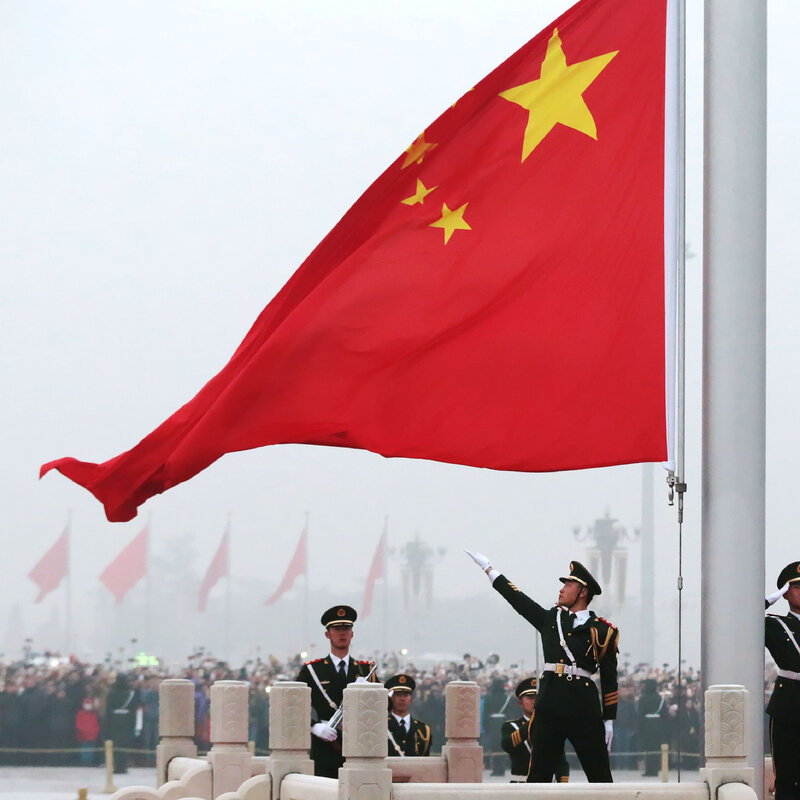 But Thomas Nilsen, a journalist who covers Arctic issues for the Independent Barents Observer, says he doesn't see Kirkenes ever becoming the new Singapore. 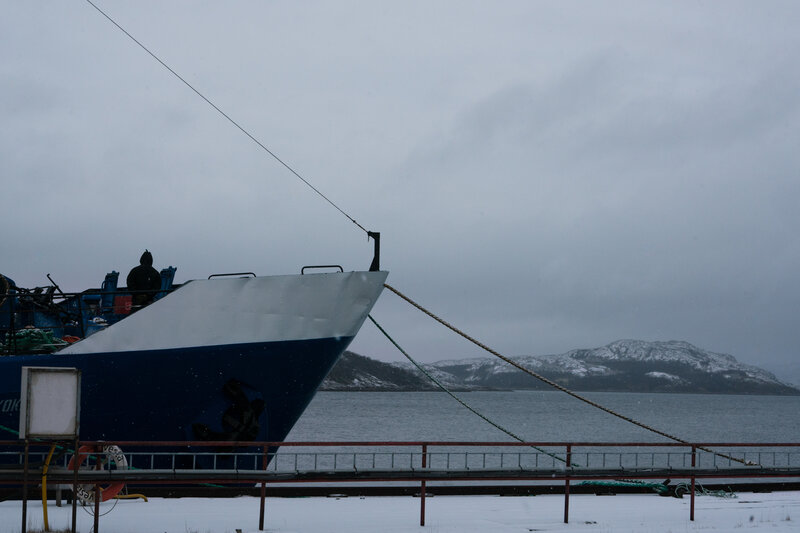 A view of a ship docked in the Kirkenes harbor.

"Norway is one of the biggest shipping nations in the world and not even our shipping companies are looking to Kirkenes trying to invest in the harbor," he tells NPR.

Still, Rafaelsen believes it is only a matter of time before investors will want to help him realize his dream of building a hub for the Arctic.