Great power politics is resurgent in South Asia today. China’s growing military ambition in the region is matched in financial terms by its Belt and Road Initiative, the largest and most advanced component of which is the China-Pakistan Economic Corridor. What remains unclear is how the United States should navigate the new dynamic. This report, which is based on research and consultations with experts worldwide, addresses the question of how the India-Pakistan rivalry will play into the emerging great power competition. 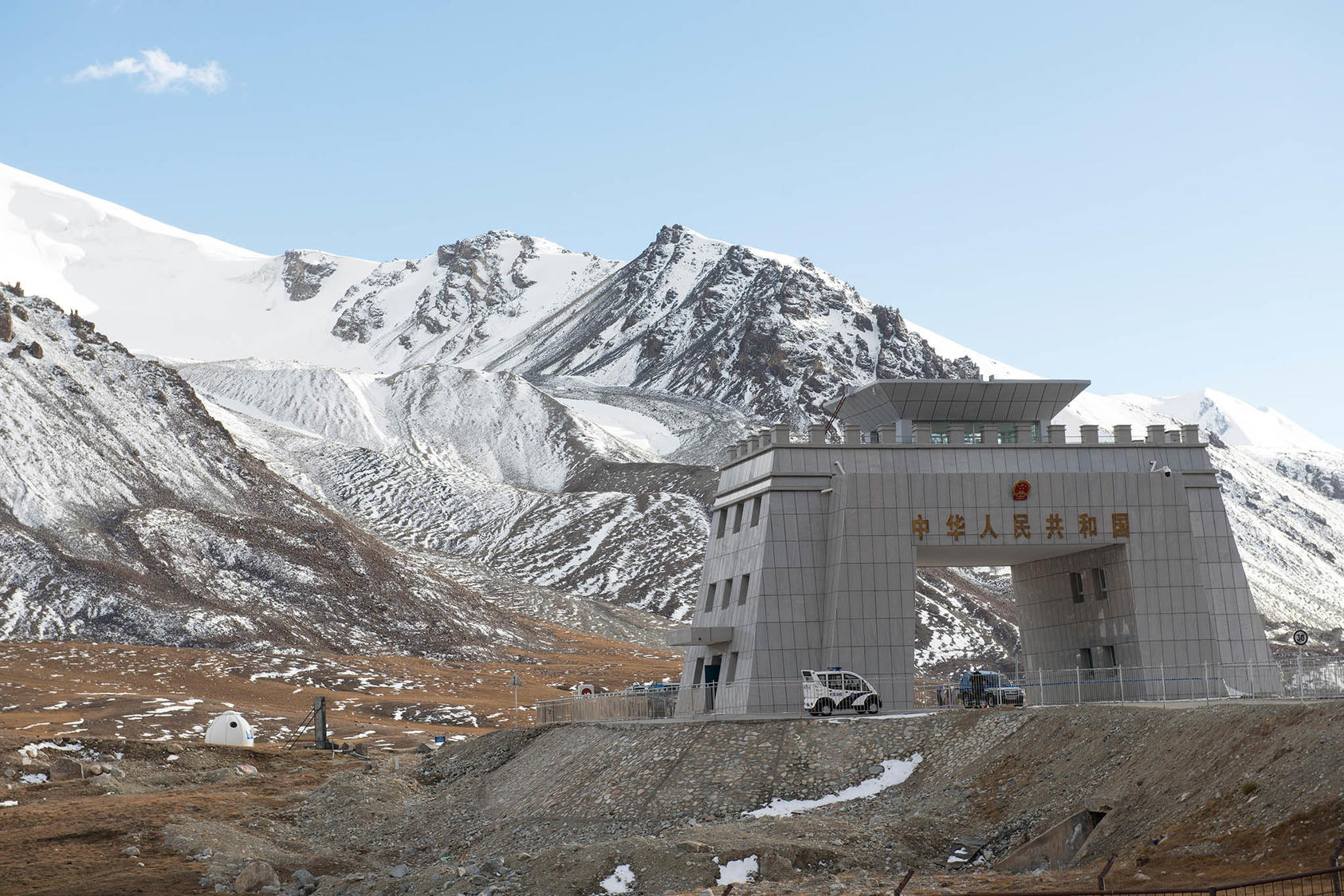 The Karakoram Highway connects Pakistan and China through the Khunjerab Pass, the highest altitude border crossing in the world. (View Stock/Alamy Stock Photo)

China’s changing role in Pakistan offers an opportunity to examine China in a learning mode, in a challenging environment, and as an actor in the decades-long rivalry between Pakistan and India.China’s long-term investments in the China-Pakistan Economic Corridor (CPEC) can be explained in at least three ways: to demonstrate China’s attractiveness as a partner; to prove that China’s development model can be exported; and to use Pakistan as an element of its strategic competition with the United States and India.Pakistan’s hopes for CPEC are mitigated by China’s apparent lack of interest in establishing an overland transit corridor and counterterrorism concerns, which are likely to be a persistent liability in the years ahead.There is a growing potential that China’s surge into Pakistan could increase the threat that Pakistan poses to India, particularly if China expands its military position there and if Pakistan does not curtail its use of militant proxies. The resulting dynamic could prove a further impetus toward deepening the U.S.-India partnership in the face of a common threat from China and Pakistan.The ultimate success of China’s investments will continue to be threatened by political and economic instability in Pakistan and the country’s ongoing support for terrorism.The United States could offer targeted support to help Pakistan determine how best to use Chinese infrastructure to grow its economy, which could contribute to improving and stabilizing Pakistan.

This report examines how China’s financial underwriting of infrastructure projects along the China-Pakistan Economic Corridor is altering the political landscape for the United States, India, China, and Pakistan. Supported by the Asia Center at the U.S. Institute of Peace, this study is based on research and discussions worldwide, and specifically by Asia Center–led consultations with Chinese experts in December 2017 and with Pakistani experts in May 2019.

James Schwemlein is a nonresident scholar in the South Asia Program at the Carnegie Endowment for International Peace, a consultant to the World Bank, and a former U.S. diplomat experienced in South Asia and U.S.-foreign economic policy. From 2011 to 2017, he served as senior advisor to the U.S. special representative for Afghanistan and Pakistan. 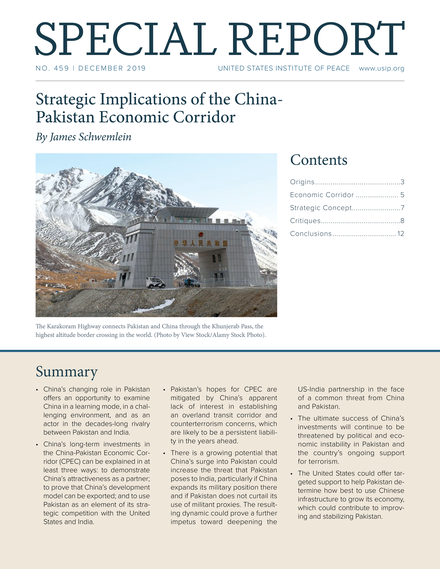