KARACHI: Ministry of commerce has implemented prerequisite transshipment and transit rules for bulk cargoes at Gwadar port, which is to pave way for its full-fledged operation and ease handling... 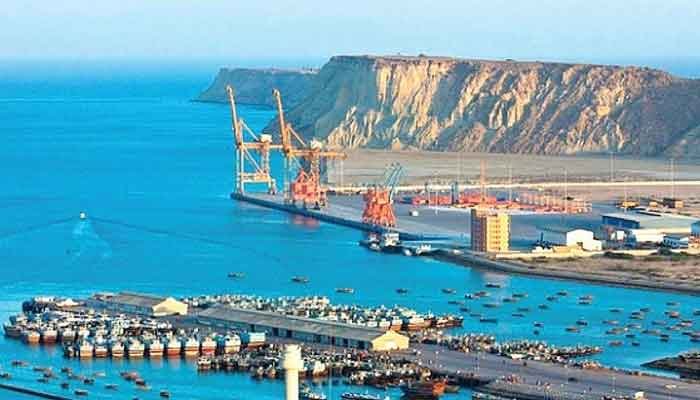 KARACHI: Ministry of commerce has implemented prerequisite transshipment and transit rules for bulk cargoes at Gwadar port, which is to pave way for its full-fledged operation and ease handling burden on two other ports in the country, The News learnt on Thursday.

The ministry of commerce advised all the stakeholders that import and export policy order has been implemented through shipping procedure and instruments to operationalise trade through Gwadar port in Balochistan.

The ministry, in a letter, said the trade related infrastructure in Gwadar port is ready to handle bulk cargoes to and from Afghanistan. The letter was sent earlier this week to Pakistan Ship Agents Association, Pakistan International Freight Forwarders Association, National Logistics Cell and All Pakistan Shipping Association.

“The bulk cargoes imported in Gwadar port for onward transit to Afghanistan will be transported in containers after stuffing/loading the same into containers of international specifications,” the minister said in the letter.

“We have high hopes for Gwadar port, which is set to become the most important port in the region and initiation of bulk cargo handling is a breakthrough for the port as well as the people of the region,” Burney said.

Burney negated the impression that all transit trade would gradually be shifting to Gwadar. When the transit trade rules were prepared back in 2010, Gwadar was included along with Karachi and Port Qasim, he said.

“Gwadar could not be utilised as it was not operational at that time. I believe all the ports would continue to deal with transit cargoes,” he added. “It is important that Gwadar provides proper storage and container handling facilities on competitive rates, otherwise traders would not opt for Gwadar.”

Currently, Pakistan has two main operating international deep sea ports: Karachi Port and Port Qasim. During the coming years, their capacity expansion programs are unlikely to keep pace with the expected growth in demand, resulting in a need for a third port to fill the gap.

In particular, Karachi Port has significant physical limitations and would not be able to grow at the same speed as the growth in cargo demand over the coming decades. These limitations result mainly from its location as it is located in the city, which has seen very rapid growth over the past years.

Possible speed of Port Qasim’s development, albeit having a large physical space for expansion, is hampered by its upstream location, which is more than 40 kilometres from the open sea, resulting in long turnaround times for visiting ships. This is not a problem for cargoes that are linked to industries located near the port, but it carries cost-disadvantages for cargoes that have origins and destinations elsewhere.