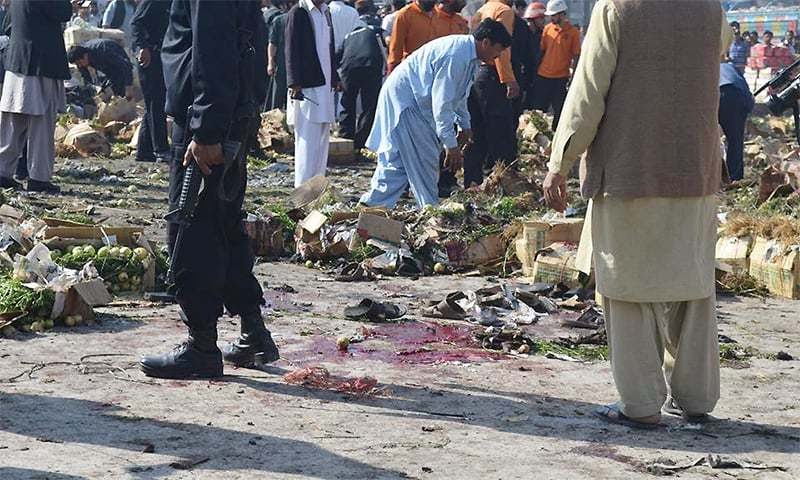 QUETTA: Opposition lawm­akers in the Balochistan Assembly have demanded setting up of a fact-finding committee to probe increasing terrorist attacks in the province.

However, the debate on the adjournment motion of Nasarullah Zerey of the Pakhtunkhwa Milli Awami Party (PkMAP) could not be completed as Speaker Mir Abdul Qudoos Bizenjo adjourned the session because of the lack of quorum.

The quorum was pointed out by Minister for Public Health Engineering Noor Mohammad Dummor when Syed Fazal Agha of the Jamiat Ulema-i-Islam-Fazl was speaking on the motion.

During the last session of the Balochistan Assembly, the speaker had fixed Oct 12 for general debate on the motion.

Treasury members urged to ensure quorum is present in assembly

Members of the opposition and the speaker expressed reservation over breaking of quorum by the treasury benches and noted that the home minister was not in the house when the adjournment motion was being discussed.

Mover of the motion Nasarullah Zerey expressed serious concern over the deteriorating law and order situation in the province and said that during the past 10 months more than a dozen terrorist attacks and bomb blasts took place in Quetta, Loralai, Chaman, Qila Saifullah and other towns and cities of the province.

He said the government had allocated over Rs40 billion for law and order but the situation was not satisfactory.

He said a contractor was kidnapped and killed in Harnai. He said the government did not arrange in-camera briefing over terrorist activities as promised.

“The real culprits behind these terrorist activities and crimes in Balochistan should be exposed,” Mr Zerey said, adding that it had become essential to implement the National Action Plan against terrorism in Balochistan.

He said the government had registered over 250 cases in one year against workers of different political parties. “Three cases have also been registered against me,” he said.

Speaking on the motion, Minister Noor Mohammad Dummar said that terrorist attacks, bomb blasts and other such incidents were regrettable. However, he said, the law and order situation had improved during the past one year with joint efforts of security forces.

“Those who speak against security institutions of the country are equally liable to be punished along with those who morally and financially support and provide assistance to the terrorists,” Mr Dummar remarked.

Speaking on the motion, Syed Fazal Agha said Pakistan was facing a conspiracy hatched by anti-Islam forces. He expressed dissatisfaction over the law and order situation.

The bill regarding housing and urban planning was forwarded to the house com­mittee concerned.