How ‘Bard of Blood’ brought Balochistan to India: ‘Created a madrasa in two days flat’ 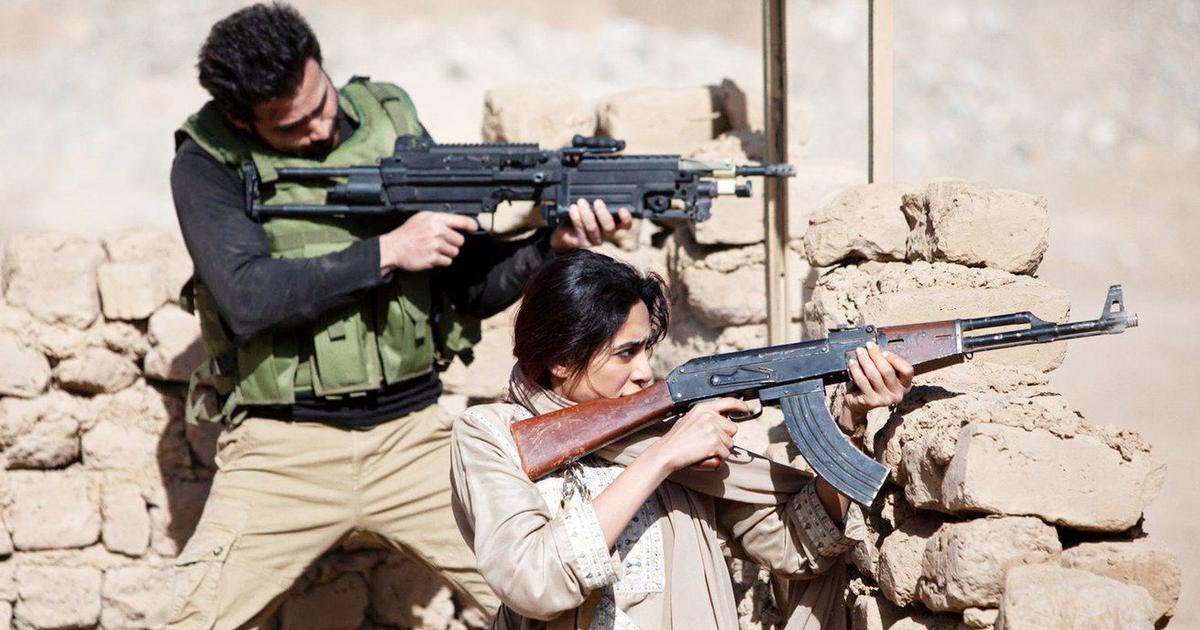 Emraan Hashmi and Sobhita Dhulipala in Bard of Blood (2019) | Netflix

The latest Indian Netflix series Bard of Blood follows Indian intelligence agent Kabir (Emraan Hashmi), who goes deep inside Pakistan to rescue Indian spies captured by the Taliban. The bulk of the adaptation of Bilal Siddiqi’s novel is set in Pakistan, particularly the Balochistan region.

Following the tradition of American series and films such as Body of Lies (2008) and Zero Dark Thirty (2012), a lot of the plot unfolds in locations that are strongholds of Islamic militants. “The references were plenty,” production designer Sunil Nigvekar said. “For instance, videos of camps of Baloch freedom fighters are readily available online.”

Nigvekar is, by his own admission, a specialist in films “that are of a gritty nature”. He got his big break as an art director for Road (2002), produced by Ram Gopal Varma. Nigvekar worked with Varma on a number of productions, including Sarkar (2005). Nigvekar’s other credits include Shootout at Lokhandwala (2007), A Wednesday (2008) and Tere Bin Laden (2010). In a conversation, 54-year-old Nigvekar took Scroll.in through the process of recreating Pakistan and terrorist outposts on Indian soil.

“We knew we wouldn’t get to shoot in Pakistan, of course. Years ago, I worked on Tere Bin Laden. The shoot in Pakistan had been sanctioned, but when we got down at the airport, we got to know that we weren’t allowed to shoot anymore. So, Pakistan had to be created in Mumbai. But I did a 10-12 day recce before the shoot at that time in Karachi and adjoining areas, which came in handy for Bard of Blood. 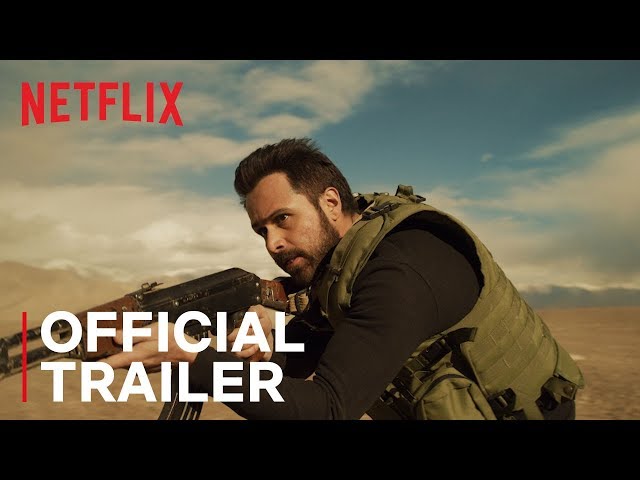 A majority of the set work happened in Mumbai. We did not have any big set. Most of the 34 sets of Bard of Blood were created for interior shots. The structure where Kabir and Tanveer Shehzad’s men have their first shootout in the flashback portion is a set, done with plaster of paris. The entire interior part of the madrasa which Mulla Khalid has made his base, as well as wherever Tanveer Shehzad is, are sets in Mumbai. The madrasa was created in two days flat, by the way. We matched the interior shots with the exterior locations in Leh, Ladakh and Rajasthan. 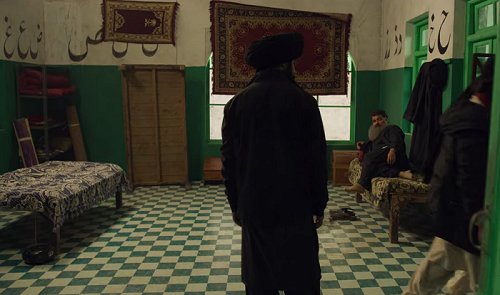 This reminds me of Shootout At Lokhandwala, one of my first films as a production designer. In the entire climax, the building where the gangsters are holed up, plus the walls surrounding it, were all sets. The interior shots of the gangsters shooting at the cops were done elsewhere. Then the two were matched.

For the local scenes in Balochistan, I took references from the material I gathered during Tere Bin Laden. We had photos of shops, how the houses in Pakistan look from the inside, their furniture, all of that. I joined the project only 15 days before the shoot, so we were rushing to meet our deadlines. We sent out people everywhere to bring us props – the right carpets, upholstery, utensils. Some of these are only available in Pakistan, such as the big thaal which people eat from as a group sitting in a circle.

The bakery where Kabir goes to get kidnapped by the Baloch nationalists was a set. So was the bathroom where he fights in the beginning. Of course, you can fight in a real bathroom too, but who will allow glass to be broken and their walls to be damaged?

Doing the pipeline explosion scene was interesting. This was shot in Sambhar, Rajasthan. The location was near salt pans, so already there were storage facilities that could be passed off as pipeline-related infrastructure. In the middle there was a broken bridge, which had been constructed to carry salt. We used that to create a 40, 45 feet long pipeline. The extensions to the pipeline were done by VFX.

The most challenging part of the shoot was at a place near Khardungla Pass in Leh, which was 6,000 metres above sea level. This is where Kabir, Veer and Isha get engaged in the shootout at the first checkpoint. Most of the last two episodes, where Kabir chases Mulla, the shootouts, the explosions, were shot here. There was just a single road to reach that place, and we were a crew of 500. The weather was constantly windy and cloudy. Dust was flying all the time and getting into the actors’ eyes. On day one, the temperature was minus one centigrade. On the last day of shoot, it was minus 16. 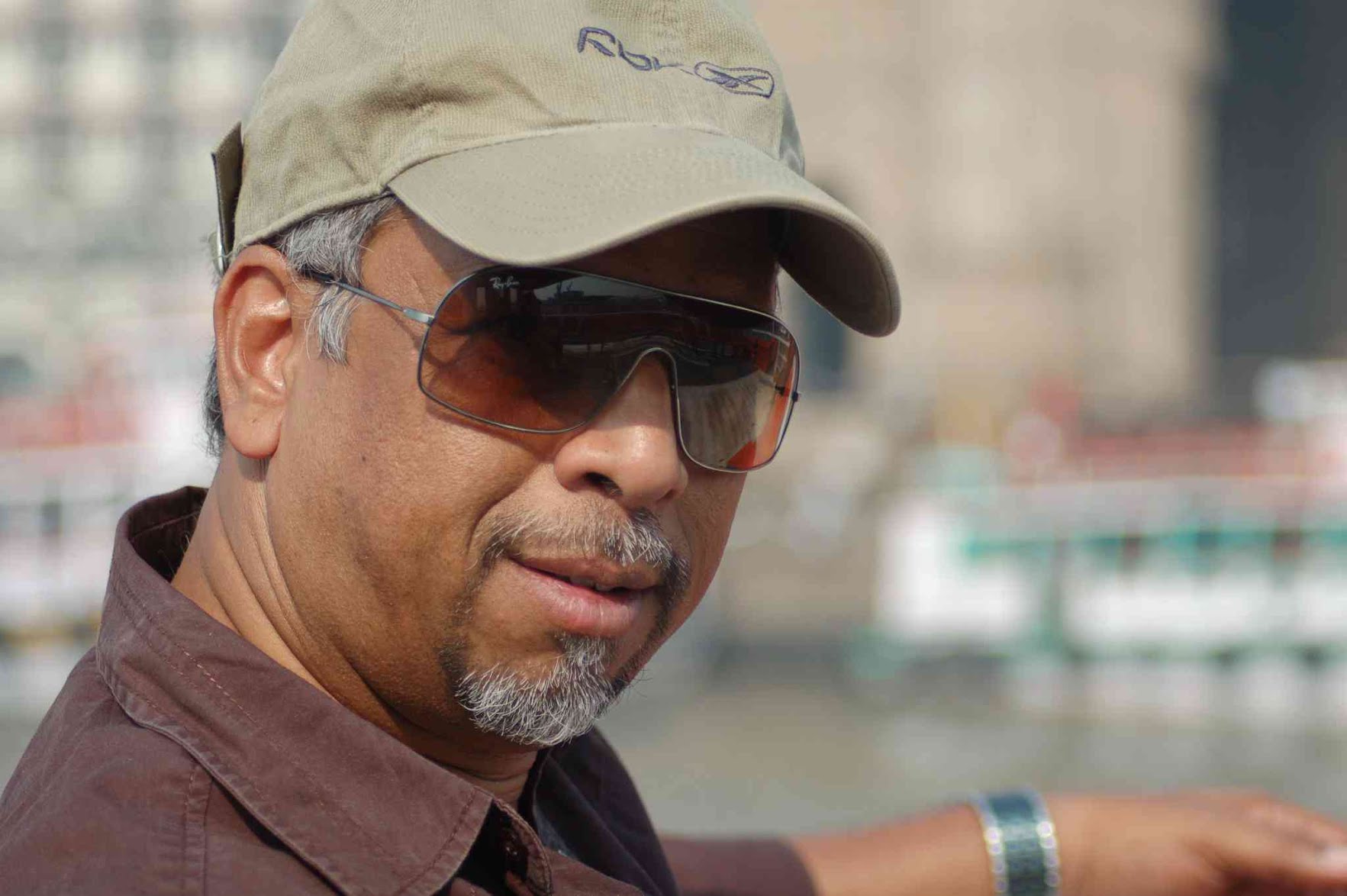 The colour scheme was simple. The exteriors were to have earthy, rough colours, lots of reds, browns, blacks. The Leh portions were to be grey. The interiors were to be warmer and have different shades of green. Why green is associated with Islamic terrorism is something I don’t know. The Pakistani flag has green. And when I did the recce for Tere Bin Laden, I saw a lot of green in local architecture.”