CPEC western route: The PAC Subcommittee recommended to the Finance Ministry and Planning Commission for release of the funds on priority basis for the ongoing projects under the CPEC. 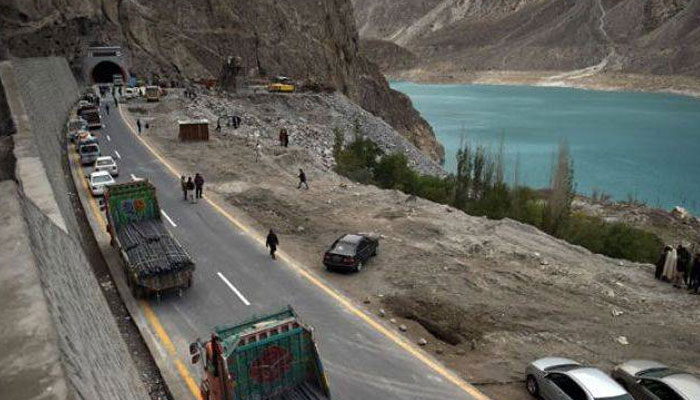 ISLAMABAD: The Subcommittee of the Public Accounts Committee (PAC) was Friday informed that the contractors of the packages 4 and 5 of Burhan-Hakla, DI Khan, of the Western Route under the China Pakistan Economic Corridor (CPEC) sent the notice of termination of contract due to non-release of funds for the ongoing projects.

The PAC Subcommittee recommended to the Finance Ministry and Planning Commission for release of the funds on priority basis for the ongoing projects under the CPEC. The Subcommittee was held with the chair of its convener Noor Alam Khan in which the audit paras related to the Ministry of Communication for the year 2017-18 were examined.

Secretary Communication Jawad Rafiq told the committee that the Planning Commission did not release the funds for the ongoing projects of the Ministry of Communication during the first quarters of the current fiscal year while for the second quarters, the Planning commission released Rs07 billion, but the expenditures and payment were pending of Rs20 billion.

He further told the committee that he was writing a letter to the Planning Commission every month and tell them clearly that if the cost of the projects were increased then the Communication Ministry would not be responsible but the Finance Ministry and Planning Commission.

He told the committee that the NHA will initiate the projects only on the commercial basis as in the past many projects were started on political basis. Senator Shibli Faraz drew the attention of Communication secretary for not starting the projects for the western rout under the CPEC.

The Communication secretary replied that agreement was made in the recent meeting with the Chinese officials in China on the inclusion of road projects of the western route. While briefing the committee with regard to three project that the committee referred to NAB, the NAB officials told the committee that it has completed the inquiry of these projects, and now, the technical opinions were sought from Pakistan Engineering Council and PPRA and hopefully their opinion comes up in one-month time.

The PAC Subcommittee directed NAB to update on these projects when the technical opinion comes from Pakistan Engineering Council and PPRA. Examining the audit para, the Audit officials objected to keeping Rs11 billion of the NHA in Zardari Tariqiati Bank and it was not transparent.

The officials of the Communication Ministry told the committee that the bids from five banks were invited, and the bank which gave the best rates of profit, so the amount was kept there and in next year, it was also kept in the same bank without offering a tender. The PAC Subcommittee directed the Finance Ministry for inquiry and to submit the report to the committee