China aims to up Nepal partnership with Belt and Road Initiative 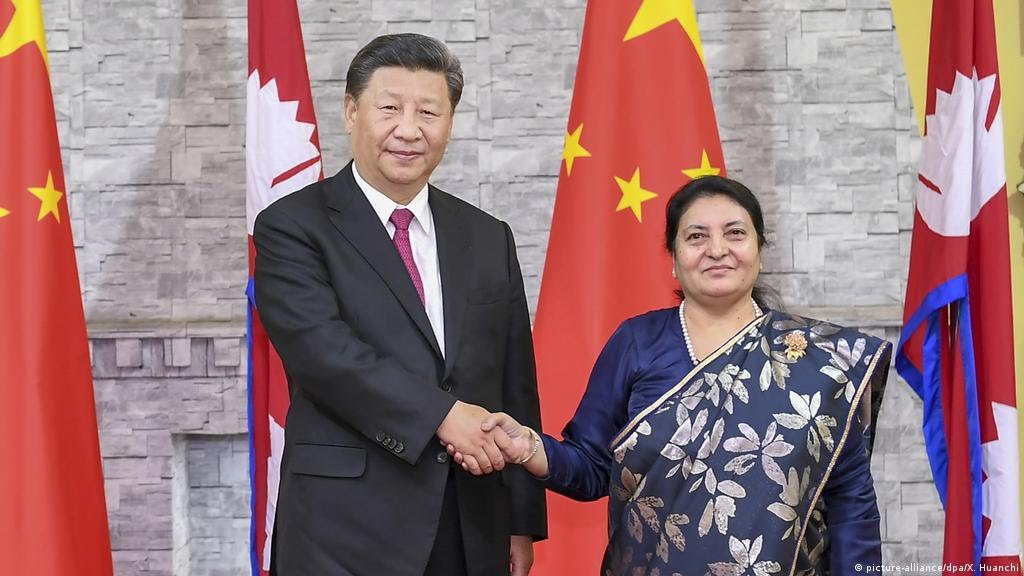 Xi Jinping has become the first Chinese president to visit Nepal since 1996. Sandwiched between regional titans India and China, the mountainous country is increasingly looking to Beijing for investment.

Xi Jinping wrapped up his brief visit to Nepal on Sunday. He is the first Chinese president in over 20 years to visit the Himalayan country.

Xi had arrived for a brief stopover on his way home from India, where he had met Prime Minister Narendra Modi for talks on combating terrorism and rebuilding ties after the Kashmir dispute.

Nepalese authorities said that President Xi promised to help their country transform from a landlocked to a land-linked nation.

"I hope the countries will enhance their connectivity," said the Chinese president, adding that Beijing and Kathmandu would elevate their relationship to strategic partnership.

In 2017, Nepal signed up to China's Belt and Road Initiative (BRI), a multinational infrastructure program that includes the building or upgrading of highways and airports in the country.

"We need foreign investment. We urge Chinese investors to invest in areas such as infrastructure, hydropower," she said.

Read more: Pakistan thanks China for 'support on Kashmir issue'

The short visit by the Chinese leader was not welcomed by everyone in Nepal. A number of Tibetans had been rounded up amid fears of protests.

Sixty years ago, China ordered troops to crush a revolt in Tibet against Beijing's rule, leaving the Dalai Lama, Tibet's spiritual leader, fleeing to India, where he still resides.

Roughly 20,000 exiled Tibetans live in Nepal, but under pressure from China, the Nepalese government has taken an increasingly hard-line stance on their activities.

Tanka Prasad Karki, a former Nepalese diplomat, elaborated further on the lack of a presidential visit. "China was waiting for a strong government in Kathmandu, as the last few decades were marked by a Maoist war, frequent changes of government and political instability."