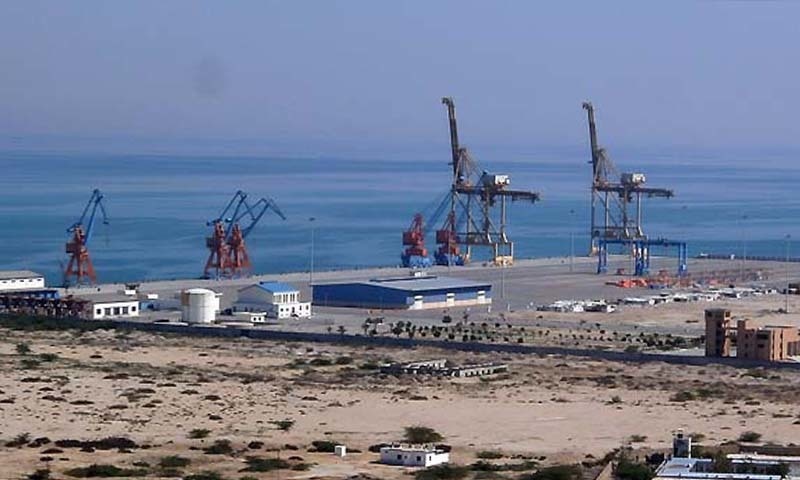 The government on Wednesday approved a number of amendments to laws aimed to provide exemptions from income tax, sales tax and custom duties to the Gwadar port and free zone until 2039, but could not decide how to give legal cover to the decision. — AFP/File

ISLAMABAD: The government on Wednesday approved a number of amendments to laws aimed to provide exemptions from income tax, sales tax and custom duties to the Gwadar port and free zone until 2039, but could not decide how to give legal cover to the decision.

A meeting of the Economic Coordi­nation Committee (ECC) of the Cabinet presided over by the Adviser to the Prime Minister on Finance and Revenue, Dr Abdul Hafeez Shaikh, asked the law ministry to come up with a legal way out — possibly a presidential ordinance or a bill — when the Federal Board of Revenue expressed its inability to issue a statutory regulatory order on the matter.

Earlier this year, the Ministry of Maritime Affairs moved a summary seeking changes in and amendments to 17 clauses of the Income Tax Ordinance 2001, the Sales Tax Act, the Federal Excise Duty and Customs Act in line with the concession agreement between the Gwadar Port Authority (GPA) and China Overseas Ports Authority.

The meeting also okays salary for the PSM and PMTF employees

A committee constituted by the ECC agreed to the interpretation of the Law and Justice Division with respect to separate and distinct character of the Special Economic Zone under the SEZ Act 2012 and the Gwadar Free Zone under the Gwadar Port Concession Agreement.

The stakeholders agreed on the amendments to 12 clauses of the Sales Tax Act and FED and Customs Act and the Income Tax Ordinance. However, the amendments to five clauses — 126 AC (regarding contractors in Schedule-II), section 153/159 (regarding certificates exemptions) and 126 AC (regarding date/time of exemptions) of the Income Tax Ordinance 200, serial number 100C (VI Schedule) of the Sales Tax Act 1990 and permission of establishment of duty free shop in Gwadar Free Zone which was incorporated earlier in the summary to the ECC — were withdrawn by the Ministry of Maritime Affairs for the time being.

Dr Shaikh told the meeting that the issue that had been lingering on for almost four years should be settled at the earliest, for which the law ministry should suggest a way forward.

The ECC also approved payment of salaries to employees of the Pakistan Machine Tool Factory (PMTF) and Pakistan Steel Mills (PSM) as well as a proposal of the Power Division for payment of electricity charges by the Sindh government as subsidy to 4,514 domestic consumers of Islamkot taluka.

The ECC directed the Finance Division to release one month’s salary, amounting to Rs355 million, for the month of June to the PSM employees and also authorised it to arrange for payment of projected net salary of Rs4.097 billion to the employees for the financial year 2019-20, to be disbursed every month to them.

Similarly, the ECC approved payment of Rs128m as salary for the period from February to May 2019 to the PMTF employees and directed the Ministry of Industries and Production to hold a meeting with the Strategic Plan Division (SPD), Commerce Division, Sindh Building Control Authority and Sindh Revenue Board to finalise a plan to hand over the PMTF to SPD after clearance of all liabilities.

The meeting also approved payment of more than Rs2bn through budgetary allocation to the Asia Petroleum Limited (APL) through the Pakistan State Oil under a technical supplementary grant from the current financial year and onwards against accumulating shortfall in guaranteed throughput due to reduced demand in refined furnace oil by Hubco.

The APL was set up in 1994 and it laid a pipeline from the port to the Hubco plant with sovereign guarantees for certain furnace oil quantities. These quantities declined following the government’s decision to scale down furnace oil consumption, making the pipeline redundant and forcing the company into losses.

It was agreed that about Rs1.2bn for the period from 2014 to 2018 had to be cleared immediately followed by Rs884m for the current year. A solution has to be found for the future.

Nadeem Babar, the PM’s adviser on petroleum, told the meeting that negotiations were in progress with Byco Petroleum, which neighbours Hubco, for utilisation of the latter’s pipeline to send surplus products to the port until the contractual obligation ending in 2027.