Laws for special economic zones under CPEC being revisited 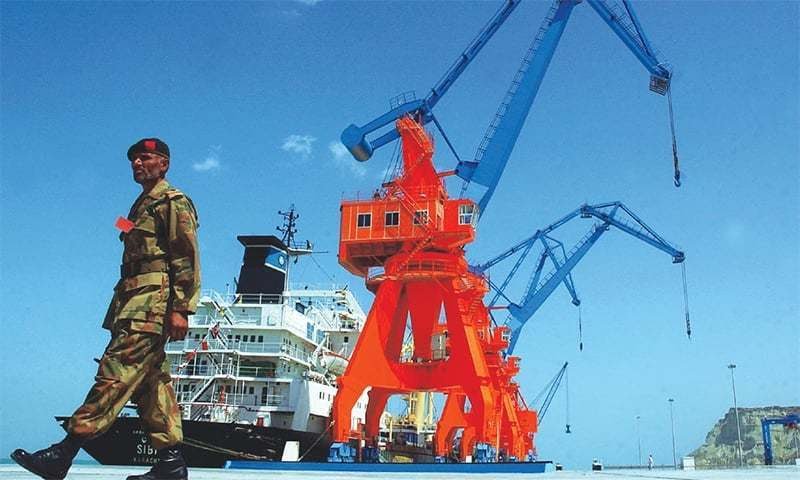 “There was no harmony between legislation and ground challenges at the time China-Pakistan Economic Corridor was conceived. The SEZ Act is being revisited to give special economic zones concrete legal backing and enhanced incentives and benefits,” Gilani said while briefing the Senate Special Committee on CPEC.

Gilani told the meeting that amendments in laws governing SEZs would help reduce current account deficit which has increased considerably in the last few years and will be beneficial to both Pakistan and China. Amendment in laws would encourage exports, he said.

The senior official claimed of unprecedented progress under CPEC in three SEZs – Rashakai, Nowshera in Khyber Pakhtunkhwa, Allama Iqbal Industrial City in Faisalabad and Dhabeji SEZ in Thatta — in the last year months.

Secretary Planning, Development and Reform Zafar Hasan said that there are nine locations identified by the provincial governments to be developed as SEZs.

“Prior to initiating industrial cooperation this government had already begun working with the Chinese on the types of benefits and concessions they would require. We did a comparative study with other countries in the region. We want to give more incentives for all SEZs because the government is targeting long term benefits,” Hasan said in his briefing.

However, the committee interpreted amendments in the law pertaining to SEZs another ‘U-turn’ of the government.

“There is very little confidence. The first thing that a business is predicated on is a certain amount of predictability of the business environment, on the tax environment and other infrastructural requirements. We are signaling no capacity to even build consistency to attract the Chinese and other investors,” chairperson of the committee, PPP Senator Sherry Rehman said.

PMLN Senator Javed Abbasi feared that all efforts of the past on CPEC projects would be rendered useless with the new amendments and described the ‘U-turn’ as troubling.

The committee also discussed the bill to set up a monitoring authority for CPEC projects. The committee was unanimous not to support any such document without approval of the parliament. Senator Rehman demanded that terms of references of the CPEC authority be shared with the members.

She said, “The Senate will oppose formation of CPEC authority through Presidential ordinance, it can only be formed by an act of the parliament and with the consensus of the provinces.”

She repeatedly stressed that the authority proposed was to enhance provincial coordination, not to centralise a faltering planning process.

“It should have provincial representation to be meaningful and seek approval of Parliament, not land in the Houses as an ordinance”, she said.

The committee showed concern regarding delay in projects under CPEC, the proposed ‘Authority’, as portrayed by the Ministry of Planning, Development and Reforms is being set to ensure timely completion of CPEC projects.

The committee took serious notice of Balochistan’s Bostan Industrial Zone for not being included in the list of prioritised SEZs.