Ditched by the ummah 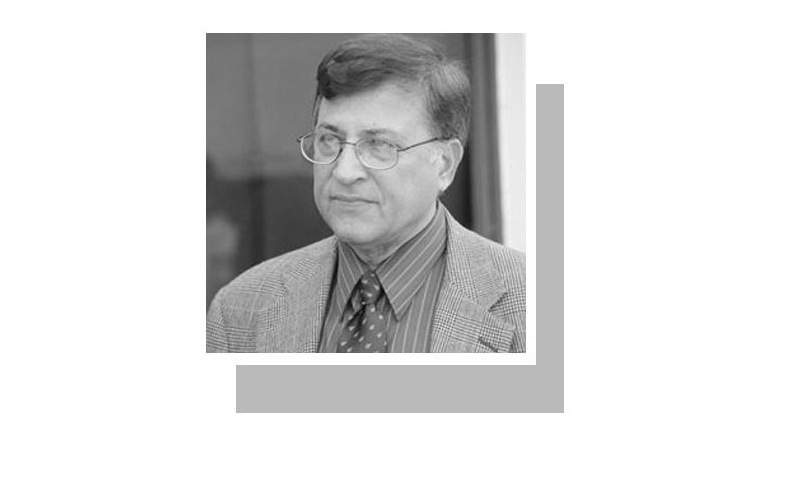 The writer teaches physics in Lahore and Islamabad.

FOR five weeks, day after day, Pakistanis have been tearing their hearts out complaining that the world has turned a deaf ear to India’s forcible annexation of held Kashmir. They were shocked when some of Pakistan’s closest allies — including the United Arab Emirates and Kingdom of Saudi Arabia — appeared to either side with India or stay silent. When PM Khan invited the foreign ministers of KSA and UAE to “explain Pakistan’s position”, many hoped that things would be reversed. So what happened?

Not much, it seems. The foreign ministers met with PM Khan and COAS Bajwa in Islamabad on Wednesday. Thereafter FM Qureshi is reported to have said, “We are hopeful that [both countries] will not disappoint us. The ministers of both countries have listened to our stance”.

There could not have been a blander statement. No one expected much, but for all three countries it was a good photo-op: Pakistan could claim it had succeeded in engaging KSA and UAE in its promised diplomatic offensive. In turn, without offending India, these two Arab states could be seen as relevant to the region. But this visit will not calm the storm of indignation in Pakistan’s media — unless the media’s minders put the brakes on.

What explains the KSA/UAE tilt towards India? In TV talk shows and from columnists one hears that ours is a dog-eat-dog world where countries care only about markets and trade, not moral imperatives. No one cares about the poor. This explanation is partly, but not wholly, true.

From the KSA/UAE perspective, Pakistan is indeed a supplicant for periodic bailouts. Last year it received over $6 billion from each. Saudis lump Pakistanis with other ‘miskeen’ (needy) people from countries like Bangladesh, Sri Lanka, Philippines, etc. The term ‘rafiq’ (dear friend), says columnist Khaled Ahmad, is reserved by Saudis only for white expats from Europe and America. Indians presently do not qualify as rafiqs, but KSA might someday consider a relook.

KSA and UAE cannot call for self-determination in Kashmir for fear of consequences at home.

India’s growing economic clout, the sophistication of its workforce, and KSA-India cooperation in counterterrorism and military matters resulted in Pakistan’s de-hyphenation from India more than a decade ago. In 2016, the Saudi king personally conferred upon Narendra Modi the King Abdulaziz Sash (KSA’s highest civilian award). Earlier recipients include Shinzo Abe, David Cameron, Barack Obama, Vladimir Putin, and Abdel Fattah el-Sisi. The list does not have any Pakistani leader.

Most recently, just after India-held Kashmir went into lockdown, Crown Prince MBS vowed to invest $100bn in India by 2021. Earlier this year he had promised to invest $20bn in Pakistan. The differential recognises the different sizes of the two economies. The latest available figures show Pak-Saudi trade in 2017-2018 at $7.5bn while India-Saudi trade in the same year was $27.5bn. Remittances from Pakistani workers in 2018 from KSA were $4.9bn; that from Indian workers were $12.2bn.

UAE showed even less concern than KSA by rubbing salt into Pakistan’s wounds. UAE’s ambassador to India, Ahmad Al Banna, defended India’s action as an internal administrative matter and a “step towards further stability and peace”. Then, on Aug 24, UAE awarded Narendra Modi its highest civilian honour, the Order of Zayed. This made Senate Chairman Sadiq Sanjrani cancel his scheduled visit to UAE.

It’s not just because of India; here’s why it is unlikely that KSA and UAE would ever support Pakistan on Kashmir. KSA is a monarchy run by the House of Saud while UAE is an autocracy run by sheikhs from different Emirati tribes. One becomes a ruler in KSA/UAE because of rank at birth, not by election or competence or any other virtue. Therefore, people cannot be allowed to express their will, advocating democracy is a punishable crime, and dissent is quashed well before it can reach the streets.

Can you imagine the consequences if KSA and UAE were to advocate the democratic rights of Kashmiris? The very next question would be: what about elections and democracy at home? KSA’s foreign minister was therefore as likely to demand democracy or plebiscite in Kashmir as he was to revealing the whereabouts of Jamal Khashoggi’s remnants.

The ill-fated Arab Spring briefly threatened regional monarchies and dictatorships but withered away long ago. As noted above, the man who helped to crush it in Egypt, General Abdel Fattah el-Sisi, is also a recipient of the Saudi Sash — alongside Modi. All Gulf countries remain fearful of street demonstrations in any shape or form. Protests for Kashmir in Bahrain after Eid prayers led to several arrests.

We must not conclude from this that KSA is uninterested in Kashmir. There appears to be a new kind of religious proxy war in the making. KSA and Iran wish to foist their respective brands of Islam onto Kashmiris; funds for mosques and madressahs and preachers from these countries are going there.

In supporting Kashmiris, national interests everywhere take primacy over all else. The recent strong rebuke to India from Iran’s Supreme Leader was presumably to bolster Iran’s standing with Kashmiri Shias — roughly 15 per cent of the population — although it could also have been an expression of displeasure at India’s de facto acquiescence to US-led sanctions on Iran.

Lest we be unjustly harsh on countries hesitating to denounce India’s actions, let us admit that Pakistan too compromises frequently on essential principles. Look at the facts: to preserve CPEC it cannot speak about the forced dispatch of Uighur Muslims to re-education camps; for fear of angering Saudis and Emiratis it dare not speak of the death and destruction taking place in Yemen; and out of greed for military and civil aid it has served America’s interests for many decades.

Will more energetic diplomacy bring dividends to Pakistan? So far nothing supports this. Of course, things could change if violence explodes in Kashmir after the withdrawal of extra Indian troops, or if war seems to be around the corner. Even then, no one expects much from Muslim countries. “The bubble of an Islamic ummah has burst,” said former Senate chairman Raza Rabbani during a discussion on Kashmir in the Senate last week. True enough, but why did it take Pakistan so long to figure that out?

The writer teaches physics in Lahore and Islamabad.