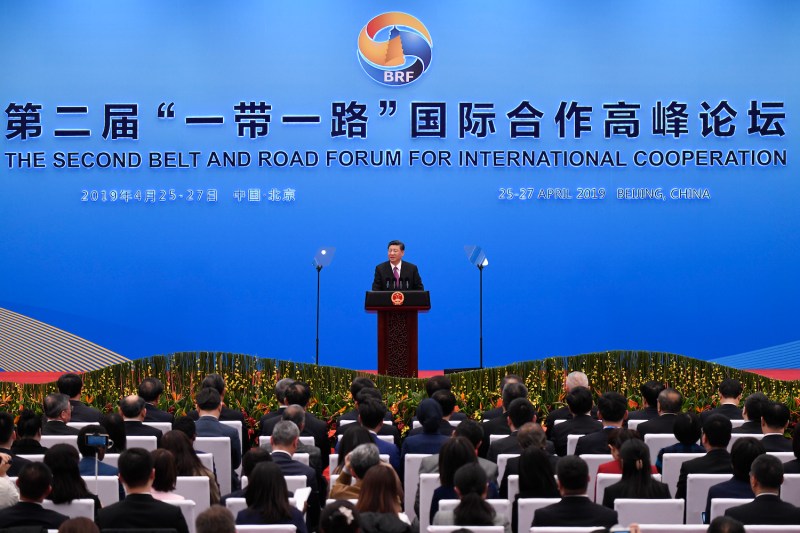 Chinese President Xi Jinping gives a speech at a press conference after the Belt and Road Forum in Beijing on April 27. WANG ZHAO/GETTY IMAGES

China’s all-embracing Belt and Road Initiative—its master plan for reorienting the economic networks of Afro-Eurasia around a Chinese core—turns six this week. Belt and Road is ubiquitous; it’s everywhere China is, and then some. But it almost never was.

The first half of the Belt and Road formula, the Silk Road Economic Belt, was accidentally launched in 2013 in Kazakhstan. The second half, the 21st-Century Maritime Silk Road, was created to assuage the jealousies of countries such as Indonesia and Sri Lanka that felt left out of the first. Neither was much more than a public relations gimmick, but both have captured the world’s imagination as no other foreign-policy program since the Marshall Plan has.

The Belt and Road hoopla all got started on the steppes of Central Asia, in a place the Russian tsars called Akmolinsk, the place of snowy graves. The Bolsheviks gave it the more optimistic name of Tselinograd, the city of virgin lands. Newly independent Kazakhstan made the city its capital and renamed it Astana, which is Kazakh for, well, “capital.” Then, this March, when independent Kazakhstan’s one and only post-Soviet president stepped down after 30 years in power, his acting successor immediately proposed renaming the capital after his predecessor. And so the capital city got another new name: Nur-Sultan, which also means “Sultan of Light” in Kazakh.

As if having a city named after you weren’t enough, the former president also has his namesake Nazarbayev University, founded in 2010 to be the country’s flagship institution of higher education. And so when in September 2013 China’s new president, Xi Jinping, made his first get-to-know-you spin around the countries of the former Soviet Union, he popped in at Nazarbayev University to pay his respects.

There he delivered a speech with the typically communist title “Promote Friendship Between Our People and Work Together to Build a Bright Future.” Given the location of the speech at the heart of Central Asia, Xi naturally enough framed his comments around the idea of the ancient Silk Road. In what must have seemed like a throwaway line at the time, he proposed the resurrection of an economic belt along the Silk Road, to be fostered by increasing people-to-people ties.

To be sure, Xi devoted only a few sentences of his Sept. 7 speech to this generic plea for neighborly relations. He said nothing about the prospect of Chinese financing or a grand plan for the resurrection of Chinese dominance. China’s Ministry of Foreign Affairs didn’t even issue a press release.

That’s hardly the stuff of a major policy announcement. But international commentators in countries such as Russia, Pakistan, Afghanistan, and even France seized on the idea of China’s new Silk Road, so much so that the state news agency Xinhua itself seems to have been taken by surprise. The day after Xi’s speech, Xinhua reacted with a 551-word piece with the self-explanatory headline “Xi’s speech on China-Central Asia ties catches global attention.”

Apparently turned on to the fact that the catchphrase “Silk Road economic belt” was getting good press, the Communist Party’s China Daily picked it up and started using it in its coverage of the speech. Even so, a week later, the Ministry of Foreign Affairs still had nothing to say about it.

By the time Xi made his next international trip three weeks later, this time to Southeast Asia, the “new Silk Road” script was in place. The ten countries of the Association of Southeast Asian Nations (ASEAN) were hungry for investment. Xi was ready to offer it. In an Oct. 2, 2013, speech to the Indonesian parliament, Xi proposed the creation of a Maritime Silk Road of the 21st century.

Even that speech devoted just 100 out of 3,200 words on the latest Silk Road. He did raise the concrete prospect of an Asian Infrastructure Investment Bank, which would go on to fund many of the projects that became part of the Belt and Road Initiative, but he seemed equally concerned about promoting the expansion of the China-ASEAN free trade area.

It took more than a year for the new Silk Road idea to grow from a foreign-policy meme into a full-fledged foreign-policy doctrine. China’s first tangible financial commitment, the $40 billion Silk Road Fund, was launched on Nov. 8, 2014, and China’s State Council finally unveiled framework principles for the Belt and Road on March 28, 2015. The Asian Infrastructure Investment Bank opened at the end of 2015, with $100 billion in capitalization. 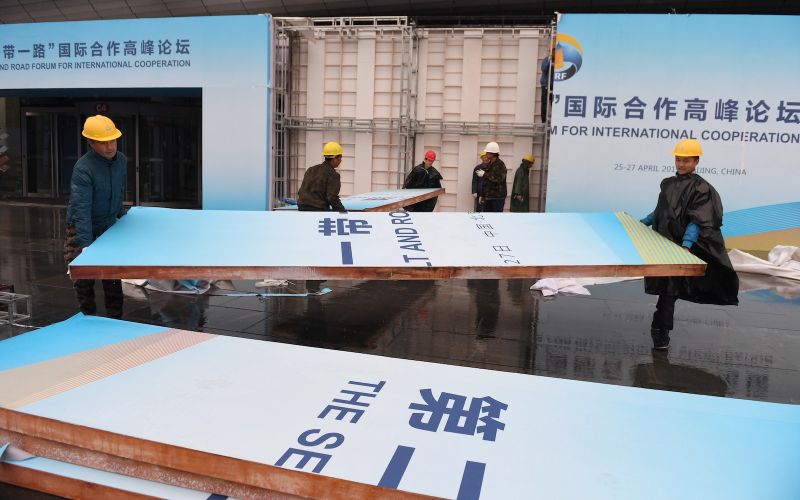 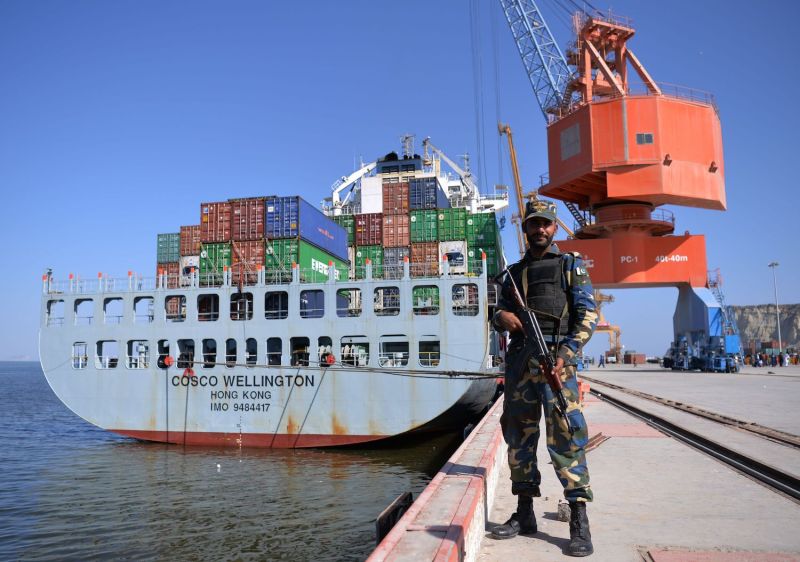 Will Balochistan Blow Up China’s Belt and Road? 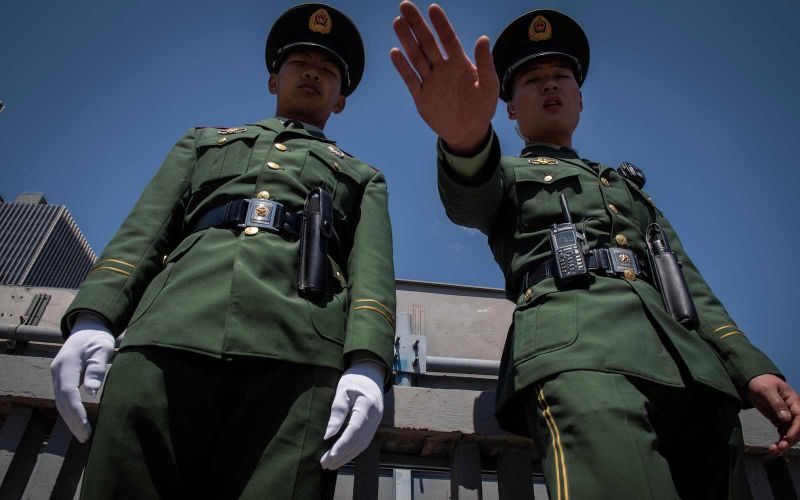 China wants all of its neighbors, near and far, to join the initiative, but it’s not clear just what that means in practice. China’s foreign-policy doctrines are full of face-saving and face-enhancing but ultimately empty declarations. Before Belt and Road, the Chinese diplomatic term of art was the “comprehensive strategic partnership”—many close U.S. allies, including Australia and the United Kingdom, are, in theory and by declaration, comprehensive strategic partners of China.

China wants all of its neighbors, near and far, to join the initiative, but it’s not clear just what that means in practice.

Unlike far-flung Germany and Australia, Pakistan is nominally considered a crucial transit country linking the initiative’s overland Belt with its maritime Road. The key bit of infrastructure bridging the two is the 800-mile Karakoram Highway over the Khunjerab Pass, which connects western China’s remote Xinjiang province to mountainous northern Pakistan and, ultimately, the Chinese-owned Gwadar Port on the Arabian Sea.

That tells you just about everything you need to know about the Belt and Road Initiative: It’s still little more than a public relations ploy, consisting mainly of the repackaging of previously announced projects, many of them on hold or years behind schedule. In that, it resembles nothing so much as the United States’ own all-but-forgotten New Silk Road initiative, announced in 2011 and briefly resurrected by the Trump administration in 2017. The fact is that trade and investment flow where the money is, and the money hasn’t been in Central Asia for 500 years. No amount of press coverage is going to change that.

Salvatore Babones is an adjunct scholar at the Centre for Independent Studies in Sydney and an associate professor at the University of Sydney. Twitter: @sbabones