An excerpt from ‘Sita Under The Crescent Moon’, a chronicle of a woman’s search for faith in Pakistan. At Hub Chowki, a historic-city-turned-transit-town is now the gateway between Sindh and Balochistan. Those travelling through are greeted by a road sign that reads “Mundra” – a Sanskrit word meaning temple or place of worship or chasm – overshadowed by a larger sign with a new name, proclaiming, in bold Arabic script, “Seerat”, meaning inner beauty, heavenly light hidden from view, veiled. These are the many paths to the sacred and the beautiful that abound in the Islamic Republic of Pakistan. May the goddess protect us.

I was on my way from the city of Karachi, once a humble fishing hamlet and now the seventh largest city in the world, to the elusive temple of the Goddess Durga at Hinglaj. The temple was nestled in the heart of a lush oasis halfway along the barren coastal belt of Balochistan: Pakistan’s largest province by land mass, but with the smallest population.

I rode through an endless expanse of sky, sea and sand broken by brooding dark mountains, humble fishing hamlets and ancient Baboor trees, their sinewy branches looking like sadhus in repose and an occasional camel trotting by past the road that led to Hinglaj. The temple mountain, located in one of the most remote places in the world, was the resting place of the devi the locals called their Nani Pir, or great mother saint.

In 2016, I returned to Karachi, the city where I was born, after seven years of living in New York. I used to work as a model in Karachi, I came back to it as a writer.

The cityscape of the southern port area had changed even as much as it remained the same. The skyline was filling up with tall towers, glinting silver under a scorching sun. We used to frequent the main seacoast area as children, riding camels and eating candy floss. On one occasion my mother had taken us – stuffed all the children of the family, siblings and cousins both, into her car and drove us through heavy rain to see the approaching cyclone that never arrived. This area was now barricaded by a gateway with an entry fee.

The province of Balochistan was the darkest corner of the country. My grandfather Sheikh Abbas had travelled there regularly in his open jeep, conducting land surveys for a development project in Hub, when he was working as a civil engineer in the nineties. Now, as I crossed the two rivers named Lyari and Hub, both of which flowed into the Arabian Sea dividing the provinces, a full-fledged uprising was underway in Balochistan.

The Sarmachaar – a Balochi word meaning men with their head held in the palm of their hand, crying for freedom of the land and in revolt – were in battle with the state. This war went back to the very inception of Pakistan. With its legacy of dictatorships, the state responded to each insurgency since 1947 with the iron-fisted might of the military, silencing voices of dissent in and around this land rich in resources and peopled by the poor.

Hinglaj, in the heart of the province, is as sacred as it is remote. The ancient temple is located along an endless terrain following a coastal route that reaches beyond the Malabar region in south India and extends further up north, past Rajasthan, then the coastal cities of Iran. I read somewhere that the road between the sea-facing shrine of Abdullah Shah Ghazi in the port city of Karachi and the shrine of Haji Ali, half submerged in the sea in Bombay, was once a route well-travelled by pilgrims of the Sufi order – before the borders got in the way.

These pathways of dust, ancient routes of pilgrimage rising off naked feet, are dotted by graves, some of them marked by tinselled red and green cloth, others disappearing into the earth; testament to the centuries of pilgrims who made their way to Nani Pir in Hinglaj.

Durga, born to King Daksha as Sati, says the Mahabharata, observed strict penance, making sacrifice of body and soul to attain Shiv as her husband. At Daksha’s yagna, a ritual ceremony, priests sat around a sacred fire performing sacred rites. All the deities of the heavens were invited to Daksha’s yagna except Shiv and Sati. Uninvited, Sati made an appearance, and was insulted by her father. Her sisters were far more distinguished and worthy of honour than she was, Daksha said.

Sati, looked towards the gathering, “My husband Shiv, the lord of lords has been insulted for no good reason,” she said. “The scriptures say those who steal knowledge, those who betray a teacher and those who insult the lord are great sinners.” Durga then flung herself into the flames of the ceremonial fire, the sacred yagna turned into the means for a sacrificial pyre.

Learning of the death of his wife, Shiv, in a state of fury, took a strand of his hair and turned it into a fearsome creature that beheaded Daksha. Yet, the yagna had to be completed; Daksha was restored with a goat’s head. But Sati’s soul could not be brought back. In despair, Shiv, carrying Sati’s body in his arms, standing above the universe, began a dance of destruction.

To save the heavens, Lord Vishnu sent forth one of his powerful chakras that hacked at Sati’s body; taking Sati away from Shiv, breaking his hold over – and his attachment to – his beloved. The pieces of her body, fifty-two in all, fell to the earth. The places where each part landed became sacred temples of worship. Durga’s anklet and neck fell in the valley of Kashmir. The head landed on a remote mountain in the heart of Balochistan; that most dangerous of provinces, in a country perpetually at war, to became the site of remembrance for a woman’s sacrifice.

I left Karachi on the morning of the ninth day of Moharram, a big night in the commemoration of another narrative of a family torn apart and dismembered.

These were the events of Karbala, when family members of the Prophet Mohammad – his grandson Hussain in company of mostly women and children – were killed on the battlefield. He had dared to lay claim to political leadership and the ruling polity surrounded him with a massive army, and without the mercy of a single drop of water, took their innocent lives.

During Ashura, the first ten days of the month of Moharram, millions of Muslims remember and mourn the sacrifice of those who refused to bow to injustice. I left behind a Karachi under curfew, blocked by shipping containers to keep in check the thousands of mourners flowing through the centre of the city. Rallies full of the grieving, who were remembering the bloodshed of innocents and inflicting fresh wounds on their bodies, their blood flowing afresh on the streets: a Moharram relived.

It was truth I sought as I made my passage into Balochistan, armed with a notebook, camera and an audio recorder, with a vague outline of a story in my head.

I was accompanying a family of yatris on a pilgrimage to the temple, entering the heavily patrolled and policed borders of the province with them. It was also the last night of Navratri, the festival celebrating the victory in battle of the goddess Durga over a demon buffalo to restore dharma, the order of the cosmos. Sati’s suffering and sacrifice and the joy of her victory were remembered like Moharram, like mohabbat; love in the heart, eternal and ever-flowing like the suffering that was life on earth.

Sati was a woman celebrated as a goddess after she was immolated. Her sacrifice, like the sacrifice of Karbala, was a reminder: nothing came without a price in this world. Like the shaheed lays down his life in struggle, the sati burned for a greater truth. Where the word “shaheed”, in Arabic, is one who proclaims or one who witnesses the truth, the word “sati”, in Sanskrit, means “real, true, good or virtuous”. Sati, the woman, burned on her husband’s funeral pyre.

Sati was also alive – the Hinglaj Mata I met in Balochistan.

The local legend surrounding Nani Pir was that the great mother saint taught a lesson to an evil king, Hinglaj, notorious for raping the women of his own kingdom. Durga is said to have roamed the gardens of the king’s palace in the roop of a beautiful woman until the king, in pursuit, followed her into the wilderness, where she transformed into a terrifying deity. The king, realising his folly, begged forgiveness and promised to serve the Mata. Durga granted him pardon and turned into a stone murti, revered to this day by people near and far looking to the great mother for justice.

The writer, Annie Ali Khan, died in an accident in Karachi in 2018, before the publication of this book. 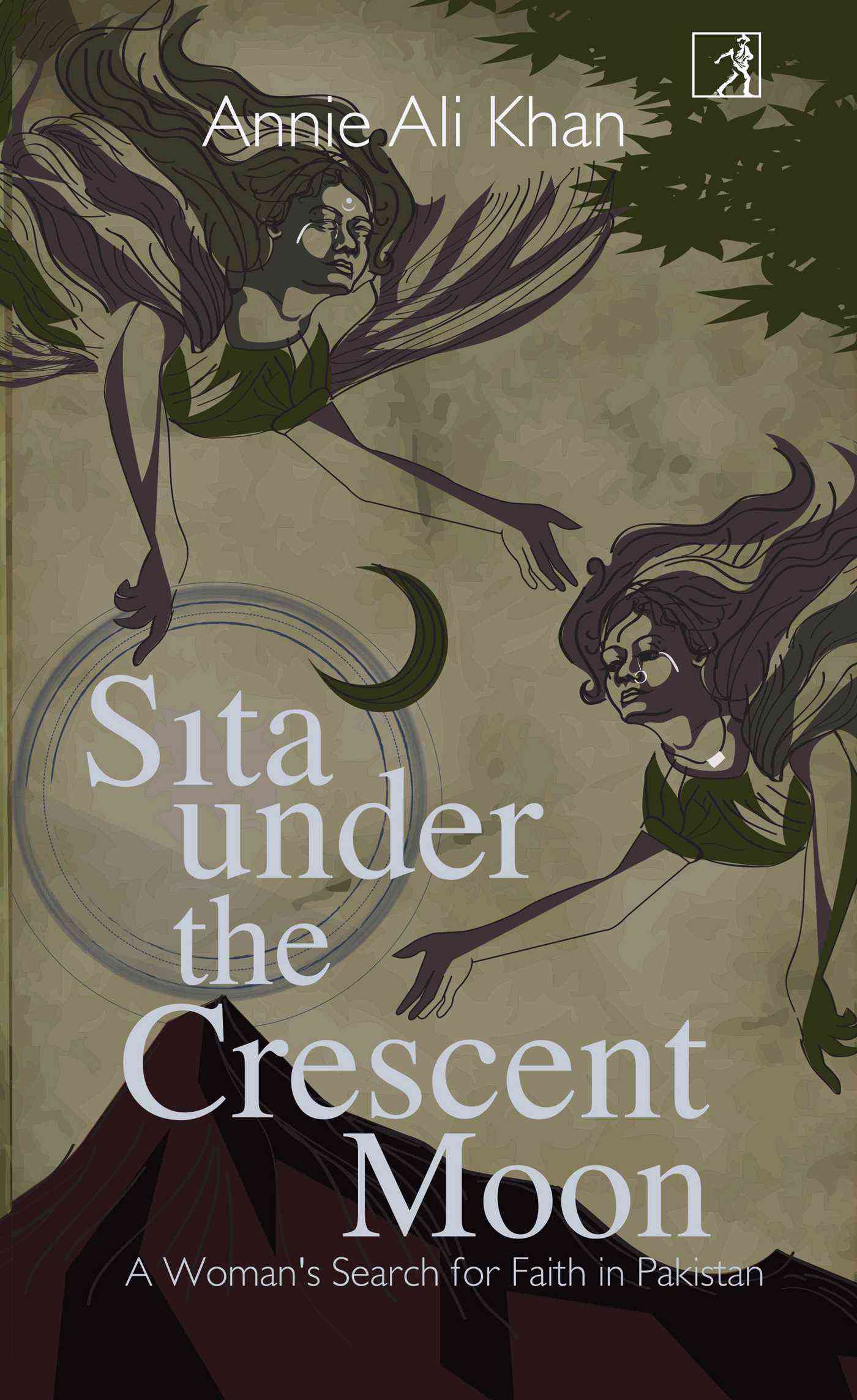 Excerpted with permission from Sita Under The Crescent Moon: A Woman’s Search for Faith in Pakistan, Annie Ali Khan, Simon & Schuster.

Support our journalism by subscribing to Scroll+ here. We welcome your comments at letters@scroll.in.