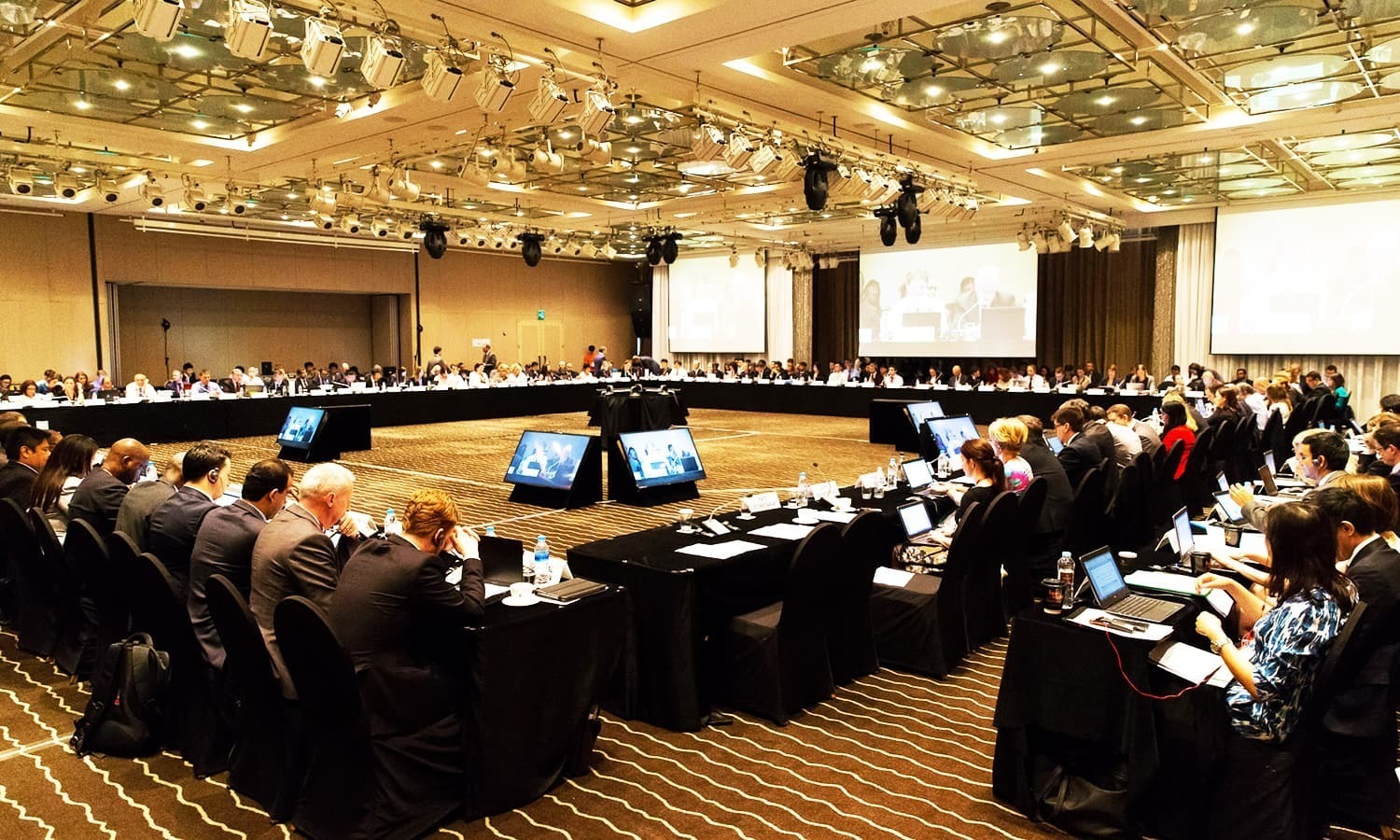 Three separate evaluations currently in progress will determine Pakistan’s possible exit from the grey list of the Financial Action Task Force (FATF) by the mid of October. — FSC.go.kr/File

ISLAMABAD: Three separate evaluations currently in progress will determine Pakistan’s possible exit from the grey list of the Financial Action Task Force (FATF) by the mid of October.

A senior government official told Dawnthat Asia-Pacific Group — the regional affiliate of the FATF — was currently conducting in Canberra (Australia) five-year mutual evaluation of Pakistan’s progress on upgrading its systems in all areas of financial and insurance services and sectors.

This round is not directly linked to Pakistan’s performance on its highest level commitments with the FATF on money laundering and terror-financing, but its assessment report can indirectly impact the country’s position to move out of the grey list. The assessments, represented from Pakistan by State Bank of Pakistan Governor Baqir Reza, will conclude on Aug 23.

Pakistan has submitted its compliance report on 27-point action plan committed with the FATF to the APG, which is reviewing its compliance on about seven areas mostly relating to financial and insurance services and facilities as part of an ongoing five-year review cycle. These areas cover safeguards against money laundering and terror financing by banned outfits and non-government entities through banking and non-banking jurisdictions, capital markets, corporate and non-corporate sectors like chartered accountancy, financial advisory services, cost and management accountancy firm, jewellers and similar related services.

The official explained that the five-year review by the APG, which had been under way for nearly two years, would conclude on Aug 23. As part of this process, he added, the countries were given future targets in view of changing technologies, practices and latest techniques and scopes.

This will be followed by another round of mutual evaluations by the APG starting September 5 in Bangkok (Thailand) that would become a key basis of Pakistan’s final review by the FATF at its plenary and working group meetings scheduled for Oct 13-18 in Paris.

The Paris plenary will also take up a separate assessment by the United States Treasury Department regarding Pakistan’s compliance with global commitments against money laundering and terror financing.

The official said the US had taken a supportive stance towards Pakistan in recent months following engagements at the highest political and collaborative approach towards Afghan peace process. He said at least five consultants engaged by the World Bank, the US authorities and other international agencies were helping the key stakeholders, including Securities and Exchange Commission of Pakistan (SECP), National Counter-Terrorism Authority (NACTA), State Bank of Pakistan (SBP) and Federal Board of Revenue (FBR), to take actions and formulate reports keeping in mind the international perspective and come up to the FATF standards.

During a recent visit, a US delegation led by Ambassador Alice G. Wells, Acting Assistant Secretary of State for the Bureau of South and Central Asian Affairs, had also advised Pakistan to show tangible actions against banned organisations and their leaderships to pacify more countries towards supporting its case to move out of the FATF grey list.

The official said Pakistan had made significant progress in this regard over the past one year. The National Assembly’s Standing Committee on Finance had cleared two critical bills relating to amendments in Foreign Exchange Regulations and anti-money laundering law, but the US, APG and FATF expected Pakistan to ensure these drafts attain the finality as laws, properly passed by the parliament, before the Oct 13-18 plenary.