The price of censorship 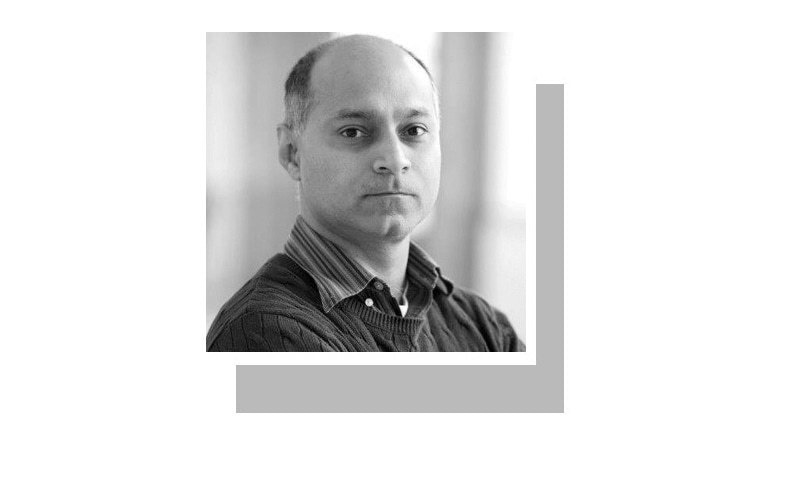 NOW here is something interesting. On Friday, a devious little piece of mischief was perpetrated by an Indian wire service, and it spread to Pakistan and roiled the capital markets for a full day. It took nearly 24 hours to eradicate this virus from our news flow, and in the course of doing so, an important vulnerability was exposed.

Pakistan was one of the countries whose evaluation report was up for discussion at the Asia Pacific Group (APG) meeting in Canberra that ran from Aug 18 to 23 last week. Once that discussion concluded, word from the government here was that all had gone well, that the Mutual Evaluation Report “has been adopted” notwithstanding a few gaps which are scheduled to be addressed soon.

Pakistan’s evaluation ended early during the meetings, and by Wednesday word was out that the report has been adopted. By Thursday it was in the papers. Then on Friday the virus broke out. A story was put out by the Press Trust of India, the government’s wire service, saying that Pakistan has been “blacklisted” by the APG for failing to comply. And from there it spread like wildfire.

Because of the insidious attacks launched from the government’s own platforms on the media as an institution, people are losing trust in both.

One after another, Indian news organisations picked up the story and ran it as is, because after all, it had come from a state-owned (although autonomously operated) wire service. Here was one of the operational parts of the report: “‘The APG has placed Pakistan in the Enhanced Expedited Follow Up List (Black List) for failure to meet its standards,’ an Indian official privy to the development said.”

Notice what the sentence does. It reports what has happened at the APG event (“…placed Pakistan in the enhanced expedited follow-up list…”) and adds the words “black list” in parentheses. Meaning APG has not blacklisted anybody, but the word is cleverly inserted into the narrative.

But that’s far too fine a nuance for most readers, evidently even those in newsrooms. When the news jumped from print to broadcast television, it shed all caveats and parentheses and quotation marks and attributions. The news became simply that “Pakistan has been blacklisted by FATF”. From here it jumped the shores and was picked up by media from other countries, particularly Gulf News coming out of the UAE.

Of course no such thing as blacklisting had actually happened. What happened was that certain gaps were found in Pakistan’s compliance with certain commitments that were supposed to have been delivered by October 2018 (last year), and since those few items were not delivered upon, the APG decided to enhance the pace of its follow-up. Where they used to meet every six months, they were now going to meet every three months, to monitor compliance.

But the virus was out. From wire service, to web, to TV to print, it leapt to social media and pretty soon phones were ringing and pinging all over the country here as people asked each other whether it was true. “Have you heard the news? Everybody is talking about it! Is it true? Has Pakistan been blacklisted?”

Two meek, lethargic, disinterested rebuttals came from the finance ministry. But in the meantime, the stock market began to plummet. That week had seen a bull run that drove the market up by 3,121 points, the first such sustained rise in many, many months. On Friday, the bull run was on its way to scoring another day, with the market up by more than 200 points by noon. And then the news arrived.

Brokers panicked, investors halted trades, and links and news items began to be furiously exchanged on WhatsApp groups. The government’s lethargic rejoinders, saying blandly that the news “is incorrect and baseless” ran on a few TV channels but had no effect. One web edition of a newspaper ran a story sourced to government officials directly involved in the talks, but to no effect either. A few brokers reached out to FATF directly, and asked whether it was true that Pakistan had been blacklisted and received the reply that FATF is set “to examine Pakistan’s action plan progress in its October meeting”. Meaning there cannot possibly have been any blacklisting at this stage by FATF.

It was not until the APG statement came out saying “enhanced monitoring” instead of “blacklisting” that people began to be comforted.

This was a little episode, where a devious and small play on words created an effect that triggered large-scale anxiety in the country. Why was the system here so vulnerable to this suggestion coming from India? Because we cannot trust what the government tells us about these sorts of things any more, some brokers told me. What about the media independently verifying it? I ask them. “You guys will just say what you are told to say” comes the reply.

That vulnerability is what was exposed on Friday. There is this window, this gap in trust between the people and the institutions that govern them, that rule them, that are supposed to keep them informed. And on Friday, through this gap, through this window, came an insidious little play on words that induced a minor tremor in our system. Next time the play could be around something bigger, something that perhaps cannot be swatted away within 24 hours. Next time the tremors could extend beyond the trade floor. This is a critical vulnerability, and it can only be closed by once again allowing the media to perform the role that it is supposed to perform in a constitutional, law-based society: holding government accountable, keeping people informed.