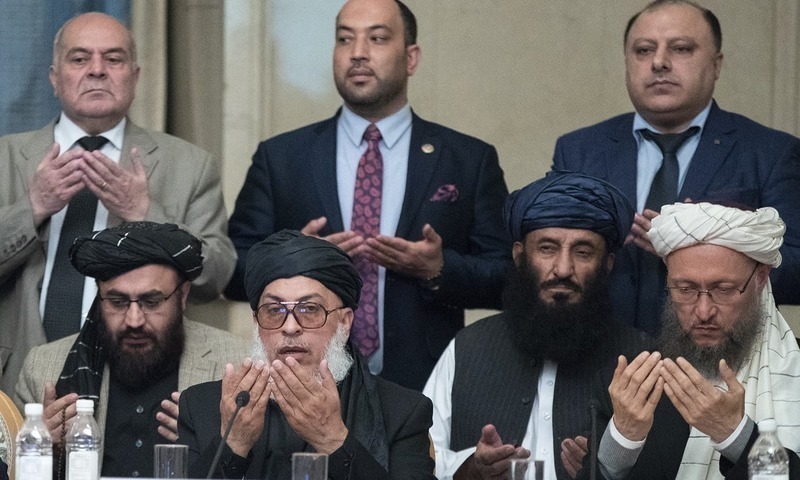 PESHAWAR: The Afghan Taliban and the United States have reached an agreement on a time frame of pullout of foreign forces from Afghanistan, Taliban chief spokesperson Suhail Shaheen said on Friday.

“We have an agreement on a time frame for the withdrawal”’ he told Dawn from Doha over the phone. “Discussions are now focused on its implementation mechanism.”

“We have had general discussions today,” he said about the day two of the ninth round of talks between the United States and the Taliban representatives that started on Thursday in Qatar. “Tomorrow, we shall have discussions on the implementation part.”

The US and the Taliban have held eight rounds of negotiations in the past year on issues, including a US troop withdrawal, a ceasefire, intra-Afghan negotiations to follow and Taliban guarantees that Afghanistan will not be a launch pad for global terror attacks.

The Taliban refuse to recognise the Ashraf Ghani government but have been saying that they would sit for an “intra-Afghan dialogue” as part-II of the overall peace agreement once they reached an agreement with the US on troop withdrawal time frame. Taliban say they recognise the Afghan government as a key player only.

Mr Shaheen wouldn’t say anything about the time frame, but Afghan media quoted Taliban sources as telling them that the time frame of withdrawal of US troops would be between 15 months and two years. He avoided to confirm the time frame, but said a formal announcement would come when both sides agreed on the implementation mechanism.

While the US has so far not said anything about the time frame, a State Department official told AFP that US special envoy to Afghanistan Zalmay Khalilzad and his team “have made progress on advancing a peace process”.

Washington is hoping to strike an agreement with the Taliban by Sept 1 — ahead of Afghan polls due the same month, and US presidential polls due in 2020.

Afghan President Ashraf Ghani on Thursday night asserted that his government would see the final draft of a US-Taliban agreement for a “comprehensive discussion” before it was signed.

Afghanistan would not be significantly affected even if 5,000 US forces left in the next five months, an option that has been under discussion, he added in a nationally televised interview.